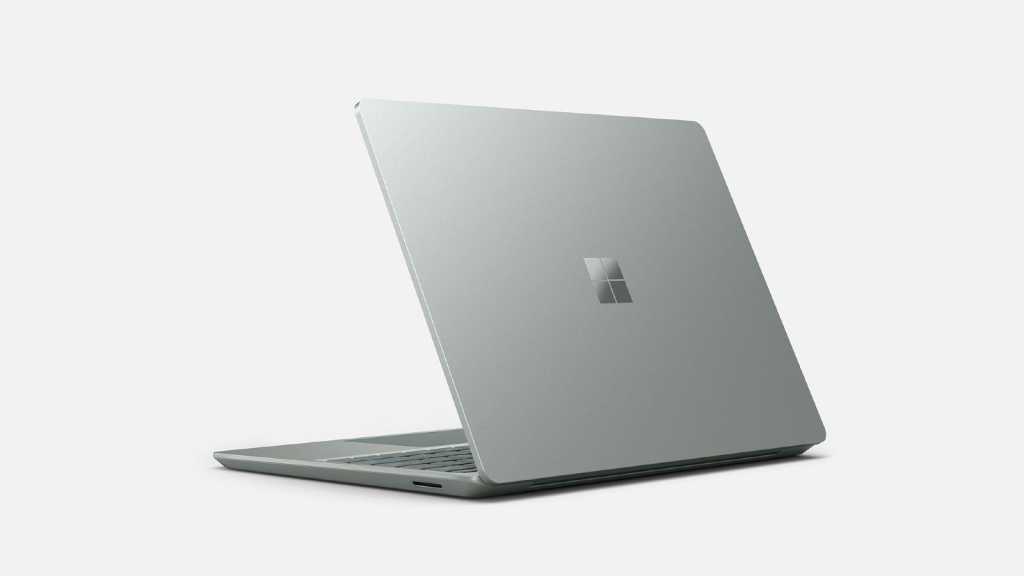 The Surface Laptop Go 2 is available now. Microsoft revealed its new student-focused laptop in a low-key launch on 1 June, before it went on sale six days later.

As is often the case with second-gen products, the Laptop Go 2 doesn’t introduce wholesale changes. You get a more recent Intel CPU and integrated GPU, new ‘Sage’ colour option and Windows 11 pre-installed, but elsewhere it’s more of the same.

That’s probably not a bad thing, especially with the low-spec entry level model ditched in favour of a much more capable configuration. If you’re based in the UK or US, here’s everything you need to know about buying the Surface Laptop Go 2 right now.

How much does the Surface Laptop Go 2 cost?

Microsoft has taken the unusual step of making the Surface Laptop Go 2 cheaper than its predecessor in the UK, but more expensive in the US. The latter can be justified by dropping the model with 4GB of RAM and 64GB of eMMC storage, making the £20 UK price drop even more impressive.

Here are the three options available to consumers:

If you’re buying the business version of the Laptop Go 2, expect to pay around £80/$100 extra for each configuration. A fourth model is also available here:

This is more than most people would be looking to pay for a device like this, but the option is also available to consumers via the Surface for Business website in the UK and US.

Where to buy the Surface Laptop Go 2 in the UK

If you’re looking to buy the device right now, there are only two options in the UK. Even then, Amazon has limited stock:

Where to buy the Surface Laptop Go 2 in the US

The situation is slightly better in the US, but the Microsoft Store is still the only place to buy the cheapest model:

We’ll update this article if any other retailers begin stocking the Surface Laptop Go 2 – more are likely.

In short, not much. The Surface Laptop Go 2 has an identical design to the original, unless you opt for the new ‘Sage’ finish. A 12.4in, 1536×1024 LCD touchscreen is unchanged – unlike the Pro 8 and Laptop Studio, it remains at 60Hz.

Undoubtedly the biggest upgrades can be found under the hood. The Core i5 CPU listed above is from the 11th-gen Tiger Lake range, rather than the newer 12th-gen. Specifically, it’s the i5-1135G7, which combines with the latest Iris Xe integrated graphics.

You also get 4- or 8GB of RAM, although the former comes without a fingerprint sensor built into the power button. That’s a feature you’ll probably want, considering the “upgraded” 720p webcam doesn’t have a separate IR sensor for face unlock.

The other change compared to the original is relatively insignificant. The Laptop Go 2 runs Windows 11 Home out of the box, but it’s predecessor can easily be updated to run the same software.

It remains to be seen whether the Surface Laptop Go 2 will be good enough for our budget laptop chart. The device looks set to be a real contender for students, but most business customers will want to look elsewhere.