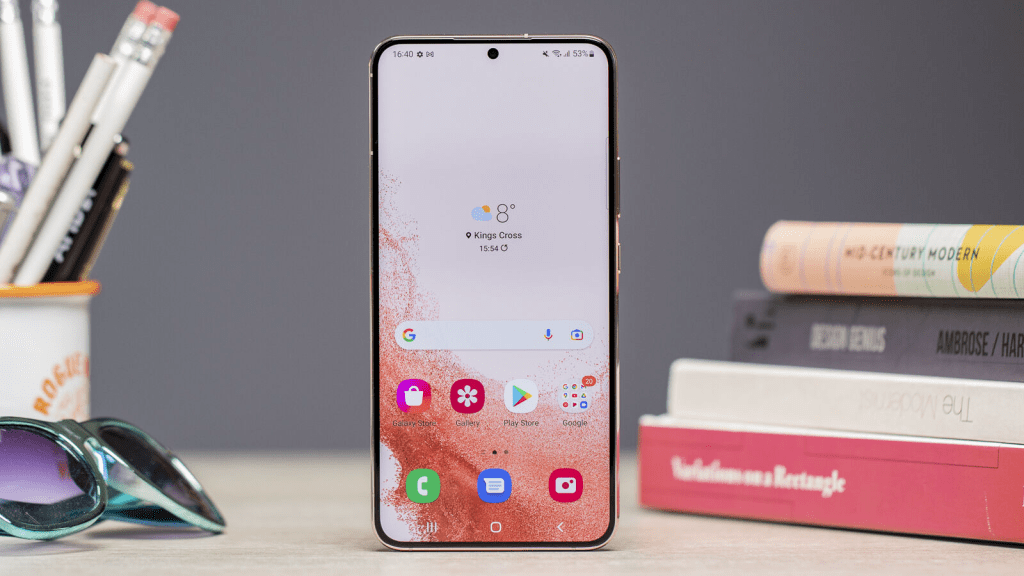 This year’s Galaxy S22 series has proven a winner, especially the top tier S22 Ultra. Samsung isn’t done yet though, and the company is already hard at work on 2023’s Galaxy S23 series, once again expected to feature three phones, led by an Ultra.

So, what should we expect when the Samsung Galaxy S23 range arrives? Here’s all we know so far.

When will the Samsung Galaxy S23 be released?

Samsung has a pretty reliable schedule for its Galaxy S phones. We usually see them announced and launched in either January or February each year. As an example, here’s when the last few generations were unveiled:

Usually these launches include the standard S model, alongside the Plus and Ultra variants – these are the models we’ll focus on in this article.

In 2020, Samsung introduced the FE (Fan Edition) models, which are essentially a toned down version of the standard S model. These have had a more sporadic release schedule so far, but always launch months after the other models, with the Galaxy S20 FE arriving in October 2021 and the Galaxy S21 FE launching just ahead of the S22 range in Feb 2022.

From the rumours we’ve seen so far, along with the pattern already established by Samsung, we expect to see the Galaxy S23 models take their bow in February 2023, likely shortly after the Samsung Galaxy S22 FE if it arrives – some rumours say the FE model has been cancelled.

How much will the Samsung Galaxy S23 cost?

Again, with no official word from Samsung so far, we’ll need to look at the past few generations to get an idea of the pricing that may accompany the S23 release.

First up, here’s how the regular models have lined up:

Then there’s the Plus models:

And finally the Ultras, where we see a little more variation:

The last couple of years have seen Samsung settle on pricing structures for the range, so we don’t think there will be much change to this with the Galaxy S23 range.

What features and specs will we see in the Samsung Galaxy S23?

With the launch of the S23 range still off in the distance, we haven’t had any confirmations from Samsung on what the hardware will look like. Of course, this hasn’t stopped the rumour mill from reporting on leaks and news on what we may see.

Samsung usually fits its Galaxy-class devices with the latest processors, which in this case is likely to be the Snapdragon 8 Gen 2, expected to launch this November.

Traditionally, the company has used Qualcomm chips in the US and some other territories, while Europe and India gets the Samsung’s own Exynos processors. This is apparently set to change this year though, with Qualcomm itself announcing that it’s struck a deal with the Korean giant that will see it supply Samsung with Snapdragon chips through 2030.

During an earnings call Qualcomm president and CEO Cristiano Amon announced that “Snapdragon will power their Galaxy product line, their Galaxy flagship products.” He didn’t quite promise that every S23 will use Snapdragon, but it seems likely:

“And what I can say at this point is we were 75% on Galaxy S22 before the agreement. You should be thinking about we’re going to be much better than that on Galaxy S23 and beyond… You should think about us powering their devices globally.”

So why the change?

Prominent analyst Ming-Chi Kuo reports that the change comes because Samsung is not confident that its upcoming Exynos 2300 is sufficiently competitive with the 8 Gen 2, and presumably doesn’t want too great a performance disparity between different versions of the phone.

An earlier report from RealmiCentral suggests that Samsung has decided to concentrate on building new bespoke processors for the Galaxy range, although these won’t be ready for a couple of years. The shuffling around of its engineers to pursue this project means that work on the current Exynos chips may be slimmed down or stopped, resulting in the European market getting Qualcomm processors in the Galaxy S23 and possibly the S24 models as well, though perhaps down the line there’ll be a big shift back.

Cameras are another major selling point on Galaxy phones, and we’re seeing rumours being widely reported that one of the S23 models – most likely the Galaxy S23 Ultra – will come with Samsung’s new 200Mp ISOCELL HP1 sensor in its main camera.

This sensor was announced by Samsung back in September 2021, but has yet to appear in any of the company’s devices. It promises impressive low-light performance thanks to clever pixel-binning computational trickery called ChameleonCell technology. Here’s how Samsung describes it:

“For ultimate low-light photography, the ISOCELL HP1 features an all-new ChameleonCell technology, a pixel-binning technology that uses a two-by-two, four-by-four or full pixel layout depending on the environment. In a low-lit environment, the HP1 transforms into a 12.5MP image sensor with large 2.56μm pixels by merging 16 neighboring pixels. The newly formed 2.56μm pixel is capable of more light absorption and sensitivity, producing brighter and clearer photos in in-doors or in the evening.”

In fact Samsung has since released an updated 200Mp ISOCELL HP3, so it could be that sensor that features in the S23 Ultra. Leaker Ice Universe doesn’t think so though, but he doesn’t think it’ll be the HP1 either – instead, Ice reckons the S23 Ultra will use the as-yet unannounced HP2 – and no, we don’t know why the HP3 was announced before the HP2. Either way, at this point a 200Mp main camera seems almost certain.

Beyond the main camera, the only leak we’ve had about the S23 Ultra’s photography setup is that it will once again use a 10Mp, 10x periscope. This isn’t necessarily the same sensor as the one used on the S22 Ultra (and S21 Ultra before it), but it most likely is. We don’t know if the other telephoto – currently a 10Mp, 3x – will stay the same or not.

We also don’t know if Samsung is planning to tweak the S23 Ultra’s selfie camera – all three Ultra models so far have already used a 40Mp selfie sensor.

There should also be changes to the regular S23 and S23+ cameras, though we’re not sure how many.

GalaxyClub has reported that there won’t be any changes to the base models’ telephoto cameras, which will stick with a 10Mp sensor. This will most likely be the exact same 3x telephoto used in the S22 series, though it’s possible Samsung will make other tweaks while sticking to the same resolution.

The same site reports that Samsung is however “considering” a jump to new 12Mp selfie cameras on the S23 and S23+, a change from the 10Mp units its used since the Galaxy S10. We don’t know which sensor Samsung might use though – nor if it will be found in a punch-hole or positioned under the display as in the Galaxy Z Fold 3, though one Naver leaker cites “industry sources” in saying that none of the S23 models will use under-display cameras.

Of course, all of those pixels and processors are going to require a fair bit of power, so it’s good news that a recent post on Twitter from @TheGalox reveals that Samsung could be developing a new stacked battery design that would increase the density without making them bigger. The post says that the S23 Ultra is expected to have a battery capacity of 5500mah or more, with the S23+ receiving a 5000mAh cell and the standard S23 sporting a 4500mAh one.

Don’t get your hopes up too much though. Ice Universe disagrees, instead predicting that the S23 Ultra at least will have the same 5000mAh capacity as its predecessor – though he doesn’t say anything about the other two models.

Unlike some manufacturers, Samsung doesn’t always tie its major software updates to specific hardware launches. Still, we know it’s working on a new version of its One UI Android skin, and this will appear on the S23 phones – even if it doesn’t debut there.

The company hasn’t officially revealed One UI 5 yet, but 9to5Google managed to gain access to an early internal beta version, which reveals a little.

It doesn’t look like there are radical changes on the way, but fans can expect a redesigned notification UI, a dedicated security and privacy hub, and some new multitasking gestures along with other smaller changes.

So far, that’s all the news and rumours we’ve found around the Samsung Galaxy S23. Of course, we’ll continue to update this article as more information comes to light, so be sure to check back regularly. If you can’t wait until the S23 release date to replace your existing device, check out our best Samsung Galaxy S22 deals roundup to see if you can pick up a bargain.