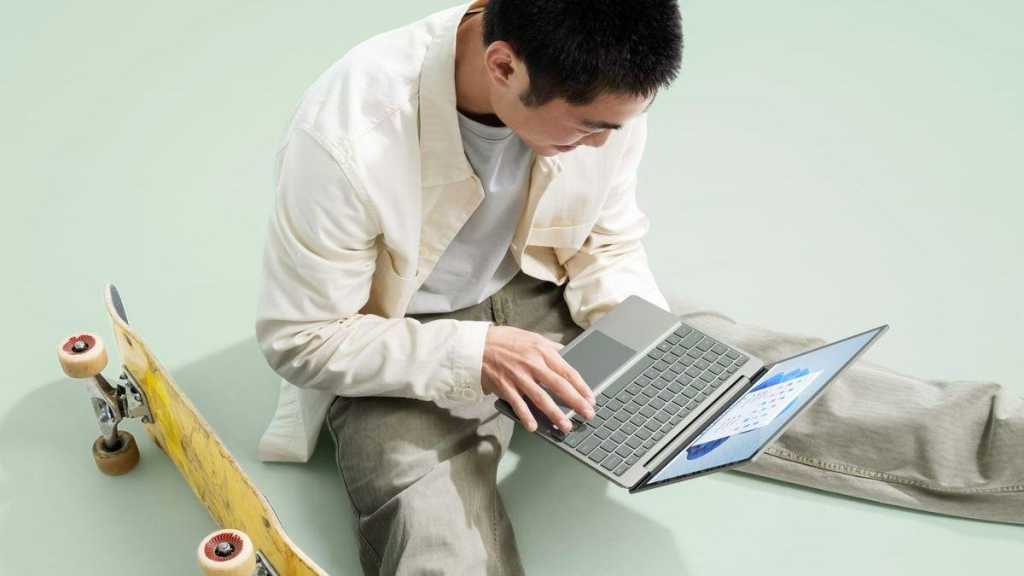 Microsoft has officially unveiled the Surface Laptop Go 2, but you could be forgiven for thinking you’ve seen it before. The company’s new student laptop looks identical to its predecessor, and there aren’t many differences under the hood either. In fact, a couple of upgraded components and a new colour are the only things you can’t get on the original Laptop Go.

Let’s talk about those changes in more detail, starting with the most significant: processor. The Laptop Go 2 is powered by an Intel 11th-gen CPU across all configurations – the Core i5-1135G7 to be precise. Microsoft has opted for last year’s chips instead of the latest 12th-gen Alder Lake, but price and availability could be to blame.

It means the Laptop Go 2 also moves to Iris Xe integrated graphics, but the starting 4GB of DDR4 RAM won’t be enough for most people. If full pricing is anything like the original, you’ll need to pay significantly more to double this to 8GB.

However, there is a useful storage upgrade. The entry-level model might be more expensive than its predecessor at £529/$599, but it now features a 128GB SSD. That’s a clear improvement over the 64GB of eMMC storage on the cheapest original, but the top-spec 256GB SSD model is still here too.

You also now get Windows 11 out of the box, but that’s not a reason to buy the Laptop Go 2. Its predecessor is eligible for a free upgrade to Microsoft’s latest OS, as are most Windows 10 devices.

The other key specs are unchanged compared to the first-gen Surface Laptop Go. You still get a 12.4in, 1536×1024 LCD display. It continues to offer touch support, but refresh rate remains at 60Hz. Within relatively slim bezels is the same 720p webcam, but no face unlock means you’ll have to rely on the fingerprint sensor built into the power button again.

At 1.1kg and 15.7mm thick, it remains extremely portable, but some ports are sacrificed along the way. One USB-C, one USB-A, and a 3.5mm headphone jack will leave most people needing to use an adapter or hub.

It’s joined by Surface Connect as the main charging method, with the included 39W charger supposedly getting you to 80% in just over an hour. Microsoft doesn’t say how big the Surface Laptop Go 2’s battery is, but claims it’ll get “up to 13.5 hours of typical device usage”. That should mean the device is able to last a full working day, something its predecessor struggled with.