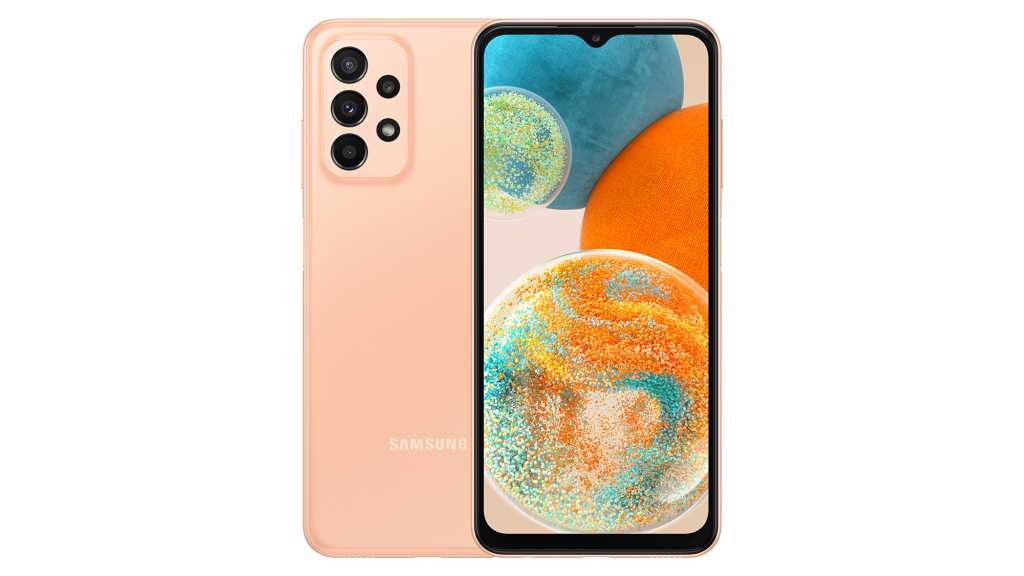 Samsung has unveiled a 5G upgrade to this year’s Galaxy A23 budget phone, and now we know that this affordable 5G handset is launching in the US.

Here’s all we know so far about the Samsung Galaxy A23 5G.

When will the Samsung Galaxy A23 5G be released?

The A23 5G is available to buy now in the US. It’s also launching in Taiwan, but for now we don’t know if or when it may reach other Asian or European markets.

A 4G version of the phone is already available in India and some other markets, after launching in March alongside the Galaxy A03, Galaxy A13 (both 4G and 5G), Galaxy A33 5G, Galaxy A53 5G, and Samsung Galaxy A73 5G.

How much does the Samsung Galaxy A23 5G cost?

That’s pretty much in line with what we’d expect from the other models in the range, factoring in the addition of 5G:

What are the Samsung A23 5G specs and features?

Samsung has revealed the phone’s key specs and design.

It bears a striking resemblance to the other A-series devices from 2022, which is unsurprising really. Its specs are also similar to its 4G sibling.

It’s available in blue and peach in Taiwan, though the US only gets a rather more plain black model.

The phone comes with a 120Hz 6.6in flat LCD display with a Full HD+ resolution and the Infinity-V front camera that employs a shallow teardrop notch to accommodate the lens.

In the US it will launch with 4GB RAM and 64GB storage, though in other markets it may ship with up to 8GB RAM and 128GB storage. Wherever you are, that includes an expandable microSD card slot.

The cameras have also been confirmed, with a 50Mp OIS main + 8Mp ultrawide + 2Mp macro + 2Mp depth sensor, and an 8Mp front-camera.

As you’d expect, the phone will ship with Android 12 and running Samsung’s One UI 4.1.

Also, read our guides to the best budget phones and best mid-range phones to see what the Galaxy A23 5G is up against.