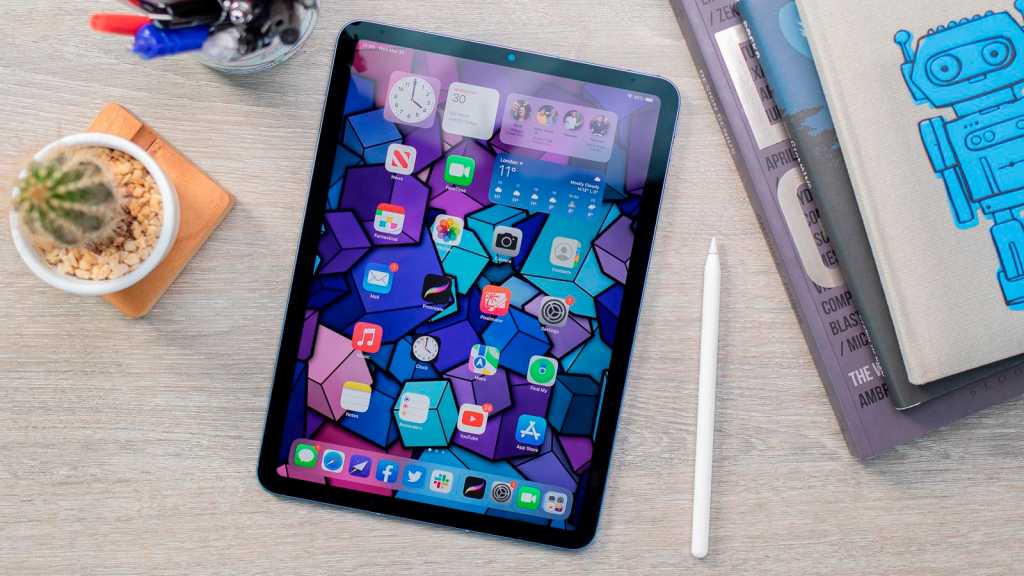 The iPad Air 5 brought with it some key upgrades, including an improved 12Mp front-facing camera, 5G connectivity and the same M1 chipset as the iPad Pro and Apple’s MacBook line, but it’s safe to assume that Apple is hard at work on the next-gen iPad Air behind closed doors at Apple Park.

While it’s early days, we cover all there is to know about the iPad Air 6 right now, including release date and pricing speculation based on previous releases and our wishlist of features we’d love to see on the next-gen tablet.

When will the iPad Air 6 be released?

While you might be excited by the idea of the prospect of an update to the popular iPad Air 5, there’s some bad news: you’ll likely be waiting a while.

Unlike Apple’s iPhone range, which is updated every year, the iPad range has a longer upgrade cycle, meaning you shouldn’t expect the next iPad for quite some time. What we can do, however, is predict when to expect the tablet to appear based on previous releases.

With all that being said, it’s safe to assume that Apple has an 18-month upgrade cycle for the iPad Air, leading us to believe that the iPad Air 6 will be released in September 2023.

We’ll update this section as soon as we hear any concrete news, but based on the above, we wouldn’t expect that for a while yet.

How much will the iPad Air 6 cost?

The iPad Air 4 saw a sharp price hike when it was redesigned in 2020, but we can’t see Apple rising the price any further – it’s very much a premium tablet at its current £569/$599 starting price, after all.

The iPad Air 5 matched the pricing of its predecessor (and was actually £10 cheaper in the UK!) and bar any currency exchange rate fluctuations, it’s unlikely that the iPad Air will change in price.

For reference, here’s how much the current iPad Air range costs:

To see how the tablet compares to the rest of the iPad collection, take a look at the best iPad.

Considering the iPad Air 5 is just a few months old, it should come as no surprise that there aren’t any solid leaks or rumours about the iPad Air 6 just yet.

For now, we’ve come up with a wishlist of upgrades that we’d like to see on the next-gen tablet, ranging from the highly likely to the outlandish.

Okay, an upgraded processor is basically a given. There hasn’t been a single Apple product that has had the same chipset for more than one generation – though admittedly, rumours suggest that could change with the iPhone 14.

Until then, we’re going to assume that the iPad Air will feature an upgraded Apple Silicon chipset rather than going back to the A-series chips of cheaper iPads and Apple’s iPhone range, instead keeping pace with the desktop-level power of the iPad Pro.

Given the iPad Pro is rumoured to be refreshed later this year with Apple’s yet-unannounced M2 chipset, it’s likely that the iPad Air will follow suit. After all, by the time the next iPad Air is released, the iPad Pro will have had an entire year with the chipset – a similar story to its current M1 upgrade.

One of the biggest complaints about the current iPad Air, especially at a starting price of £569/$599, is the 64GB of storage.

While 64GB of storage was fine a few years ago, the size of apps steadily increases as they get more advanced – and let’s be honest, our photo libraries are fast filling up with photos and videos with a strong reluctance to delete anything.

Sure, cloud storage is a good backup, but nothing beats having a copy saved locally to your device.

What we’d like to see is an increase to the entry-level storage on offer from the iPad Air, matching the 128GB storage of many Android competitors.

Apple has spent a lot of time and money refreshing the front-facing camera of the entire iPad collection, with everything from the entry-level iPad to the 12.9in iPad Pro sporting the same ultra-wide 12Mp camera with Apple’s auto-cropping Center Stage technology. It’s great for video calling and selfie-taking, but what about the rear camera?

Sure, most of us don’t usually use iPads as cameras (though there’s always one or two in a festival crowd!) but the single rear-facing 12Mp camera setup of the iPad Air is getting a little long in the tooth. It was first introduced on the fourth-gen iPad Air, and nothing has changed since.

Rather than upping the megapixel count on the main sensor, we’d love a second camera on the iPad Air – possibly the ultra-wide, matching the standard iPhone 13 – to help capture those impromptu moments when you are using the tablet.

The 10.9in display of the iPad Air 5 is great – it’s detailed, vibrant and responsive – but compared to the iPad Pro and Android competitors, the 60Hz refresh rate doesn’t really cut it.

Apple is already playing a dangerous game, with very few differences between the iPad Air and the iPad Pro 11. In fact, the 120Hz ProMotion is arguably one of the biggest reasons to opt for Apple’s Pro models, but we hope that Apple will bump the refresh rate of the iPad Air to keep it in line with the competition.

We wouldn’t expect Apple to bump the refresh rate to the same 120Hz as the Pro models (unless the new iPad Pro features a faster refresh rate, that is). What we hope, instead, is a middle-ground upgrade to 90Hz. The jump from 60Hz to 90Hz is noticeable, while still not being quite as fast as Apple’s Pro-level tablets.