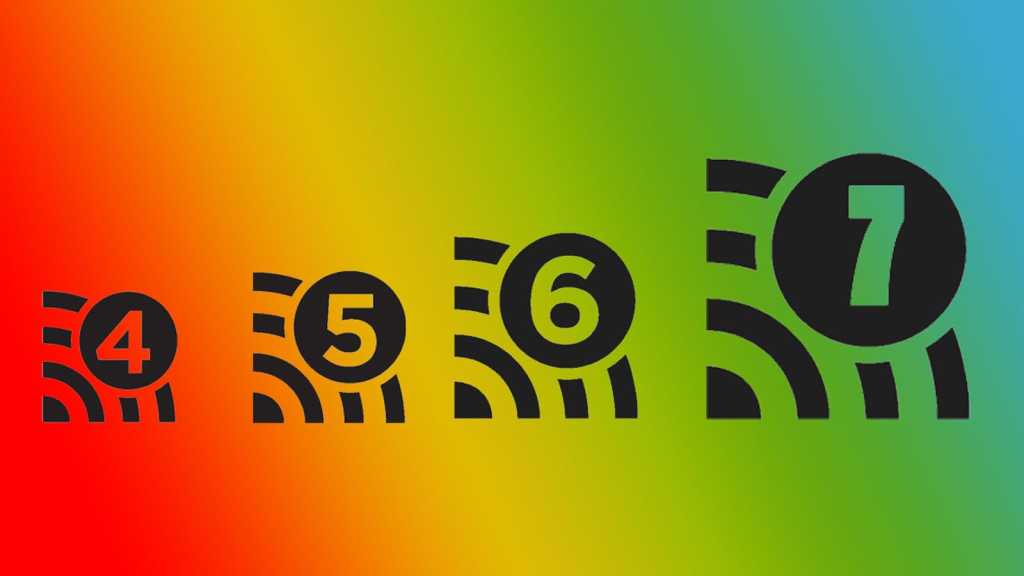 Without getting too bogged down in the technical details, we’ll explain how Wi-Fi 7 improves on previous versions, when you can expect to buy routers, phones and other devices that have Wi-Fi 7 and whether you should wait for them or not.

For many people, Wi-Fi 6 is still brand new. You might not yet have a Wi-Fi 6 router, even if your phone and maybe a couple of other devices support it.

And, of course, what you probably want from any Wi-Fi upgrade are these three things: better reliability, better speed and better range. In theory, Wi-Fi 7 will deliver on all three aspects.

Companies making Wi-Fi 7 chips are already promising that the new standard will replace wired Ethernet cables. But that should be taken with a pinch of salt because, as fast as it is, Wi-Fi works fundamentally differently from wired networking.

Wi-Fi is ‘half-duplex’ which means data can only be sent in one direction at a time, whereas it can be sent in both directions simultaneously through an Ethernet cable. The best comparison is a walkie-talkie versus a phone call.

With a walkie-talkie, you have to talk, wait, and listen to the response. But on a phone call, you can talk at the same time as the other person.

Although Wi-Fi 7 uses some clever tricks to go faster than ever, it will never replace network cables.

Getting to the point, Wi-Fi 7 will still use the same frequencies as before – 2.4GHz, 5GHz and 6GHz – but it can go faster and, in theory, offer better range thanks to the way it’s able to use those three bands.

There are three main highlights:

The reason that Wi-Fi 7 is capable of the fastest-ever speeds is largely down to this. To put the numbers in context, Wi-Fi 7 will be twice as fast as Wi-Fi 6E.

Wi-Fi 6E is limited to 160MHz which, without going into the boring details, means a transfer speed of 1.2Gbps. As Wi-Fi 7 can use twice the ‘channel width’, it has a base speed of 2.4Gbps. This is all on the new 6GHz frequency, by the way.

That 2.4Gbps speed is per stream and it’s possible for a router and the device it’s talking to support multiple streams to increase this speed. A stream is what actually carries the data between the router and your device, so it’s like having four Wi-Fi connections to quadruple the speed.

So a Wi-Fi 7 router that can deliver four streams at the same time has a maximum speed of 9.6Gbps.

Add to this the fact that Wi-Fi 7 supports up to 16 spatial streams (yet more jargon, but crucially twice the number supported by Wi-Fi 6 / 6E), it means that  Wi-Fi 7 can deliver up to an amazing 40Gbps. That’s around 40 times faster than the fastest broadband currently available, such as Virgin’s Gig 1.

It’s important to note that these are all theoretical speeds and the real world introduces interference and other factors which reduce these speeds quite considerably. But since this is a problem for all Wi-Fi standards, it means Wi-Fi 7 will still be faster than Wi-Fi 6 and 6E.

Do remember that you’ll need a compatible Wi-Fi 7 device – a phone, laptop or something else – that also supports Wi-Fi 7. And to get the fastest speeds, it will need to support four streams as well. This is usually known as ‘4×4’.

Unfortunately, that isn’t going to happen any time soon. Even now, in 2022, you can’t buy a phone or any other device that supports four Wi-Fi 6E streams. The best available is so-called 2×2. That means that even if you have the fastest, most expensive Wi-Fi 6E router capable of 4.8Gbps, the fastest theoretical speed possible is actually half of that.

If we assume the same situation for phones and laptops with Wi-Fi 7, the fastest speed you’ll see isn’t 9.6Gbps but 4.8Gbps.

And, assuming you’ll get around half of that in the real world, it’s 2.4Gbps. Which is still extremely fast compared to what’s available today, and still twice as quick as your gigabit broadband connection, if you’re lucky enough to have one.

This is brand new for Wi-Fi 7 and allows the use of the 5GHz and 6GHz frequencies to be joined together to work as a single connection. Usually, only one frequency can be used at a time.

This will enable really fast speeds, but it needs the phone, laptop or other device to support this feature.

There’s a second way that multi-link operation (MLO) can work where only the router needs to support it. And this should be a game-changer for Wi-Fi 7 mesh systems. It should mean that the connection never drops – even briefly – when your device connects to a different mesh router as you move around your home.

Also, with Wi-Fi 7, the connection isn’t fixed to a specific channel or channel width as has been the case until now. Instead, these things can be changed dynamically to get the best performance for the conditions. In other words, if there’s no interference, the connection could shift from using 160MHz to the full 320MHz, and it can then change which of the three available 320MHz channels to use at any given  point in time.

Together, these features should mean that Wi-Fi 7 works better over longer distances than is possible with Wi-Fi 5, 6 and 6E.

QAM is another big factor in how fast data can be transmitted over Wi-Fi. It’s difficult to explain without using even more jargon but, put simply, QAM is method of sending more data for every 1Hz of frequency.

All of this, along with a few other new features that improve efficiency, mean that Wi-Fi 7 should be the best choice when you have a 1Gbps+ broadband connection and want to steam 8K video to a couple of TVs in different rooms at the same time, make video calls in 4K resolution and stream games in 4K from cloud gaming services.

When will Wi-Fi 7 be available?

Even though Wi-Fi 7 is still in development, we’re already starting to hear Qualcomm and MediaTek announce chips that support the standard.

Later in the month MediaTek launched the Filogic 880 (peak speed of 36Gbps) for routers and the Filogic 380, a dual Wi-Fi 7 and Bluetooth 5.3 chip for phones, laptops, TVs and set-top boxes. That’s a 2×2 (two-stream) chip which the company says is capable of 6.5Gbps using MLO.

We’re not yet at the stage where router or phone manufacturers are announcing products with those chips.

Realistically, we expect the first Wi-Fi 7 routers to go on sale some time in 2023, and those may not offer the fastest 9.6Gbps speeds. The standard may not even be certified until 2024, making early adoption risky. It will probably be an even longer wait for a Wi-Fi 7 phone, laptop or tablet.

You can probably guess the answer by now. If you’ve seen the prices of Wi-Fi 6E routers and mesh systems, you’ll already know to expect the first Wi-Fi 7 devices to be very expensive.

And it is always worth waiting beyond the very first devices because prices will drop and you’re not risking buying something before Wi-Fi 7 is certified, which could mean it isn’t fully compatible with all the features the standard eventually offers.

If you’re looking for a new router now, then you can see our recommendations of what to buy in our roundup of the best routers. However, in most cases, you’re better off sticking with your current router and buying a mesh Wi-Fi system which will provide better coverage, which is needed for larger homes or if you need that signal to stretch to the end of your garden, to a shed or garage.

Plus, unless you have a 1Gbps+ broadband connection, even a good Wi-Fi 5 mesh system will give you the speed and coverage you need, without breaking the bank.