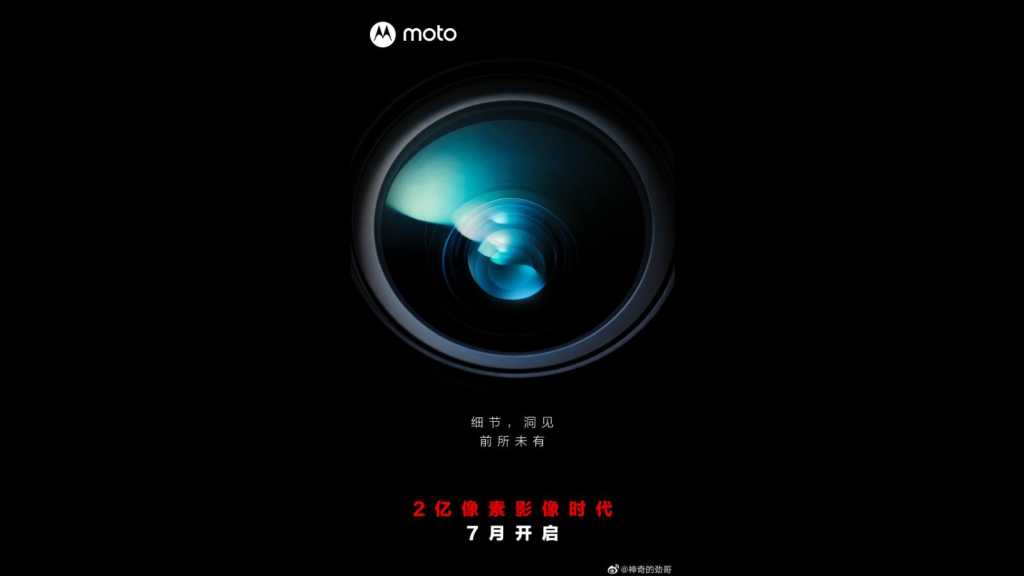 Various reports are doing the rounds about a device from Motorola that could feature a revolutionary camera module, and it’s about to launch in China. Well, it was supposed to, at least – but more on that in a second.

Here’s all the news and rumours about the Motorola X30 Pro, which was once known online as the Motorola Frontier.

When will the Motorola X30 Pro be released?

Motorola confirmed that it would reveal the X30 Pro – alongside the updated Motorola Razr foldable – in China on 2 August at 7:30pm local time.

However, just hours before the event was due to kick off, Motorola and Lenovo mobile general manager Chen Jin announced on Weibo that the event has been cancelled – and not even he is sure why. Via a machine-translated exerpt from Jin’s Weibo post, the manager states that “that the Moto new product launch scheduled for 7:30 tonight has been canceled for some reason,”.

Following the announcement, Motorola took to Weibo to apologise to fans. “We are deeply sorry for this, and thank you for your enthusiastic support for Moto’s new products. For information about new products, you can continue to pay attention to Moto’s official information platform,”.

The good news is that we won’t have to wait much longer – just days after the cancelled event, Motorola confirmed that the launch will now take place on 11 August 2022. Though timing is yet to be confirmed, a teaser posted to Chen’s Weibo showcases the Razr 2022 with an analogue clock on its outer display set to 2pm. We assume that’s 2pm local time, but we’ll update this section as soon as we hear more.

Interestingly, Motorola or parent company Lenovo has yet to comment on why there was a last-minute delay, but some speculate that it’s due to rising tensions between China and Taiwan in recent days.

How much will the X30 Pro cost?

We have no information about the potential cost of the Motorola Frontier, as the company has only teased the phone so far. Many of the rumours we’ve seen do suggest that the Frontier will be a flagship phone, so we’d estimate it will probably supersede the Motorola Edge 20 Pro that currently costs £649/$699 and heads up the Motorola range.

What about the Motorola X30 Pro specs and features?

The main detail that Motorola has confirmed so far is an early tease on Weibo that the phone will ship with a 200Mp camera. The sensor itself is most likely to be the Samsung ISOCELL HP1, which was announced recently by the Korean giant. This has quite a few cool features, with the 200Mp resolution having the option to pixel-bin images down to 50Mp.

Samsung says that the sensor uses a 0.64μm pixel size, has Double Super PD auto-focus to capture images quickly, plus it also supports up to 8K/30fps video recording. Notebookcheck reported on a leaked image that appeared on Fenibook’s Weibo page, thought to be the camera module for the Motorola X30 Pro, on which there’s the writing ‘200MP HP1 OIS f/2.2’. So, if this is accurate, it looks like Motorola will include stabilisation to make the most of the sensor’s capabilities.

Moving away from the optics, most reports we’ve seen say that the new device will be powered by a Snapdragon 8+ Gen 1 SoC, which would place it in flagship territory. Motorola has confirmed it has an 8+ Gen 1 phone on the way, and it’s likely to be the X30 Pro – though could instead be the new Razr foldable.

This should be accompanied by 8/12GB memory and 128/256GB storage options, as is the norm for phones in 2022. The display is thought to be a 6.67in pOLED panel with curved edges and a 144Hz refresh rate (most of which is similar to the Motorola Edge 20 Pro).

Noted Chinese tech reporter Digital Chat Station also posted this Tweet that outlined the specs he believes will be in two upcoming Motorola phones, the first of which is likely the X30 Pro:

From that, we can expect super-fast 125W wired charging as well as wireless fast-charging options that top out at 50W, most likely in a 4500mAh battery.

Finally, just days before the Chinese launch, Moto X30 Pro marketing materials and official renders appeared online, giving us our first ‘official’ look at both the back and front of the upcoming smartphone.

It seems the 200Mp snapper leak is on the money, with identical housing and branding to the leaked photo in the latest renders. It also ties in nicely with the single-hole curved screen leak, with one promotional image showcasing both the back and front of the display, complete with curved edges and a single centrally-placed camera.

We will update this article as these become available, so check back to see what we can uncover. In the meantime, you can check out our guides to the best phones and best phones coming in 2022 to see what other options are competing for your money.