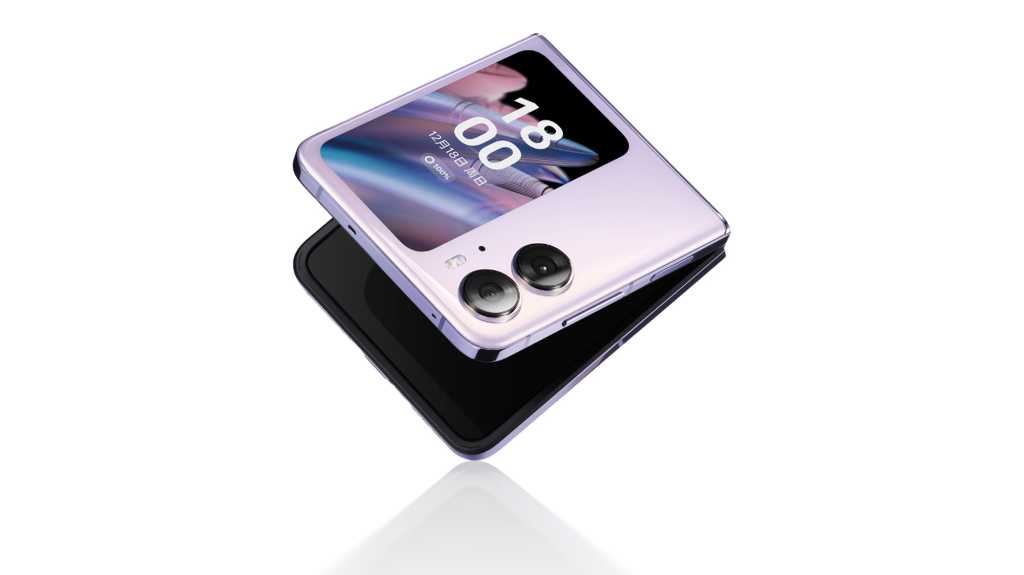 Oppo is taking the fight to Samsung with the Find N2 Flip, a clamshell foldable phone that’s clearly designed as a direct competitor to the oh-so-popular Galaxy Z Flip 4.

And for the first time with one of Oppo’s foldables, that fight won’t be limited to China, as Oppo has confirmed that the Find N2 Flip will get a launch in Europe this year. Bring it on.

Here’s all we know so far about the Oppo Find N2 Flip.

When will the Oppo Find N2 Flip be released worldwide?

Oppo revealed the Find N2 Flip on the second day of its 2022 Inno Day event (the same event where it previously launched the first Find N) on 15 December, giving it a launch in China at the same time.

It will take a little longer to reach the rest of the world though, with a launch promised for “most countries in Europe” some time in early 2023. We’re not sure whether it will also launch elsewhere in the world, though it’s unlikely to ever reach the US.

The usually reliable leaker SnoopyTech says the phone will “probably” launch at MWC, which makes sense – the tradeshow is one of the biggest events in the smartphone calendar, and the dates (27 February – 2 March) fall right in the period we’d expect to see the Flip launch.

That launch is clearly in progress, as a phone that appears to be the global version of the Find N2 Flip appeared in a Geekbench listing in mid-January, suggesting that testing is underway on the international hardware.

The Find N2 Flip was launched in China alongside the book-style Find N2, but curiously that phone isn’t currently set to be launched internationally. We’re also expecting the traditional Oppo Find X6 flagship phones to launch soon too, perhaps even before the Flip makes it to Europe.

How much does the Find N2 Flip cost?

That sounds cheap for a foldable, but bear in mind that Chinese pricing tends to be lower than Western equivalents, and in reality we’d expect to see the phone priced similarly to other current flip phones such as the Samsung Galaxy Z Flip 4, Motorola Razr 2022, and Huawei P50 Pocket, which are priced as follows:

What are the Find N2 Flip specs and design?

From the outside, there are a few things about the Find N2 Flip that immediately stand out – especially when compared to rivals like the Z Flip 4 and Razr.

The big one is the cover display, which is not only the biggest around at 3.26in, but is also arranged in a vertical, portrait orientation. Don’t worry, this isn’t like the cover displays on big foldables – you’re not expected to use it to navigate the normal Android interface – but Oppo says the portrait arrangement makes it better suited to using as a camera viewfinder, and more natural for reading notifications and alerts.

Otherwise, the Find N2 Flip is a pretty similar size and shape to the Samsung flip phone, with a similarly blocky design. It’s even basically the same weight, at 191g to the Z Flip 4’s 187g. It’s launching in black, gold, and purple finishes.

The Flip uses the same 2nd-gen Flexion hinge as the regular Find N2, which Oppo says should last 400,000 folds – enough for 200 a day for five years. One downside is that, unlike its Samsung rival, there’s no IP rating – though Oppo says the phone should still be fine to use in the rain.

The internal display is a 6.8in screen (again… similar to Samsung), with a 120Hz AMOLED panel, so should deliver decent quality.

As for chipset, there’s a bit of a surprise here. The Find N2 Flip is powered by the MediaTek Dimensity 9000+ – not the Snapdragon 8+ Gen 1 found in the regular Find N2, or the more recent Dimensity 9200 that launched in November 2022. Oppo says it worked with MediaTek on a custom version of the chip with improved power efficiency, which should help allay any battery concerns caused by the form factor.

Speaking of which, the phone has a 4300mAh battery (bigger than Samsung’s 3700mAh), so either way this seems likely to be an all-day phone. 44W wired charging should keep it topped up quickly too, though it’s a shame there’s no wireless charging option.

As for cameras, Oppo has prioritised the main camera, with a 50Mp shooter using the IMX890 sensor – the same main camera it uses in the Find N2. That’s joined by an 8Mp ultrawide, plus a 32Mp punch-hole selfie camera on the internal screen.

As for software, the phone will launch running Android 13 with Oppo’s ColorOS 13 on top.

Until we get the chance to try it for ourselves, be sure to read up on all the other best phones coming in 2023.