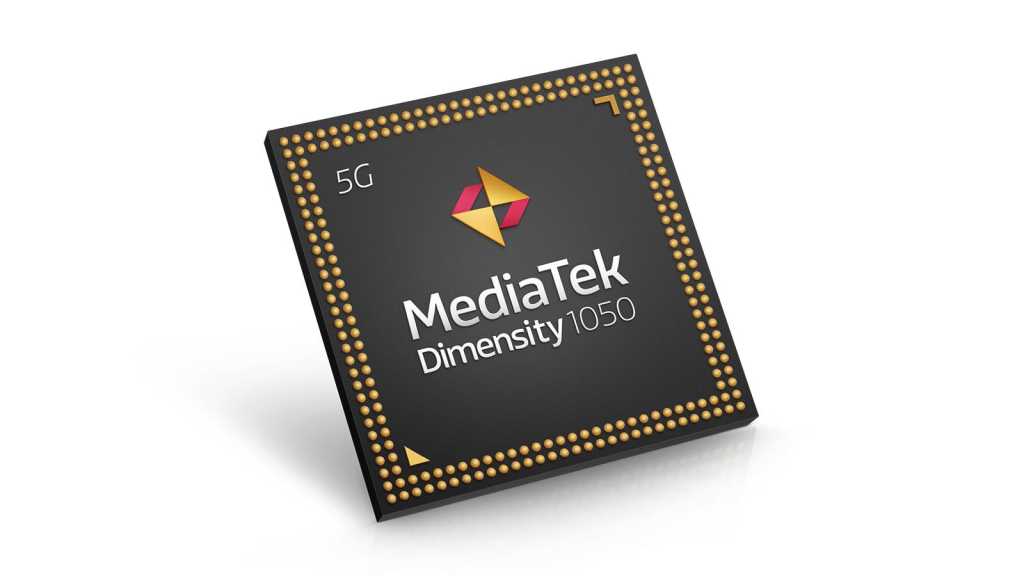 After years of success in China, and slow but steady progress in Europe and the rest of Asia, chipset manufacturer MediaTek has clearly set its sights on the US smartphone market with its first ever mmWave 5G chipset: the Dimensity 1050.

While MediaTek already offers several 5G chipsets to smartphone manufacturers, all so far have been limited to sub-6GHz frequencies. The Dimensity 1050 breaks that trend by supporting sub6 along with mmWave, a different frequency band that’s currently only widely used in the US. Support is often set as a requirement by key US carriers to stock manufacturers’ 5G phones.

Despite arguably boasting MediaTek’s most advanced networking yet, the Dimensity 1050 isn’t actually the company’s top-tier chip – that remains the Dimensity 9000. Instead, this is a cheaper offering built on a 6nm process, intended to even sit below the recently announced Dimensity 8000 and 8100 in the MediaTek lineup. 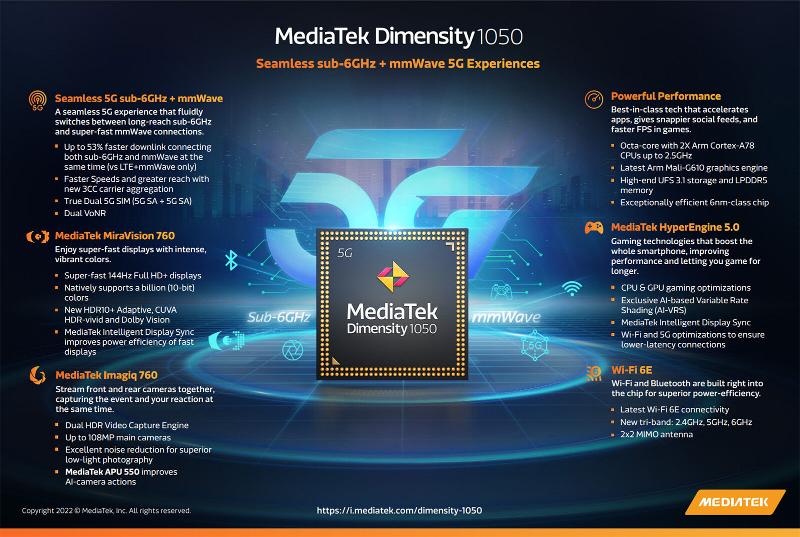 Expect it to appear in mid-range Android phones, with specs including support for 144Hz displays, 108Mp cameras, and Wi-Fi 6E connections.

For those who care about CPU construction, the 1050 uses two A78 performance cores clocked at 2.5GHz, and a further six A55 efficiency cores.

MediaTek hasn’t yet confirmed any specific manufacturers that intend to use the Dimensity 1050, but says the first phones should arrive some time in Q3, meaning July to September this year.

That means phones will begin to arrive after the first handsets using the Snapdragon 7 Gen 1, the similarly positioned rival chip from Qualcomm, announced just last week. Honor, Oppo, and Xiaomi have already committed to using the Qualcomm chip, and it will be interesting to see if MediaTek can attract a similar calibre of OEM – or, as it’s no doubt hoping, companies like Motorola and OnePlus that have a foothold in the US market.

Alongside the 1050 MediaTek also announced two cheaper smartphone chips. The Dimensity 930 is a similar 6nm chip, with the same CPU cores but clocked at a slower 2.2GHz – and while it’s 5G-capable, it lacks mmWave support. Expect to see this chip in more affordable mid-rangers – its predecessor, the Dimensity 810, was used in the likes of the Vivo V23 and the Indian version of the Realme 9 5G.

Finally, the Helio G99 is a more budget offering. It’s limited to 4G connections, but MediaTek insists it can still drive gaming performance, with the boost of 30% power savings compared to the Helio G96.

Meanwhile, in the networking world, MediaTek also revealed the Filogic 380 and 880, a pair of chips that are among the first to support Wi-Fi 7 and Bluetooth 5.3. With Wi-Fi 6 adoption still in its infancy, don’t expect to get many benefits from this next standard any time soon though.