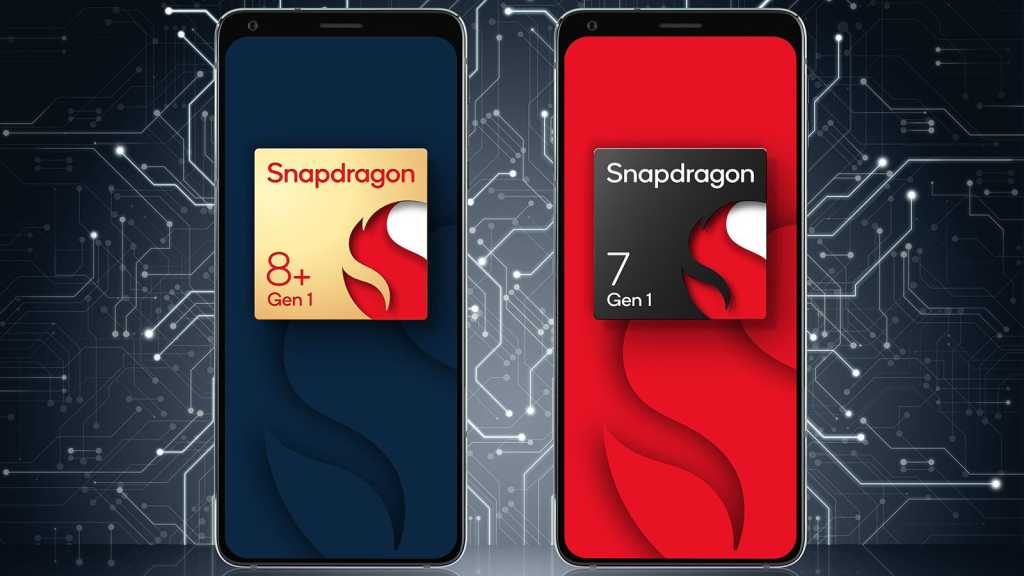 The 8+ Gen 1 is one of Qualcomm’s typical mid-cycle refreshes, in this case upgrading on last December’s Snapdragon 8 Gen 1.

The core of the chip remains unchanged, but the CPU’s prime core has been overclocked to 3.2GHz – up from 3GHz – resulting in a 10% increased in CPU performance. That’s matched by a further 10% improvement to the GPU, and both benefit from a 30% improvement to power efficiency. 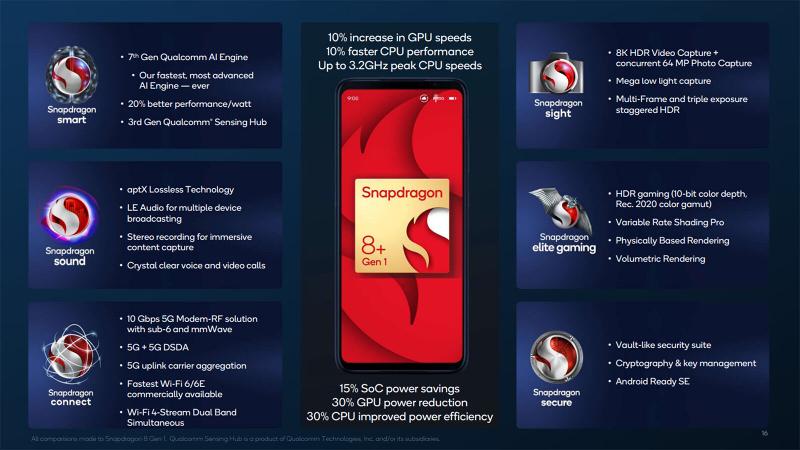 Those upgrades won’t be enough to see the 8+ Gen 1 catch up to Apple’s A15 Bionic on pure performance, but should further cement Qualcomm as the dominant chip provider for high-end Android phones.

Brands including Xiaomi, Asus ROG, Realme, and Motorola have already committed to using the upgraded chip, which is expected to appear in the likes of the ROG Phone 6, Samsung Galaxy Z Flip 4 and Fold 4, and Xiaomi 12 Ultra.

Alongside the 8+ Gen 1, Qualcomm also revealed the 7 Gen 1 – its first mid-range chip since the company adopted the new ‘Gen’ branding.

Like the 8+ Gen 1, this is a 4nm chip, and uses roughly the same CPU structure – though clocked slower at 2.4GHz on its prime core.

It’s powerful enough to drive FHD+ displays at 144Hz – or QHD+ screens at 60Hz; can record 4K HDR video at up to 30fps with up to 200Mp photo capture; and boasts gaming features like Variable Rate Shading, the Adreno Frame Motion Engine, and over 20% faster graphics rendering than last year’s Snapdragon 778G. 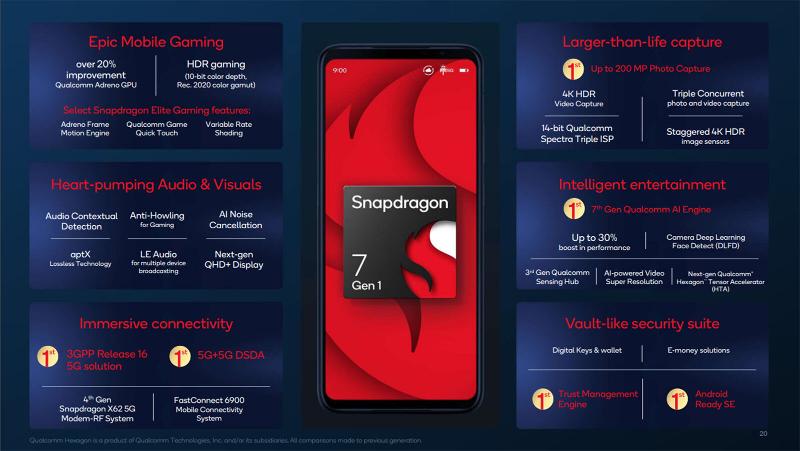 The 7 Gen 1 also comes close to matching Qualcomm’s flagship chips on networking, with both Wi-Fi 6E and 5G – both mmWave and sub6.

Qualcomm says we should expect to see the first phones featuring the 7 Gen 1 within Q2 – meaning between now and the end of June – while 8+ Gen 1 phones should arrive in Q3, from July through September.

Alongside the two phone chipsets, the company also revealed a new reference design for wireless AR smart glasses, to be powered by its Snapdragon XR2 chip. 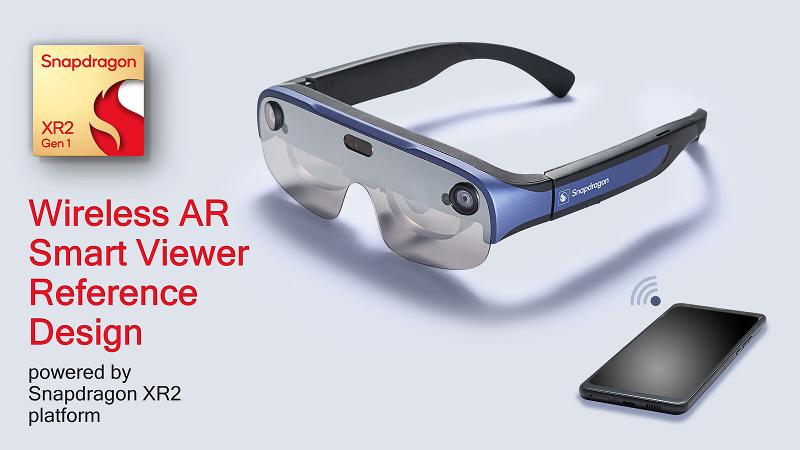 Thinner and lighter than previous iterations , this headset itself won’t be sold to consumers, but is intended to be a blueprint for manufacturers as they work on the next generation of XR2-powered AR devices. Expect that market to heat up if and when Apple finally reveals its long-rumoured AR headset.