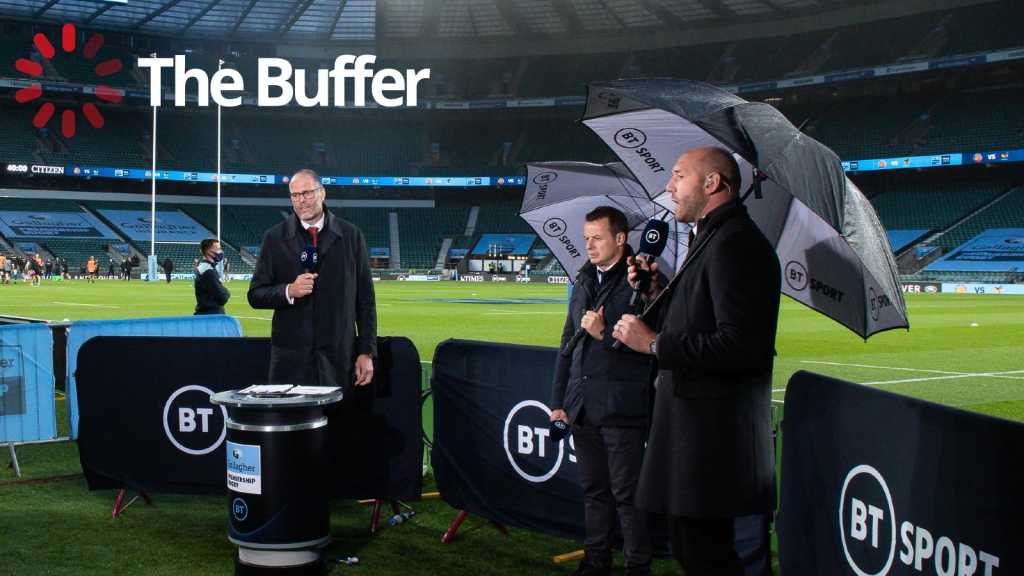 Last week, BT and Warner Bros. Discovery confirmed that the two are working on a ‘premium sports venture’ for the UK. The new fifty-fifty deal will pit BT against entertainment giant Sky’s dominance in the market.

The deal will combine BT Sport with Eurosport, meaning that customers will be able to watch the likes of the UEFA Champions League, UEFA Europa League, the Premier League, Premiership Rugby, UFC, the Olympic Games, tennis Grand Slams and cycling Grand Tours all in one place.

While for the moment the two channels will remain separate, with their own branding, they will eventually be brought together into a single package. This will eventually be combined with entertainment packages through streaming, according to Warner Bros. Discovery’s international streaming lead JB Perrette: “Having news, sports and entertainment coming together in one package is incredibly compelling for consumers and … we think Warner Bros. Discovery is in pole position to take advantage of that.”

The streaming side will likely come from Discovery+ and then, in the future, HBO Max. The latter has still not landed in the UK, despite launching across other areas in Europe. This is likely due to the long-term deal between Warner Bros. Discovery and Sky, which is due to expire in 2025.

Sky has syndicated the majority of HBO series in recent years, including Game of Thrones and Succession, both on its linear broadcast channels and the flexible streaming service Now. However, in the past few months there have been delays in some major series making their way to UK screens – most notably the DC series Peacemaker, and more recently Taika Waititi’s pirate show Our Flag Means Death. This merger could help explain those long wait times.

This new streaming offering would also be tiered in some markets to allow for the new premium sports content. Currently, HBO Max has two tiers: ad-supported (priced at $9.99 per month) and ad-free (priced at $14.99 per month). It’s also due to add Discovery+ series and originals in the near future.

Whilst the deal so far has been confirmed for the UK and Ireland only, it could mark a turning point for HBO Max. Sports is one area in which the platform is losing out to rivals in the US – Peacock snapped up big events like the Olympics, Amazon Prime Video got dibs on soccer events such as the Premier League, and even Apple TV+ has got in on the action with the MLB 2022 season.

Marc Allera, CEO of BT’s consumer division, stated that the new partnership has made the company “realize all the potential synergies in a larger, more global-style operation rather than a purely UK one.”

With Netflix seeing a decline in subscriptions, HBO Max has a chance to close the gap and chase that number one spot in the streaming world. Sports make up a huge portion of that market. It would also lend a huge lead over streaming rival Disney+, which recently announced that it now stands at 137.7 million subscribers worldwide.

Sports Pro Media recently published an analysis which claimed that sports fans accounted for nearly 40 percent of US internet users, whilst those who typically pay for sports content come from affluent households (those with incomes of $100,000 per year or more). Therefore, there is not only a large market for sports content on streaming services but also a lucrative one that can support premium prices for live games and events.

The Ringer also discusses how entertainment companies must balance their customers’ needs when it comes to broadcast sports packages and streaming offerings. This new venture between BT and Warner may be an opportunity to offer something much more flexible and appealing than Sky’s long-term agreements.

Taking advantage of the existing BT Sport and Eurosport brands makes sense if Warner wants to take on the behemoth that is Sky. According to a report cited in Broadcast Now, Sky is among “the top 25% of all UK brands for knowledge and trust.”

Meanwhile, whilst HBO may carry a lot of sway in the US, it does not have the same brand recognition in Britain.

BT is also undergoing its own rebranding process. At the end of April, it announced that the EE name will be centre stage for most consumer-facing services such as mobile networks and broadband. The BT brand will remain behind the scenes, except for BT Sport, which is staying put – for now.

Variety reports that the new venture will “soon receive a bespoke name”, so expect there to eventually be a big UK marketing push to establish this new brand over here. That said, with the obvious popularity that sports content has, there is enormous potential for this brand-new platform – both in the UK and across the world.

Better Call Saul is now on its final season, and it’s safe to say that the Breaking Bad prequel is now just as tense and gripping as its predecessor, with the storylines of law and the cartel starting to collide for the first time.

Bob Odenkirk shows little traces of Jimmy McGill anymore, now fully engrossed in the schemes of Saul Goodman. Meanwhile, Rhea Seehorn’s Kim Wexler is just as complicit – if not even more despicable at times. But how will things end for the pair, now with Lalo Salamanca on the loose looking for revenge?

New episodes of Better Call Saul are currently rolling out on Tuesdays on Netflix UK, and on AMC on Mondays in the US.