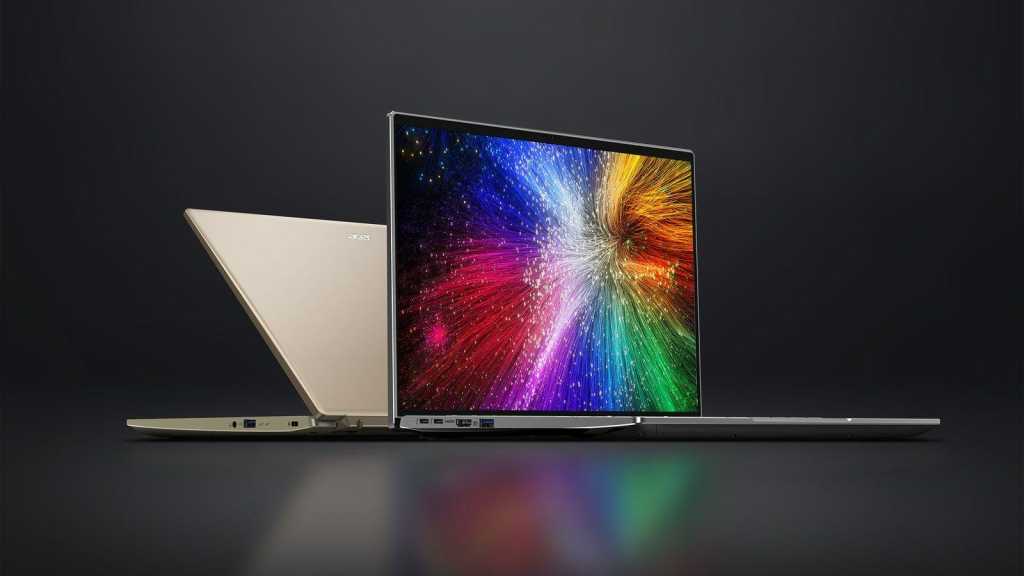 Computex is just around the corner, but Asus isn’t waiting for the event in its native Taiwan. The company has launched a wide range of new laptops, including updates to several key consumer devices. Arguably the most exciting is the new Swift 3, which introduces some notable upgrades over last year’s model.

They include the 14in display, which is now OLED rather than LCD. OLED screens typically offer better colour accuracy and more contrast, especially when combined with the Swift 3’s 2.8K resolution. Acer says the panel supports 100% of the DCI-P3 colour gamut, shifting to a 16:10 aspect ratio in the process. However, it’s still 60Hz and not a touchscreen.

You’ll have seen the other main upgrade on plenty of other 2022 laptops: Intel’s 12th-gen processors. Specifically, it’s the performance-focused Alder Lake H-Series (Core i5-12500H or Core i7-12700H), which combines with Iris Xe integrated graphics and 8- or 16GB of DDR5 RAM. The entry-level Swift 3 has a 512GB SSD, but this can be upgraded to 1TB if you’re willing to spend a bit more.

Battery life can take a slight hit when moving to OLED, but Acer says the Swift 3 will still get you 10 hours of “real-world battery life”. However, this is based on a video loop test with the brightness at a relatively low 150 nits. When the time comes to charge, the power supply in the box will supposedly get you four hours of battery in 30 minutes.

Other features of note include a Full HD webcam, trackpad made from ocean-bound plastic, and Windows 11 pre-installed. At 17.9mm thick and 1.4kg, it remains relatively thin and light.

If you’re willing to spend a bit more (at least £1,399/$1,349), the updated Spin 5 adds some hardware features you won’t find on the Swift 3. The 14in display might be LCD here, but at a higher 2560×1600 resolution and with touch support. From brief testing, I was impressed by the level of detail and vibrant colours it offers.

Acer’s Active Stylus is also discreetly built into the side of the device. It supports the same 4,096 levels of pressure sensitivity as many rivals, feeling impressively responsive in testing. Drawing or taking handwritten notes is easiest while in tablet mode, one of four main positions the 360° hinge makes possible. In my short time with the device it felt robust and sturdy, avoiding the common wobbly screen on convertible laptops.

There’s just one configuration available, combining a 12th-gen Intel Core i7 processor with Iris Xe integrated graphics and 16GB of DDR5 RAM. That helps justify the higher price tag, alongside a generous 1TB of SSD storage.

The Spin 5 also goes on sale in Europe and the US from July.

Acer also has you covered if you’re looking for a more affordable convertible. The £899.99/$899.99 Spin 3 also a 360° hinge and the Active Stylus built into the body of the device.

The display is still a Full HD LCD touchscreen, although narrow bezels give it an impressive 86% screen-to-body ratio. You still get 12th-gen Intel CPUs, but the i5-1240P and i7-1260P are from the less powerful P-Series. Again, there are options for 8/16GB of RAM and a 512GB or 1TB SSD alongside the Iris Xe integrated graphics.

The only other indicator of the Spin 3 being a more affordable device is the webcam, which is 720p rather than 1080p. However, this is only important if you’ll be relying on the device for video calls.

US customers will have to wait until August for it to arrive, though Europeans can get their hands on one as soon as June.

None of the three can be considered budget laptops, but they’re a good options for students and potentially some business customers.