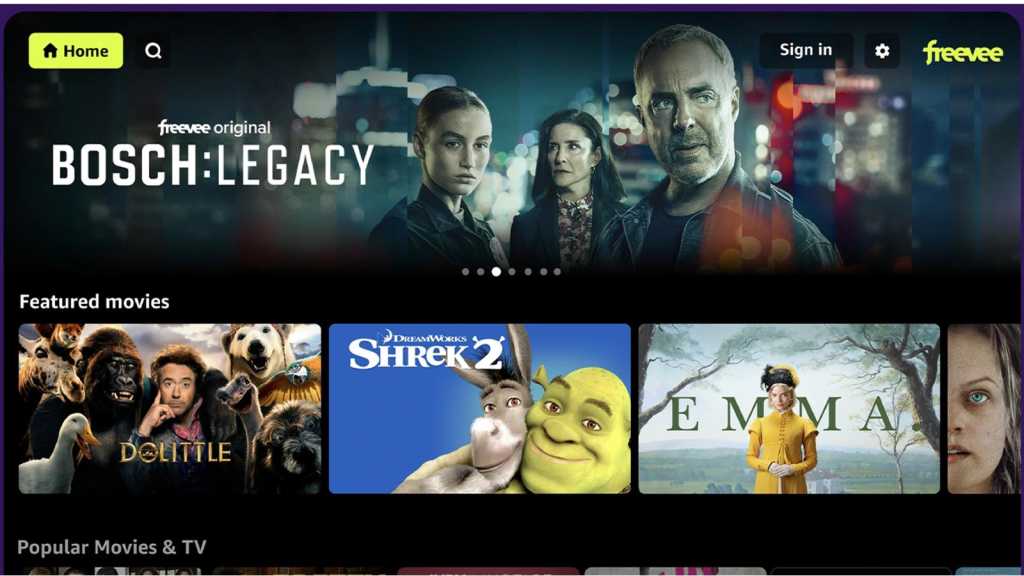 Apple TV device owners now have access to a whole library of free TV shows and movies with the addition of the Amazon Freevee app.

This ad-supported streaming service was rebranded from IMDb TV just over a month ago and is now available to download from the Apple App Store on Apple TV 4K and Apple TV HD.

You can also get it on iPhone and iPad, should you wish to stream on the go and you don’t need an Amazon Prime account to watch Amazon Freevee.

One of the most well-known originals on the Freevee platform is Bosch: Legacy, which is a spinoff series of Bosch, a show available on Amazon Prime Video. The show has been picked up for a second season.

Other syndicated content available on Freevee includes Knives Out, Shark Tale, Mad Men and Deal or No Deal. Freevee also features 75 FAST (free, ad-supported television) channels, which include comedy series such as Kim’s Convenience and Kids in the Hall.

Freevee’s library of content recently expanded thanks to a short-term licensing deal of select movies with entertainment giant, Disney. This means that several titles will rotate on the platform, including the Deadpool films, Logan, Murder on the Orient Express and The Post.

Amazon Freevee joins Pluto TV on Apple TV devices, another ad-supported, free streaming platform that is best known for being the home of Star Trek: Discovery season four. Another free rival, The Roku Channel, is not yet available on Apple TV devices.