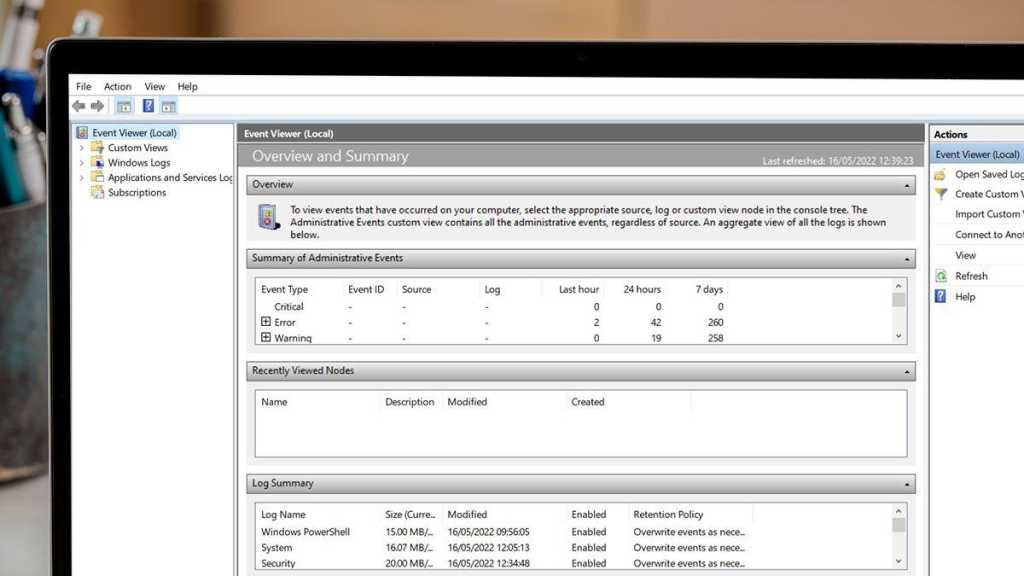 Windows 11 has been suffering from plenty of bugs in recent weeks, but Windows 10 isn’t immune. Microsoft’s older OS still gets security updates every month, but the latest of these is causing new problems. After installing version KB5013942 (10 May) there have been reports of broken apps and issues accessing files.

The most common bug affects Event Viewer, Windows 10’s tool for monitoring application and system information. It’s a great way to detect any issues early, but many people on version KB5013942 can’t open the app at all. Even if you’re one of the lucky few, Event Viewer seems prone to crashing once you start using it.

Most people can live without Event Viewer until the next update, but other reported problems are more concerning. In the Windows 10 subreddit, several people have complained about Blue Screen of Death (BSoD) crashes and some system freezes.

One user even suggested some files using the .NET 5 Framework had been removed or rendered unusable. It’s impossible to verify whether the KB5013942 update is the cause here, but it’s worth holding off on installing it for now.

The issues appear to affect devices running all recent versions of Windows 10 – 20H2, 21H1 and 21H2. It’s safe to install the KB5012591 update from April, but anything newer is associated with significant risk.

Microsoft has acknowledged several other known issues in its support document, alongside a recommended workaround. There’s no official fix currently available, but some app crashes may be solved using a similar method to Windows 11. A recent bug there caused apps using the .NET Framework to stop working.

However, the easiest solution is to simply wait until Microsoft releases its next security update. Judging by the company’s usual schedule, this should arrive on 7 June.

Looking further ahead, Microsoft is still expected to release a 22H2 feature update for Windows 10 later this year. But new features will be few and far between, with the equivalent Windows 11 updates for 2022 and 2023 the priority.