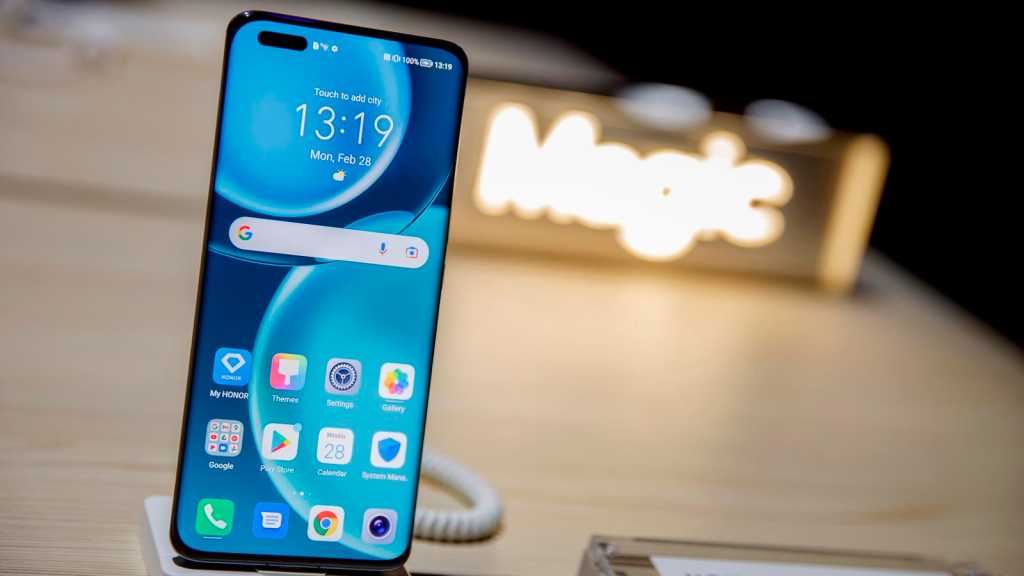 Honor will sell its Magic 4 Pro flagship phone in the UK having first unveiled the handset at Mobile World Congress back in February.

Honor also announced its mid-range Honor X8 and Honor X7 phones will be coming to the UK, as well as the Honor Watch GS 3 and Honor Earbuds 3 Pro.

The Magic 4 Pro is Honor’s first shot at launching a premium phone in the UK to compete with Samsung, Oppo, and OnePlus since Honor split from parent company Huawei. Honor said it would release the Magic 3 globally, but that never happened. Onwards with the Magic 4, it seems.

The UK is only getting the high-end Magic 4 Pro at this stage. A regular Honor Magic 4 and Magic 4 Lite are also in the range, and we’ve already reviewed the latter as it’s available in Europe.

With a pill shaped notch for two front-facing cameras capable of 3D face unlock and a circular camera module, the Honor Magic 4 Pro looks like an amalgamation of Huawei phones from years gone. But unlike newer Huawei phones, the Magic 4 Pro runs full Google services and the Google Play Store, making it a fully viable and interesting competitor to the likes of the Samsung Galaxy S22 Ultra and OnePlus 10 Pro in the UK and other Western markets.

An impressive headline feature is 100W fast charging – both wired and wireless, with the correct accessories. This is the fastest charging phone you’ll be able to buy in the UK when it comes out, and 100W wireless charging is crazy cutting edge.

The phone has the Qualcomm Snapdragon 8 Gen 1 processor with 8GB RAM and 256GB storage, the only version to go on sale in the UK. It’ll be available in cyan or black, so the UK misses out on the fancy vegan leather versions we saw at MWC.

With all the bells and whistles you’d expect from a flagship like IP68 water and dust resistance, a 1312 x 2848 high resolution OLED, and 4,600mAh battery, the phone also has its own display chipset that Honor says can render and upscale content.

Pre-orders for the Magic 4 Pro go live on 13 May. You can pick up the phone from HiHonor.com, Three, Currys, Amazon, Argos, and Carphone Warehouse.

The Honor Watch GS 3 also launched at MWC and is now confirmed to be coming to the UK market. It looks rather lovely with a circular 1.43in AMOLED screen and metallic body option that means it could easily pass as a dress watch, unlike many other smartwatches.

Honor claims the watch uses artificial intelligence algorithms to cancel out noise during exercise to improve heart rate accuracy, but the slick design doesn’t look like one you’d necessarily want to sweat all over. Thankfully there’s a black sportier version with a silicone strap if you’re after a smartwatch for the gym.

If you are then the watch boasts over 100 workout modes. Bet you can’t use them all. If you pay £189.99 for the black model you can give it a go. The watch runs Honor’s own software, so you won’t be able to download third party apps.

The classier gold and blue models are going for £209.99 and all three are available to buy from 13 May from HiHonor.com.

If you pick up a Magic 4 Pro and a Watch GS 3 then it might make sense to complete an Honor trinity with the Honor Earbuds 3 Pro. The buds headline feature is real time temperature monitoring that Honor hopes you will use to some effect during exercise.

The earbuds owe more than a little thanks to the AirPods Pro when it comes to design, though if you get the silver instead of white version it’s not so noticeable. They have active noise cancellation and retail for £169.99.

You can pre-order a Magic 4 Pro bundle in the UK that nets you extras worth £324 – namely the ocean blue Honor Watch GS 3, a wireless charging dock to take advantage of the insane 100W wireless charging, and a phone case.