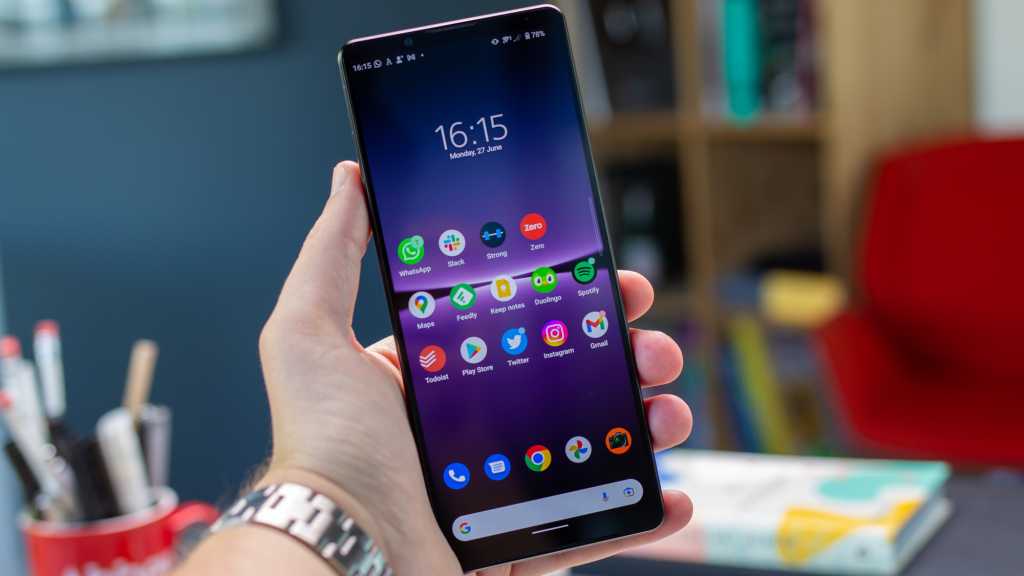 Sony keeps things simple with its smartphone lineup these days, with just a few handsets released each year.

Its most expensive 2022 phone is the Xperia 1 IV, which was first revealed back in May. The compact Xperia 5 IV and mid-range Xperia 10 IV have also launched this year, but it’s Sony’s flagship that’s the focus here.

Cameras are the priority once again, with a new variable focus length telephoto that delivers optical zoom from 3.5-5.2x. It’s joined by an upgraded selfie camera, Snapdragon 8 Gen 1 chip, 4K OLED display and a 5,000mAh battery.

Price remains the big sticking point, but some useful offers right now mean you might be able to get a great deal. Here’s where to buy one in the US and UK this December.

Best Sony Xperia 1 IV deals in the US

The Xperia 1 IV finally arrived in the US in September, and there are now some great deals available:

In terms of carriers, Verizon only has the option to connect an unlocked phone to its network. It’s not available at T-Mobile or Verizon.

In the UK, check the following:

If you’re looking to buy the phone on contract, here are your options:

Vodafone and Virgin Media have sold Sony phones in the past, but the Xperia 1 IV isn’t available at either. Judging by past releases, the won’t ever be on sale via Three.

This article is regularly updated, but the widget below provides the very latest pricing information:

How did the Sony Xperia 1 IV cost at launch?

Not quite ready to commit to buying the phone? Read our full Xperia 1 IV review, or learn more in our full guide to the phone. The more affordable Xperia 10 IV and Xperia 5 IV are also worth considering.

We have a similar guide for Google’s mid-range Pixel 6a, too.