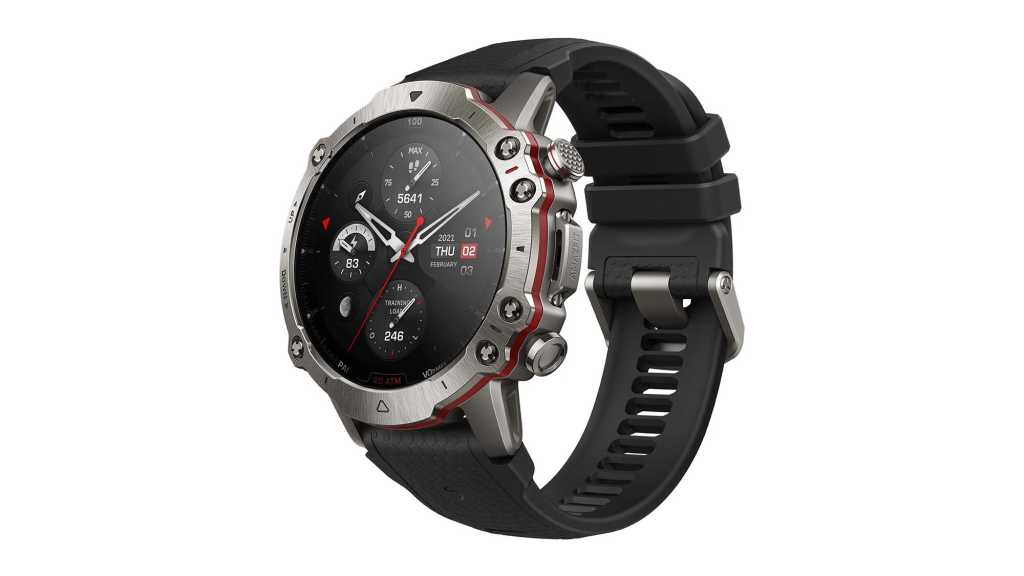 Amazfit’s T-Rex line is something of a surprise player in the rugged activity tracker space, offering up a refreshing degree of affordability against rivals that cost two or three times as much. Now, however, the company is ready to take on more premium players with the Amazfit Falcon.

The new rugged smartwatch, once known by the codename ‘Vienna’, goes beyond the competitive price/performance balance struck by the T-Rex line, with more premium materials and a more potent feature set.

When does the Amazfit Falcon launch?

The Falcon is out now, after launching globally on 13 October.

How much is the Amazfit Falcon?

The Falcon costs $499/£499/€499, and is available now from the Amazfit store, with plans to appear on Amazon and other storefronts soon too.

Depending on your currency, that means it costs around double the recent Amazfit T-Rex 2, the company’s next most powerful rugged watch.

What are the Falcon specs and features?

Premium rugged multisport watches don’t come along that often, with Polar’s $600/$520 Grit X Pro Titan being one of the only recent examples to spring to mind – unless you count the Apple Watch Ultra or Samsung Galaxy Watch 5 Pro.

The Falcon is built with an aircraft-grade TC4 titanium unibody design, with a corrosion-resistant finish. It boasts both MIL-STD 810G certification and 20ATM water-resistance, plus sapphire crystal glass across the display. Even the four buttons are made from titanium.

The display is a 1.28in always-on AMOLED, with a 416×416 resolution and brightness of up to 1,000 nits. In addition to that sapphire crystal glass protection, it also has an anti-fingerprint coating.

You can expect the usual array of health and fitness features powered by the company’s Zepp OS 2 software, including heart rate monitoring, blood oxygen level measurement, sleep tracking, and stress measurement. Over 150 exercises are recognised, with automatic workout detection for eight of them.

There are also impressive GPS specs – important for an endurance device. The watch supports satellite positioning systems and dual-band GPS (L1 and L5) for accurate real-time tracking and consistent signal strength. It can also show the shortest straight line back to the starting part of your journey when you’re in a hurry.

The more demanding functionality accounts for a shorter promised battery life of 14 days per charge – compared to the T-Rex 2’s quoted 24 days – though really that’s still plenty. The 500mAh battery can be fully topped up in two hours.

Check out our rundown of the  best smartwatches and  fitness trackers available right now, to see what the Amazfit Falcon is up against.