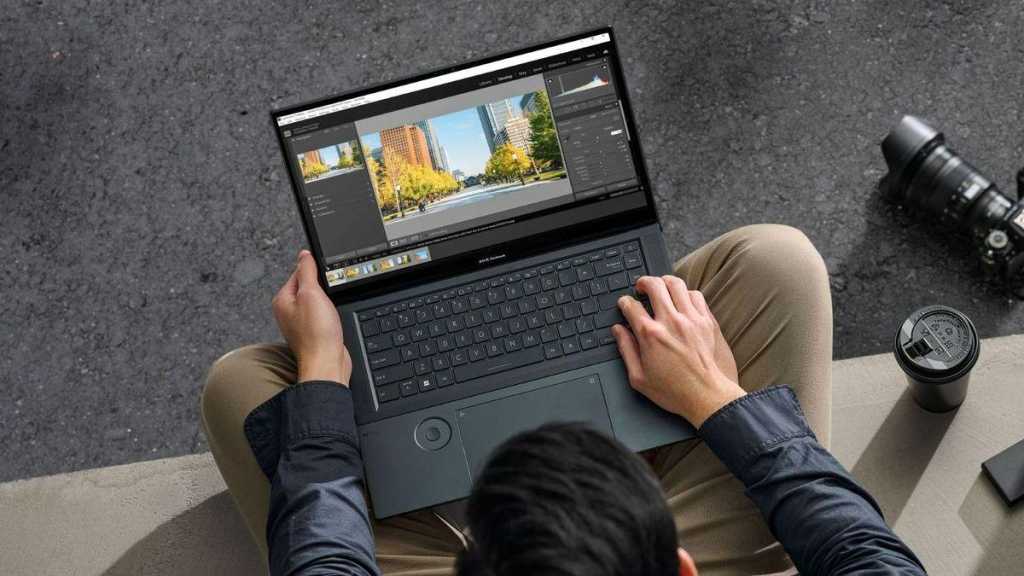 Asus’ Zenbook lineup for 2022 is all about performance, but one device stands out in more ways than one. The brand-new Pro 16X is the most powerful Zenbook laptop the company has ever made, although it has a price tag to match – from £2,999/$2,599.

As you might expect, Asus attempts to justify this with a premium spec sheet. This includes Intel’s performance-focused Alder Lake-H CPUs under the hood, maxing out at a Core i9-12900H. It’s paired with an RTX 3060 discrete GPU, alongside up to 32GB of DDR5 RAM.

The cheapest configuration drops down to a Core i7-12700H and 16GB of RAM, but retains the same Nvidia graphics card. It doesn’t sound quite as impressive, but demanding tasks such as video editing, programming and graphic design should still be well within reach.

Display is something that’s consistent across all configurations. It’s a 16in, 4K OLED panel, adopting the industry standard 16:10 aspect ratio. The screen supports touch input and the full DCI-P3 colour gamut, but you’re limited to a 60Hz refresh rate. On such a premium device, it’s reasonable to expect a 90- or 120Hz screen.

The Pro 16X looks like any other Zenbook laptop from the outside, but flipping it open reveals a key design feature. Next to the trackpad, you’ll find the latest iteration of the ‘Asus Dial’, a physical rotating controller that’s fully compatible with Adobe’s Creative Cloud apps.

Asus recommends using it for adjusting the likes of brightness, saturation and brush size, but it can be fully customised within Windows 11. The feature was available on last year’s Zenbook Pro 15, but it’s now covered in glass and 75% thinner.

Next to it, you’ll find a large trackpad with a virtual number pad built-in. This now supports haptic feedback, but there’s plenty of room for separate physical keys on a laptop of this size.

But the other key feature to highlight is a huge 96Wh battery – one of the largest you’ll find on any laptop. Asus advertises up to 10 hours of battery life but doesn’t say how fast the 200W adapter will charge it.

The Zenbook Pro 16X will start at £2,999/$2,599 when it launches in June. International pricing and availability are yet to be revealed.

Asus has also launched a new 17in version of its regular Zenbook Pro laptop. This looks like a rival to the LG Gram 17 on the surface, but the ultra-premium spec sheet tells a different story.

There’s also a new Zenbook Pro 14 Duo for 2022, featuring its classic dual-display design. The 14.5in main panel and 12.7in secondary display can both output at 120Hz, while Intel’s H-Series chips and the RTX 3050 Ti are under the hood here.

A bumper day for Asus also includes new Vivobook devices, while there’s a separate event on 17 May for its ROG gaming hardware.