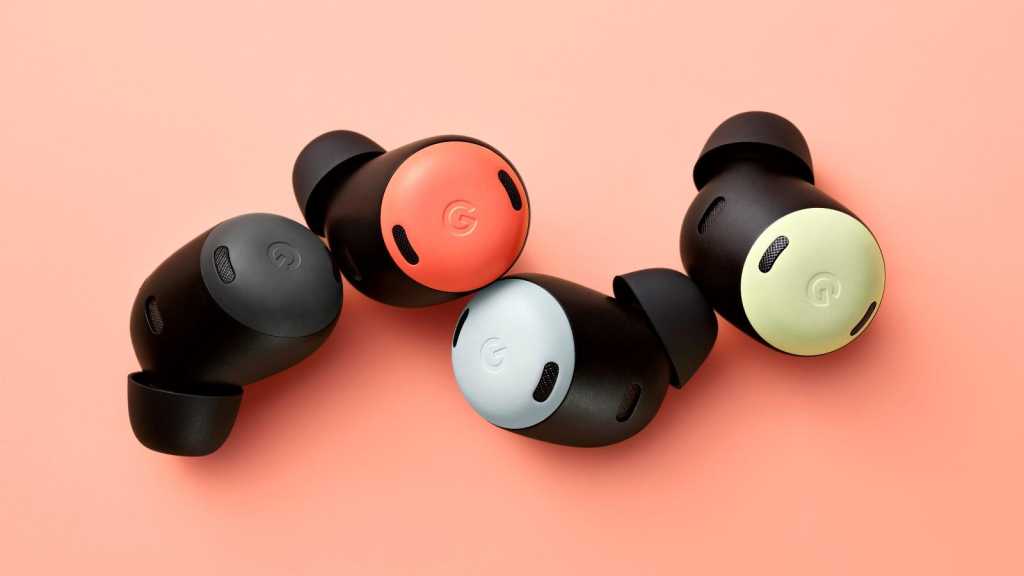 Although they were only leaked just days ago, the Google Pixel Buds Pro are now official as the firm’s most premium pair of wireless earbuds yet.

Unveiled at Google I/O alongside the likes of the Pixel Tablet, Pixel 6a, Pixel Watch and Pixel 7 phones, the Pixel Buds Pro join the portfolio and offer high-end features such as active noise cancelling, custom drivers and wireless charging.

When will the Pixel Buds Pro be released?

It’s been a bit of a wait for the Pixel Buds Pro but you can pre-order the earbuds now from the official store. Alternatively, they’re also available from Amazon with more coming shortly, we’re sure.

In the US, they’re also up for pre-order on the Google store.

They will go on sale alongside the Pixel 6a on 28 July.

How much do the Pixel Buds Pro cost?

Our prediction of a price around $200/£200 turned out to be a winner as Google has confirmed the Pixel Buds Pro are priced at $199/£179 – double that of the Pixel Buds A-Series.

What are the Pixel Buds Pro specs?

As you would expect, the Pixel Buds Pro have specs and features that warrant that ‘Pro’ branding.

The main one is active noise cancelling (ANC) – that’s a first for Pixel Buds – with Silent Seal which Google says can adapt to your ear shape to maximise the amount of noise that’s cancelled out. This is powered by the firm’s own 6-core processor, drivers and algorithms.

The Pixel Buds Pro also offer a transparency mode so you can hear ambient sound around when it’s needed or safer to do so.

Sensors can also monitor the air pressure in your ear canal to make sure things are comfortable by relieving pressure if needed. Volume EQ will tune the earbuds as you adjust the volume so the audio is balanced across lows, mids and highs.

Multipoint connectivity means the Pixel Buds Pro can quickly and seamlessly swap between devices without you having to faff around with Bluetooth settings menus. They can automatically switch between your last two connected devices – including Android, iOS, tablets and laptops.

Google touts clear call quality even if your out-and-about on a windy day thanks to beamforming mics, a voice accelerometer, wind-blocking mesh covers and bone conduction technology. Like previous Pixel Buds, the earbuds support Google Assistant with real-time translation in 40 languages.

To keep up with Apple, special audio is a feature that Google will add later this year and will be compatible with selected Pixel phones.

For battery life, the Pixel Buds Pro are rated at up to 11 hours of listening time or seven hours with ANC turned on. The case will take you to up to 31 hours total and can be charged wirelessly. Pop the earbuds in the case and a 5-minute charge can get you one hour of listening with ANC.

In terms of design, the Pixel Buds Pro offer IPX4 water resistance (the case is IPX2) and they come in four two-tone colours: Coral, Lemongrass, Fog and Charcoal.

We discussed the Pixel Buds Pro and Google’s other new hardware in episode 114 of Fast Charge, our weekly podcast: