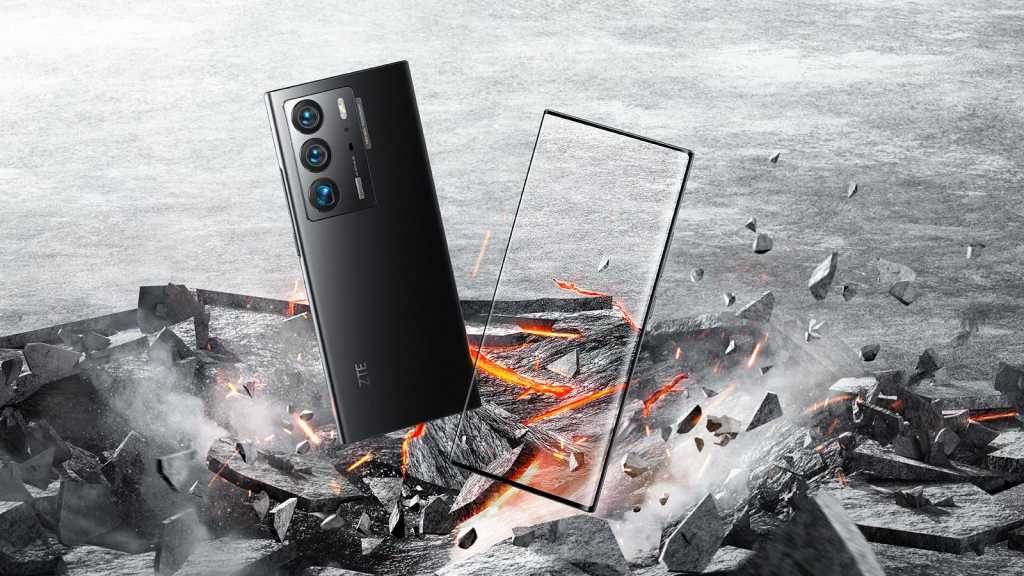 The two handsets look quite similar to each other with huge curved displays, but it’s the Ultra that is most remarkable thanks to triple cameras and a fully hidden under-display selfie camera on the front for a screen with no notch.

The Ultra has ZTE’s third generation of this under-display technology, and how it works appears to be far more advanced than the awfully primitive effort on Samsung’s Galaxy Z Fold 3.

We’ve just reviewed the Ultra, awarding it 3.5 stars out of 5. Why not higher? Click here to read the review and find out.

In the meantime, here’s everything you need to know about the ZTE Axon 40 Pro and Axon 40 Ultra.

When will the ZTE Axon 40 Pro and Ultra be released?

ZTE has said the Axon 40 Pro and Axon 40 Ultra are available for pre-sale now in China and will go on general sale on 13 May 2022.

The Axon 40 Pro and Axon 40 Ultra went on sale in China on 13 May and thankfully for a lot of the rest of the world there is an official global version of the higher end Ultra that went on sale in June.

This is a very competitive price for a phone with top tier 2022 specs. ZTE’s UK site also says it ships to the following countries:

How much will the ZTE Axon 40 Pro and Ultra cost?

ZTE unveiled full Chinese pricing for both phones at the launch event, and they are pretty similar to the previous generation.

Several versions are available with different RAM and storage configurations. We’ve listed the US Dollar and Pound Sterling direct conversions next to the price so you can get an idea of how much the phones would set you back if you fancy importing them.

Here’s how the previous Axon generation was priced at launch:

What about the ZTE Axon 40 Pro and Ultra specs and features?

With no regular model, the Axon 40 series goes straight in at ‘Pro’. The Axon 40 Pro is no slouch, with a quad-camera array featuring a 108Mp main sensor. Its punch hole selfie camera is positioned in the centre.

It’s powered by the Qualcomm Snapdragon 870 chipset, with a 6.7in AMOLED 1080p screen, up to 144Hz refresh rate and a zippy 360Hz touch sampling rate.

But ZTE has reserved the best specs for the Axon 40 Ultra, which has that nifty under-display selfie camera.

The phone is rocking the top-of-the-line Snapdragon 8 Gen 1, a 6.8in AMOLED with 1116p resolution and 120Hz refresh rate. It’s kept going with a large 5,000mAh battery and 65W wired fast charging.

On the back it’s got triple 64Mp cameras, the main and ultrawide both using the Sony IMX787 lenses, while the third is a periscope telephoto with optical image stabilisation (OIS).

The Axon 40 range will also support the new Snapdragon Sound technology that we’ve seen on Redmi K50, Xiaomi 12, and Vivo iQOO 9 Pro Legend. Joining this will be dtsX Ultra audio, so the speakers should produce decent audio.