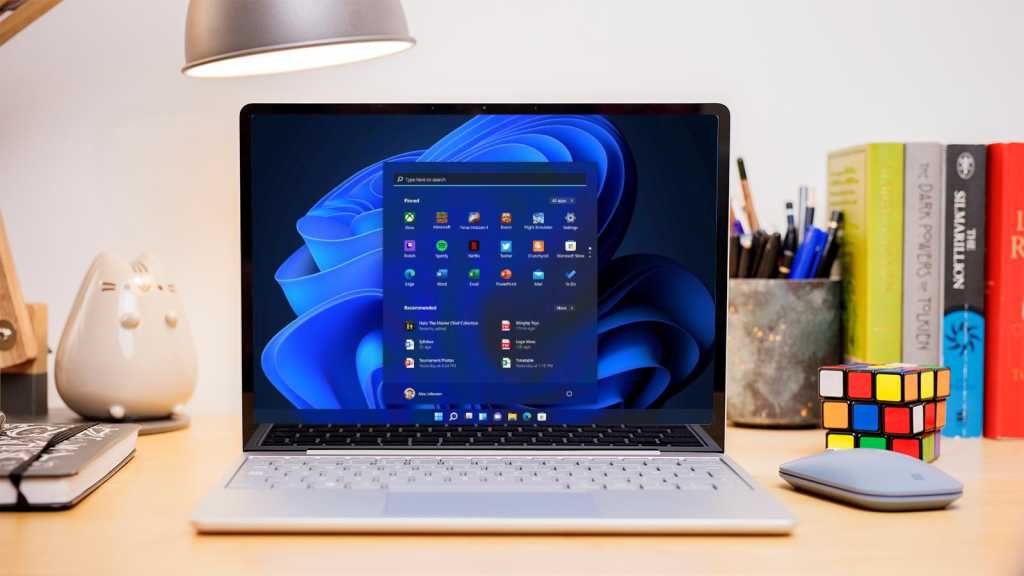 Microsoft has already added lots of new features to Windows 11 since its initial release in late 2021, and it looks like plenty more are on the way.

It looks like this will be the way forward for Windows 11 – frequent smaller updates rather than one big one each year. But that’s not guaranteed by any means. Here’s everything you need to know.

When will Windows 11’s 23H2 update be released?

With the introduction of Windows 11, Microsoft announced that it was shifting to annual feature updates. The 22H2 update is out now, so you could be forgiven for thinking that we’ll get a 23H2 update in late 2023 – potentially September or October.

However, a July 2022 Windows Central article suggested that Microsoft will do away with feature updates entirely. Author Zac Bowden says they’ll be replaced with “Moments” – new feature-laden updates that are released every few months. If this turns out to be true, features initially rumoured for the 23H2 update would be released gradually throughout 2023 instead.

Given we’ve already seen tabs in File Explorer and other new features added in a separate update, it looks like this may become a reality.

But while this is likely to be the case, you shouldn’t give up on the 23H2 update entirely. A Windows Latest article from November 2022 says it’s “still on the cards”, but it won’t be a major new version.

The latter is expected in 2024, and it may be known as Windows 12 instead as Microsoft shifts to a three-year update cycle.

But whenever a significant update arrives, you probably won’t be able to install it straight away. Microsoft still tends to throttle up availability in order to manage demand, with newer devices prioritised. It doesn’t take nearly as long as the initial Windows 11 rollout, though.

For earlier access, you can always join the Windows Insider Program and try out new functionality before it’s released to the public. However, do note that not all features in the Dev Channel make their way into final versions. The Beta Channel offers a good balance for most people, but it’s still not recommended on your main device.

Will all existing Windows 11 devices be compatible with version 23H2?

There are no indications that’ll happen again anytime soon, unless Microsoft surprises us with the release of Windows 12 ahead of its currently rumoured 2024 release date.

A more likely scenario is that some older devices will be phased out at that point, rather than in 2023.

What new features will be available in the 23H2 update?

The 23H2 update isn’t expected for many months, but we already have some idea of what to expect.

Considering the original Windows 11 release was known simply as ‘Sun Valley’, this feels like a logical conclusion. However, it’s anyone’s guess what ‘refined investments’ actually means. Perhaps it’s more subtle tweaks rather than any big overhaul, but that was always likely.

Indeed, a subsequent Windows Latest article from June 2022 suggests Microsoft has “confirmed” that the 2023 feature update will be SV3 (Sun Valley 3). This is based on recent updates to the Dev channel of the Windows Insider Program, which reference both ‘SV3’ and ‘copper’, another expected internal codename. Evidence of the 22H2 update has been available within early builds for a while, so it makes sense for this to be the 2023 equivalent.

However, in an April 2022 video, Windows Central’s Zac Bowden and Daniel Rubino discuss what the 23H2 update could entail. Despite the big caveat that this could all change, there are some useful insights worth knowing about – both are reliable journalists with a strong track record for Windows news.

Despite Windows 10’s dedicated tablet mode being dropped for Windows 11, Microsoft is continuing to make the OS more suited to touch input. Bowden anticipates there’ll be more to come, with the potential for a separate tablet user interface (UI) to be reintroduced in version 23H2. Windows Latest‘s Mayank Parmar agrees, suggesting a tablet-friendly taskbar could arrive in 2023.

Elsewhere, Bowden believes that the update will further improve how Windows communicates with Android. Microsoft recently rebranded the Your Phone companion app as ‘Phone Link’, redesigning it in the process. With the Surface Duo 3 also likely in 2023, this makes a lot of sense.

Bowden also believes version 23H2 might be when we’ll finally see a system-wide dark mode. This was originally intended for the first release of Windows 11 in 2021, but there’s no suggestion it’ll arrive this year either.

Later in the video, Rubino suggests 2023 will be a big year for foldables running Windows 11. That might not include a portrait Surface Duo, but Microsoft will be keen to optimise the operating system for a variety of different form factors.

A separate Windows Latest article discusses another potential 23H2 feature. As Microsoft subtly revealed at its April 2022 event, the option for app folders on the Windows 11 desktop looks to be on the way. With no rumours suggesting it’ll arrive in the 22H2 update, this could be something we’ll have to wait until 2023 for.

Of course, a subsequent Windows Central article suggests these features will be delivered throughout 2023 rather than all at once in the 2023 update. But no other specific features were revealed at the same time.

Looking further ahead, it seems we could be getting Windows 12 as soon as 2024.