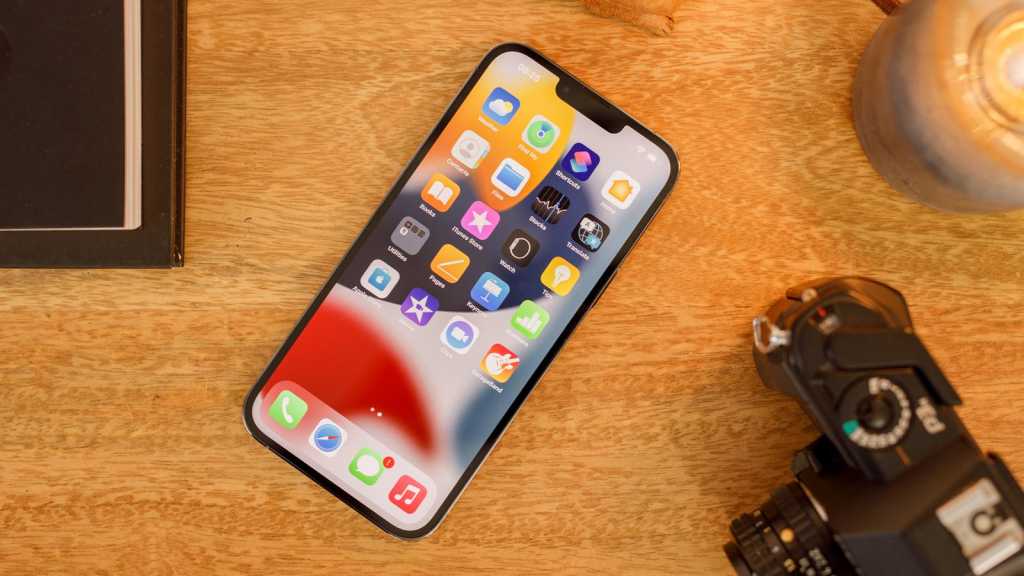 iPhones are hugely popular around the world, with over 57 million iPhones sold during Q1 2021 – a period of just three months. Let that sink in for a sec. It’s not hard to see why either, with Apple’s smartphone collection offering a great blend of hardware and software, with great design, cameras and mobile performance across the board.

However, despite Apple’s repeated attempts to toughen up the glass on the iPhone, cracks and outright smashes are still commonplace amongst iPhone users. Let’s be honest, we all know at least one person with an iPhone missing 85% of its display glass while still somehow using it on a daily basis.

The good news is that, if your iPhone screen does get cracked or completely shattered, there is a way – in fact, several ways – to replace it, ranging from taking it to an Apple Store to doing it yourself from the comfort of your own home. We talk you through all the ways you can fix a broken iPhone display right here.

The Apple Store is arguably the best port of call if you’ve broken your iPhone screen. After all, Apple built the iPhone, it’ll know the best practice for replacing broken components.

Unsurprisingly, it won’t do this out of the kindness of its heart, charging consumers a pretty penny for the pleasure of replacing a broken screen. That still applies even if you’re still within your warranty period, as accidental damage isn’t covered by the standard 1-year warranty.

The price of the display replacement will depend on which model you have, with the top-end Pro Max costing the most at an eye-watering £316.44, and at £266.44 for the standard iPhone 13, things don’t fare much better.

Here’s a complete breakdown of how much it’ll cost you to get your iPhone screen repaired at the Apple Store, as per the Apple support website:

If you did purchase the optional AppleCare+ when you purchased your iPhone, you’re in luck. You’ll still have to pay an excess, but Apple does offer two repairs for accidental damage as part of its extended warranty.

At just £25/$29 regardless of the model of iPhone, it’s a great offer, and if any other component is broken, it’ll cost a flat rate of £79/$99 to repair. You’re probably wishing you bought AppleCare+ now, right?

If you want to down the official Apple route, simply head over to the Apple Support page to book an appointment at your local Apple Store, or send it in via the post.

While it’d be best to get your iPhone repaired by Apple directly, let’s be honest, those prices are a little too expensive for the vast majority.

The next port of call for many will likely be local retailers, with phone repair shops popping up in towns and cities around the world and many specialising in iPhone screen repairs. Some are large well-known retailers, while others are small independent shops looking to fix your gadgets.

Importantly, these prices are often more competitive than Apple’s prices, though it’ll vary depending on your location.

One notable retailer offering iPhone screen replacement in the UK is Currys, and more specifically, the Team Knowhow service found within. Team Knowhow offers Apple-certified replacements with official components, and that’s somewhat of a rarity outside of the Apple Store itself.

It’s worth noting that Team Knowhow actually sends your iPhone to Apple to get the screen replaced, but somehow, prices are cheaper than going to Apple directly. So, you should get the same level of care and quality as the Apple Store, but at a slight discount, and you’ll get a 90-day guarantee following any and all repairs.

The retailer has also noted that, while Apple requests that it sends all iPhones for repair, the retailers will exchange your iPhone for an Apple refurb unit if it’s within the warranty period, essentially nabbing yourself a scuff-free iPhone for the cost of a screen replacement.

The catch? It’s only available at a handful of stores, and the company doesn’t publicly share prices for repair, so you’ll have to pop into your local Currys store to enquire.

Timpson is another – rather unsuspecting – candidate for UK consumers, acting on the growing demand for a local repair service by adding phone and tablet screen replacements to its repertoire.

It’s available in most Timpson stores in the UK, though you can use the Store Locator with the ‘Phone and Tablet Repairs’ dropdown selected to find the closest one to you, and if there isn’t one nearby, you can send it in via the post.

Prices aren’t cheap, closely mirroring (if not slightly more than) the official Apple prices, with iPhone 12 Pro Max screen replacements coming in at a cool £350 from the retailer, and the iPhone 13 range is yet to be supported.

There are benefits, including same-day replacements and a lifetime warranty on the replacement screen, but it is still a pricy option. If you are interested, you can find out more about Timpsons’ screen repair service separately.

Much like Currys in the UK, US consumers have the choice of heading to Staples instead of the Apple Store – though it’s only available in select stores, rather than nationwide.

Still, Staples can repair a broken display, as well as replace batteries and even dry out water-damaged devices using its TekDry machines – but that’s all beside the point. Staples aims to replace your iPhone display same-day, and it offers a one-year warranty on new parts installed for peace of mind.

The catch is that, unlike Currys, Staples isn’t a certified Apple service center, so getting your display replaced there would void your warranty (if it’s under 12 months old, anyway!). Like Currys, it doesn’t publicly advertise iPhone screen replacement pricing, so you’ll have to contact your local store to enquire.

As well as big retailers, there are plenty of independent repair shops that’ll repair your iPhone screen in the UK and US – and many of them will do so at a much cheaper rate than established alternatives.

The problem is that these parts may not be genuine Apple parts, and thus, may end up going wrong again down the road, requiring you to spend even more money replacing itonce again. Whether that’s a risk you’re willing to take is down to personal choice, as it’ll void any existing Apple warranty you might have.

There are also potential security issues. Your iPhone is likely at the centre of your life, storing your texts, emails, photos and other sensitive data, and when you hand it over, you’re essentially handing over your digital hub.

There is a small risk that your data could be browsed or even remotely stored, especially in smaller stores where security regulations may be lax – a particular risk for business users. It’s not like it hasn’t happened before, after all.

If you can’t get to a local retailer or an Apple Store to repair your iPhone, you could always send it to an online repair service via the post. There are caveats to services like this, like the fact it’ll take longer to get your phone back, but it is a convenient way to get it repaired.

In fact, Apple itself offers the service, allowing you to box up your iPhone and send it to the Apple Store to be repaired, and there are plenty of third-party alternatives too.

One popular online service is iSmash. While you can head to any of its physical storefronts in London, you can send your broken iPhone from anywhere in the UK. Unlike some physical storefronts, iSmash uses genuine iPhone components, and come with a lifetime warranty.

Unfortunately, that also makes them pricy, with repairs broadly in line with that of the Apple Store. The iPhone 13, for example, will set you back the same £266.44 – and at that point, you might as well send it to Apple.

Depending on your technical skill, you also have the option of repairing the iPhone display yourself from the comfort of your own home. It’s not something we’d recommend for the vast majority of consumers as you might end up breaking another component in the process, but the option is there for tinkerers.

In fact, there are a few options when it comes to iPhone DIY – including a new resource from Apple itself.

Apple has launched its Self Service Repair program in the US, months after its official reveal, providing consumers and independent technicians with genuine Apple parts and guidance from the company on installing the component too.

There is a range of repair kits available from Apple, including screen replacements, though only for the iPhone 12 and iPhone 13. Older iPhone users will have to look elsewhere.

Your kit will not only provide genuine Apple parts, but it also comes with all the tools you’ll need to disassemble your iPhone by following Apple’s step-by-step instructions.

It’ll still be complicated, with Apple recommending the service for “individual technicians with the knowledge and experience to repair electronic devices” but the option is there.

You can even send your broken components back to Apple for recycling, and as a thank you, it’ll add credit towards your next Apple purchase.

The one complaint, aside from being US-exclusive right now, is that it’s still a fairly expensive way to fix your iPhone, with the added risk that something else might go wrong in the process. If that doesn’t bother you, you can order your kit from the (most un-Apple-like) Self Service Repair website.

The alternative to Apple’s Self Service Repair program for those outside the US is iFixit. As well as tearing down all Apple devices and letting us see what’s hidden within, iFixit has a range of tutorials on how to fix just about anything on your iPhone, with clear, easy-to-follow steps and high-res imagery taking you through the process.

It’s not just an instructional site though; like Apple, you can buy the parts and tools you need directly from iFixit. The catch is that it’s not an authorised Apple reseller, and the parts aren’t official, though iFixit claims that their parts “consistently leads the industry because we have the most robust processes”.

The upside is that the components are much cheaper than Apple’s official option, providing the opportunity to save some cash if you’ve got the technical skill.

If your iPhone is beyond repair, you’ll probably want to pick up a new model. If that is the case, take a look at our selection of the best iPhone 13 deals and save yourself a bit of cash.