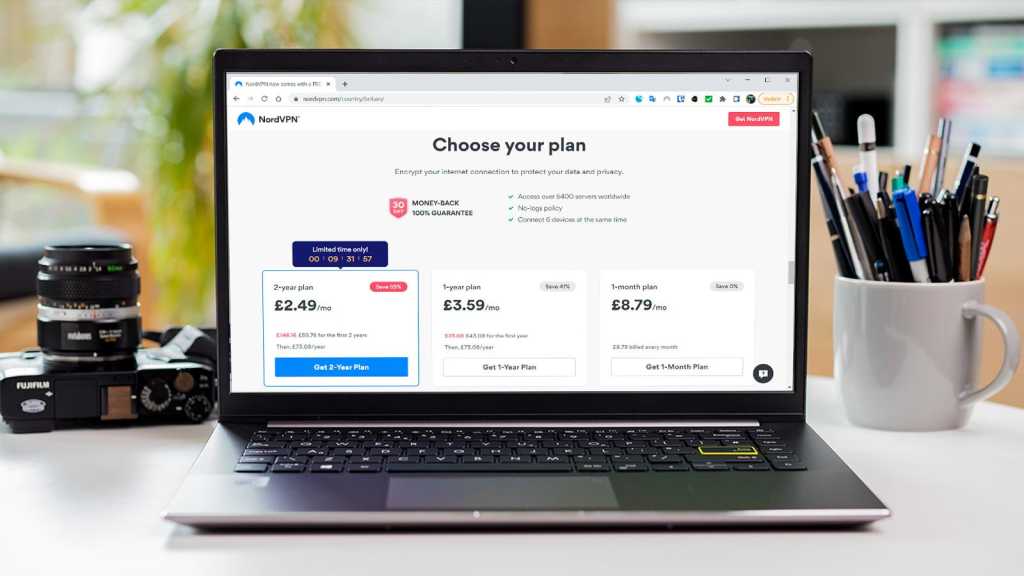 When you go to a VPN service’s website, you’re almost guaranteed to see enormous discounts – sometimes more than 90% off.

It’s always sounded too good to be true (and it is, really) but because they all do it, it’s become the norm. And as I always explain, these insane-sounding deals are possible because they’re based off the price of a one-month subscription.

Relative to multi-year subscriptions, one-month plans are very poor value. Typically a single month of VPN use will cost you around £8-12 (the same in US dollars), but a two-year subscription might be only £40-60 / $50-70.

A minority will pay for a month’s use to test out the service before subscribing for longer, or because they need only short-term use for a holiday, work trip or something else. The fact is, no-one subscribes long term on a rolling one-month basis and that’s why the discounts are arguably fake news.

£2-4 ($3-$5) per month is the going rate for many VPNs, and this is the price you’ll see advertised on their websites even though you have to pay for the entire subscription up front.

NordVPN has seemingly woken up to the fact that the extreme discounts are a problem because it has now decided to base its deals not on the single-month price but – more sensibly – on the price of renewal.

In an email to Tech Advisor, NordVPN said, “For a while now, we’ve been discussing how our discounts for the 1y and 2y plans were calculated based on the 1-month plan. We’ve come to the conclusion that this way of calculating can be both confusing and sometimes misleading, hence it needed changing.”

It’s refreshing to hear the admission. The new discounts are now a more reasonable-sounding 60% off for the two-year plan and 39% for the one-year, and are based on the renewal price at the end of the deal period.

The fact that prices jump upon renewal might come as a shock to some who assume they’ll be billed the same amount when their subscription expires, but it highlights a different problem: not all VPN services can follow NordVPN’s lead.

That’s because they don’t all increase prices upon renewal, which would mean they have no option but to stick with using the one-month price as the basis for any discounts. For example, CyberGhost, ExpressVPN and Hidden24 charge the same price on renewal.

The real problem, however, is that too many VPN companies mislead customers with the prices they advertise. And NordVPN remains among them. Underhand sales tactics include using “free” months at the end of the subscription to lower the monthly price by counting them as paid months, and sneakily showing prices that exclude tax in countries where buyers expect to see it included.

In the UK, it looks like NordVPN’s two-year subscription costs £2.49 per month (saving 59%), but VAT is added at the checkout which raises the real cost to £2.99 per month.

All of this is unnecessary, in my view. Assuming you’re willing to subscribe for a year or two, most VPN services offer genuinely good deals that don’t need to oversold. For the price of a Starbucks coffee, or thereabouts, you’re getting a month’s use of a VPN service. Plus, you can usually use the service on 5-10 devices at the same time.

So while NordVPN’s new discounts are a step in the right direction, what I really want to see is honest pricing… from Nord and  all VPN services. That means displaying the total cost you’ll pay (including taxes and not hiding renewal prices in the small print) and stopping the practice of including free months in the monthly price calculation to make it look lower than it really is.

Finally, let there be an end to all countdown timers or “limited time deal” banners that try to force you to subscribe quickly, lest you delay and miss out on the best price. In general, these prices are available year round and tricks like this don’t exactly help to build trust with customers.

And trust is what VPN services rely on, because they have access to all the data from your devices that passes through their severs. This is why independent audits are so important. Without them, you simply have to take the company’s word for it that they don’t log any data and stick to everything else they claim to do in their privacy policies. As a user, you’ve no way to know what happens behind the scenes.

As ever, the best way to choose a VPN is to read independent reviews that go beyond the crazy discounts and evaluate every aspect of the service. So if you’re looking for one, the best place to head now is to our roundup of the best VPN services where NordVPN remains our top recommendation: in spite of the pricing issues, it’s a superb all-round product.