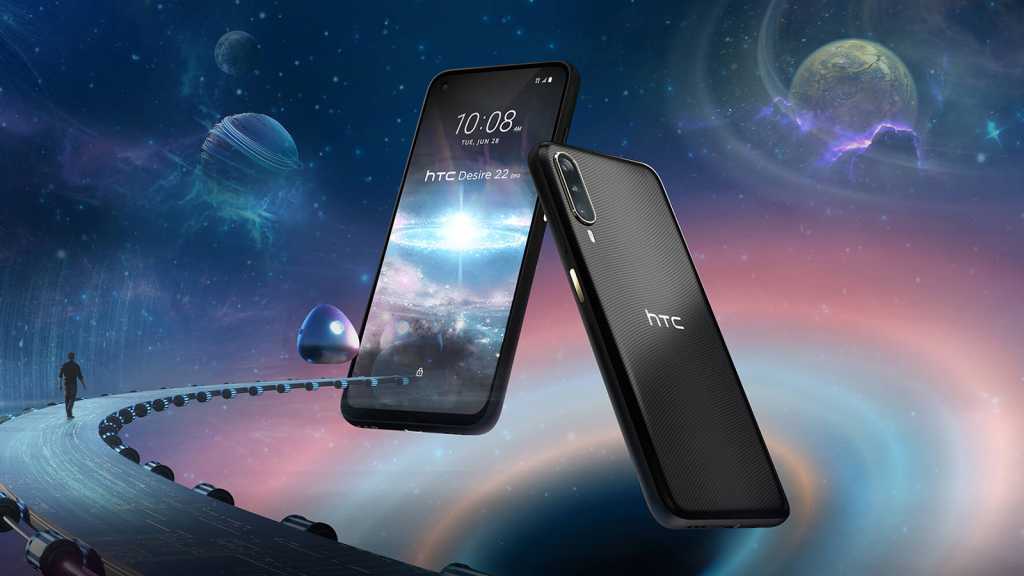 Remember HTC? The smartphone market moves fast and companies are easily forgotten, but it’s still mad to think HTC used to rule the Android roost about a decade ago

Phones like the One M7 were genuinely better than the iPhone of the time but it’s hard to think of HTC challenging at the top again.

The company knows this and is playing in its niche with the new Desire 22 Pro, a phone billed as a companion device to the HTC Vive Flow virtual reality headset.

We reviewed the Flow and found it had a lot of issues. Hopefully the same won’t be said of the phone, which is designed to be used with HTC’s suite of apps to tap into its Viveverse, its branded version of the metaverse.

At first glance though the Desire 22 Pro’s ability to wirelessly cast Netflix to the Vive Flow is hardly a metaverse-specific feature. Here’s everything you need to know about the Desire 22 Pro.

When will the HTC Desire 22 Pro be released?

Although announced on 28 June the Desire 22 Pro won’t ship until 1 August.

How much will the HTC Desire 22 Pro cost?

The Desire 22 Pro is available to pre-order in the UK for £399 direct from HTC. If you order before or on 30 June, you will get free shipping.

In Europe the phone is listed for €459, and it doesn’t look like it’s coming to the US market.

What specs does the HTC Desire 22 Pro have?

Die-hard HTC fans (and they are still out there, we see you!) might be disappointed the phone is not a flagship sequel to the firm’s last high-end device, 2018’s HTC U12+ (which we said was itself a disappointment).

The Desire 22 Pro is a mid-range phone with a Qualcomm Snapdragon 695 5G processor, 8GB RAM, and 128GB expandable storage.

The 6.6in display has a 120Hz refresh rate but a clue to how the price is kept lower is that this is an LCD, not an OLED. Still, it’s good to see it ship with up to date Android 12, a decent size 4520mAh battery and IP67 water and dust resistance.

Desire 22 pro is the phone to carry you into the future. Learn more: https://t.co/QOev17nRSQ#htc pic.twitter.com/Hrwrp5iNmw

But perhaps the best feature, and reason, to get the Desire 22 Pro is how it cleverly can mirror its screen to the Vive Flow headset. Many phones can cast to screens, but the way HTC does it is different.

The company uses Miracast to wirelessly show your phone screen on the headset, but to work with DRM protected content from Netflix, Disney+ and other streaming services, it needs HDCP 2.2 compatibility to work properly. This is available on other phones, but it’s the main bottleneck for compatibility with the Vive Flow.

Tech Advisor’s Lewis Painter tried it on the Oppo Find X5 Pro and Asus ROG Phone 5 and neither worked properly. There’s a list of compatible phones on HTC’s website that is fairly extensive, but the Desire 22 Pro is marketed as the best and easiest way to hook up your eyes with sweet protected content on the Vive Flow.

At £399 it’s also more expensive than other very competitive mid-range phones. We hope to get our hands on the phone soon for a full review.