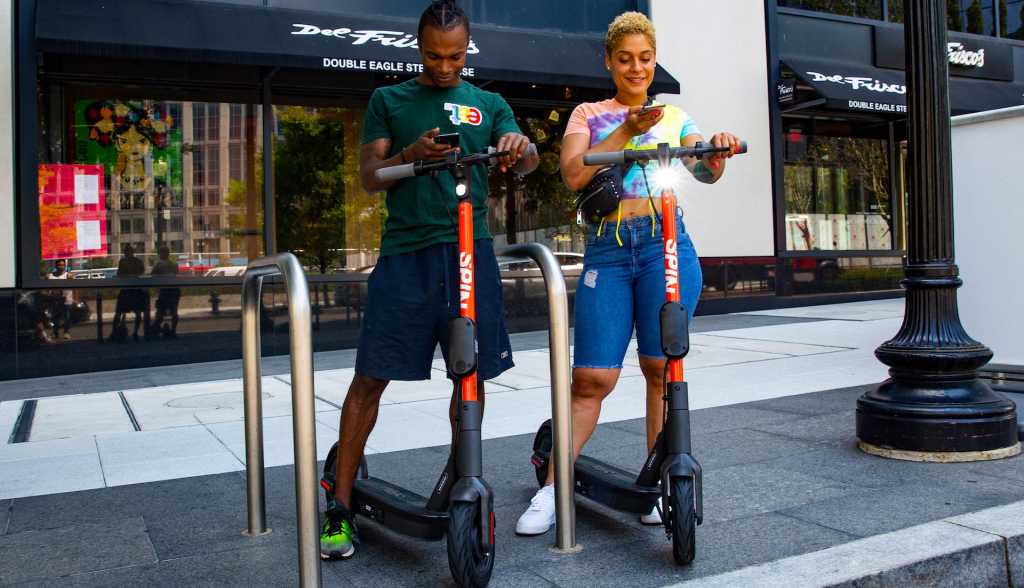 Electric scooters are coming to the UK one way or another, and it’s easy to see why. These grown-up versions of traditional kids’ scooters, fitted with powerful electric motors, are one of the fastest ways to get around towns and cities. Plus, they’re a greener alternative to driving or even taking public transport.

The UK government is currently running electric trials in certain towns and cities across the UK, but rather than allowing the growing number of private electric scooter owners to hit the road legally, all backing has gone to dockless rental scooters. This means that using privately owned scooters on UK roads remains illegal, even in scooter trial areas.

However, Transport Secretary Grant Shapps has teased that an announcement about the use of private electric scooters is due tomorrow, 10 May 2022, during the Queen’s Speech. Many speculate that full legalisation is just around the corner.

And, considering the state of the rental scheme trials, it’s not hard to see why.

The electric scooter rental scheme is a mess

While it might seem to the government that it’s a great idea to pepper our streets with electric scooters that anyone can ride, I’d argue that the best way to go about introducing scooters is to legalise the use of privately owned ones.

First, and most obviously, it’d stop the littering of our streets with unwanted rental scooters – the scourge of other European cities such as Paris and Amsterdam. This is, in fact, already one of the biggest complaints from residents in UK trial areas. While the idea of being able to pick up a scooter from the side of the road and get to your destination might appeal to some people, the reality is they end up left strewn across the pavements at those destinations. 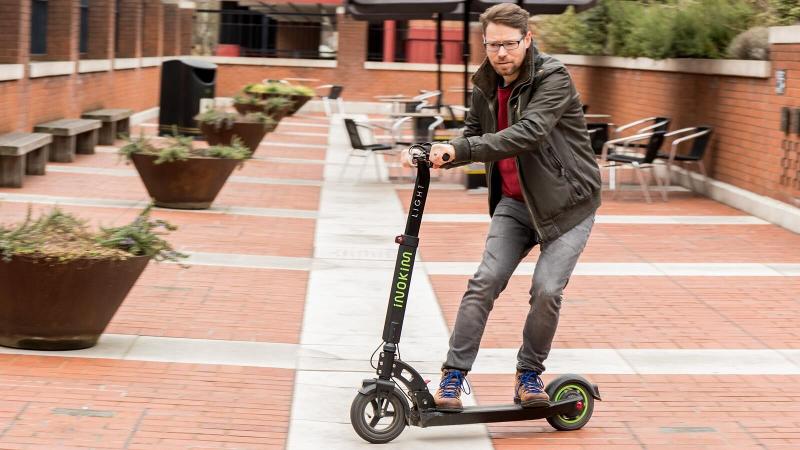 Rental scooter companies such as Spin require a photo of a parked scooter at the end of the user’s ride to verify that it’s been left in a safe spot, but that didn’t stop one rider from dumping one at a train station well outside the limits of the trial area.

Private ownership would also stop those that don’t have a legal right from using scooters. As per UK trial regulations, anyone riding an electric scooter must have a provisional or full UK driving license and be over the age of 18.

While ride-sharing apps have verification in place to confirm riders are eligible, it doesn’t seem to go far enough. In trial areas such as Clacton-on-Sea, Essex, police have reported a number of under-18s using rental scooters.

This not only endangers the individual on the scooter, but those on the roads and pavements around them – even if they are limited to 10-15mph in most areas. Teens aren’t always the most responsible, after all!

Most importantly, people tend to take care of their own possessions – especially when paired with the fact there aren’t any repercussions from scuffing or (slightly) damaging a rental scooter. 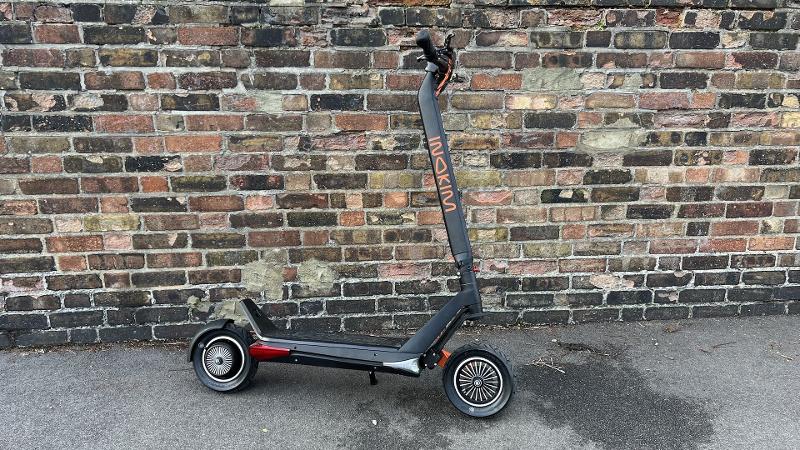 Would you take a risk clipping a kerb, making a risky manoeuvre, or going through a red light if you paid £500+ for the scooter you’re currently riding? Probably not. But, if you only paid £1 to rent the scooter for 30 minutes, that might lead some to make a different (read: bad) decision.

I’m not saying that all owners act safely on the roads. Some people ride dangerously regardless of whether it’s rented or their own, but as with most things, it’s the few that ruin it for the many.

Let’s be clear, though: I’m not suggesting the government should let anyone and everyone ride an electric scooter on the road.

As with rental scooters – and most other forms of transport – there should be mandatory insurance requirements, with some kind of registration and identifiable number plate on the rear.

With electric scooter accidents becoming more common as more begin scooting (over 800 incidents and 25 collisions so far during trials) it’d help all parties concerned if an accident does occur.

I also agree that under-18s shouldn’t be able to ride a scooter on public roads, and that some form of driving license should be required before you scoot into the sunset. These are sensible rules that keep our roads safe, after all. 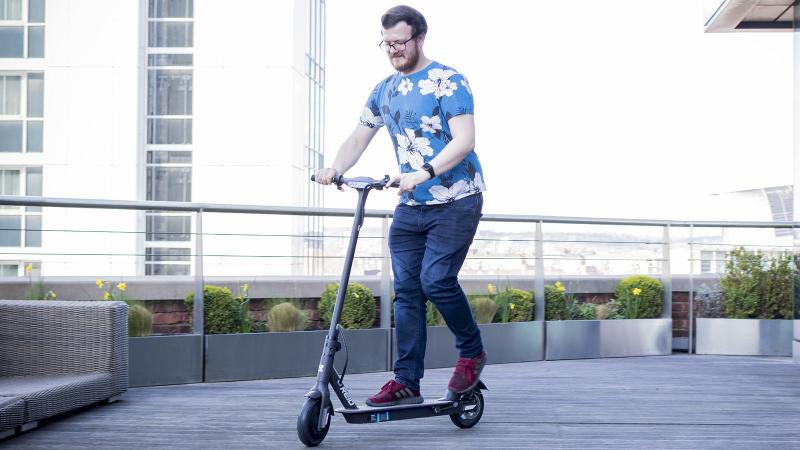 But more than the rental vs private debate, the biggest thing the British public needs right now is training.

Even though trials have been going on for more than a year, and more and more people are taking to the roads on scooters than ever before, there are no real guidelines or training (besides obvious rules like staying off the pavement and stopping for red lights) on what to do when riding on a public road.

What’s needed is something akin to cycling proficiency, with short training sessions (either online or in-person) teaching new riders how to safely ride on public roads, helping those who are new to understand how road systems work and how to navigate them safely.

It’s a view shared by retailers, many of which are waiting for the government to do the right thing and legalise the private use of scooters.

Jack Dempsey, electric vehicle category manager at Box.co.uk, is confident that private e-scooters can have a good effect on our environment. “Currently all electric scooters we sell at Box can only be used on private land. This drastically limits their potential as a green form of micro-mobility. I believe that private electric scooters are the natural next step for the UK to take both in terms of transport and the environment.”

“Electric scooters can replace cars in so many commute situations and this has the potential to significantly reduce carbon emissions.” Dempsey continued. “Grant Shapps has indicated that legalisation and legislation for electric scooters is just around the corner. I believe this is a hugely positive thing for both our customers and for the country.”

However you look at it, the introduction of electric scooters on UK roads is long overdue, offering a cheaper and more environmentally conscious way to get around your local area. And let’s be honest, it’s so much fun, right? Let’s just hope the announcement in the Queen’s Speech is what we’ve been waiting for.