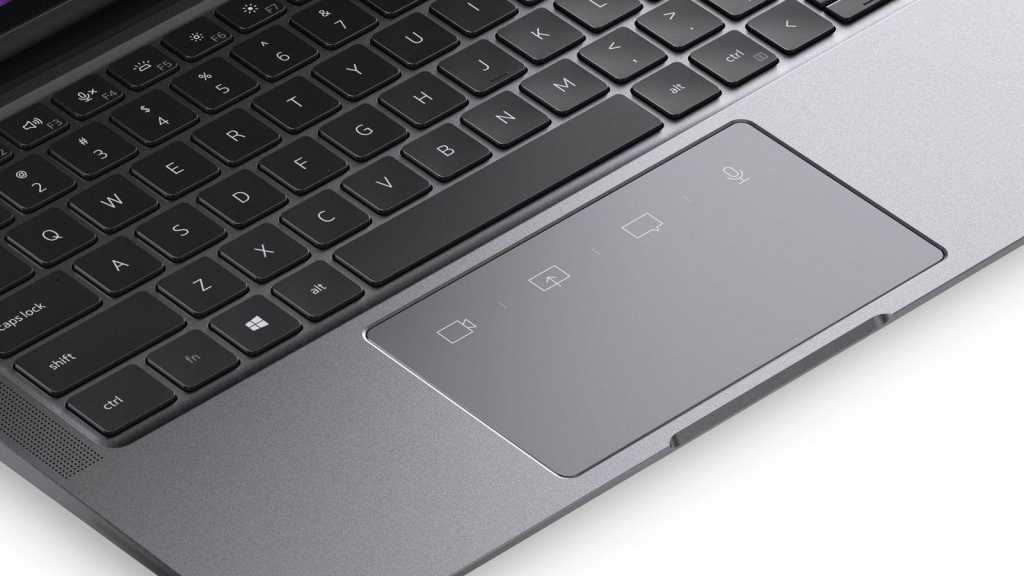 If your job involves lots of video calls, you’ll want to hear about Dell’s latest laptop. The new Latitude 9330 2-in-1 might look like just another convertible, but it has a key feature you won’t find anywhere else.

Built into the top of the touchpad is what Dell calls a “collaboration trackpad”. This provides quick access to the most commonly used tools in a video call: microphone and video toggles, screen sharing and accessing the chat. These are displayed only for the duration of the meeting – after it ends, full trackpad use is restored.

It’s a novel approach to preventing virtual meeting mishaps, something which almost everyone will be familiar with nowadays. Its implementation here is reminiscent of the touch-based number pad on Asus Vivobook laptops, but this should be more useful.

As you might expect, the Latitude 9330’s other video calling features have also been prioritised. The device has a Full HD webcam which is designed to work well even in low light and it has an automatic physical shutter. It also has a total of four microphones and four speakers, which should deliver clear, crisp audio.

But there are plenty of other reasons you might want to buy the Latitude 9330. They include a high-quality 2560×1600 LCD display with touch support. As a convertible, it’s attached to the backlit keyboard via a 360-degree hinge.

Inside, you’ll find Intel’s latest 12th-gen processors (up to Core i7), alongside Iris Xe integrated graphics and up to 32GB of DDR5 RAM. However, it it’s not clear what the entry-level specs are – we’ve reached out to Dell for clarification. We do know that SSD storage ranges from 256GB to 1TB.

Other features of note include a generous port selection, consisting of 2x USB-C (both Thunderbolt 4), 1x USB-A, 3.5mm headphone jack and uSIM card tray on 5G models. Alongside Windows Hello face unlock, there’s also the option for a fingerprint sensor built into the power button and Windows 11 Home or Pro.

However, considering the high-res screen and powerful internals, battery life is a concern. The Latitude 9330 has just a 50Wh cell, lower than much of the competition. Hopefully a full working day is still within reach, but it’s not guaranteed.

Dell says its new Latitude 9330 will be available worldwide in June 2022, but hasn’t revealed how much it’ll cost.

Dell’s Precision laptops are pitched as mobile workstations, with the 2022 lineup including a 16in model for the first time. The all-new Precision 7670 is joined by an updated Precision 7770, complete with its 17in display.

Top-of-the-line performance is the priority here, with the option for Intel’s latest Core i9 CPU, a discrete Nvidia RTX A5500 GPU and 128GB of RAM. There are also various privacy features built-in, such as screen dimming when you look away and battery removal detection.

Again, we don’t have pricing, with Dell simply stating the new Precision devices will be available in ‘FYQ2’. That’s the second quarter of the fiscal year, so anytime from July to September.