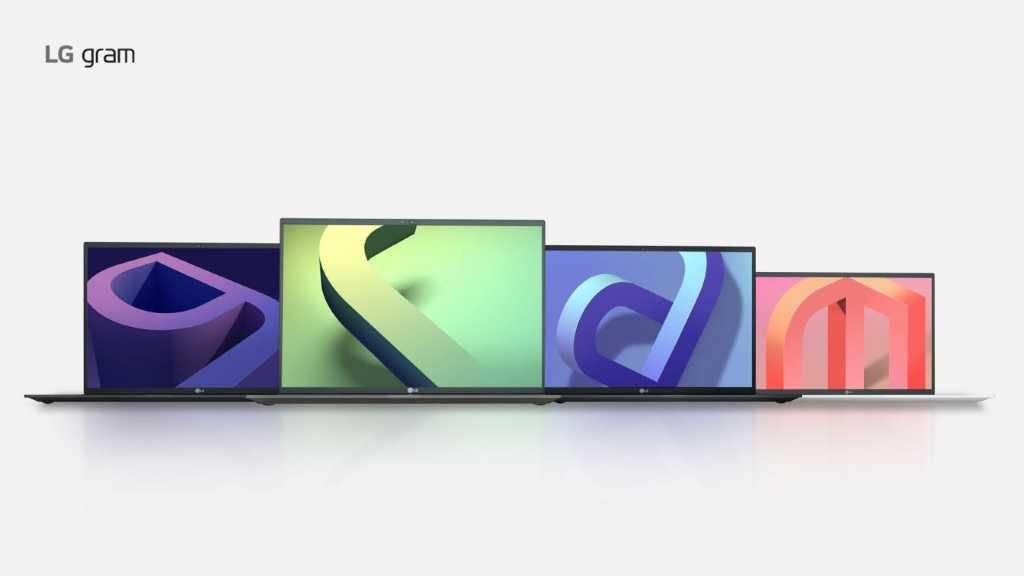 LG has officially unveiled its entire Gram laptop range for 2022, and there’s lots to talk about. A total of six new premium devices are getting a global launch, including the Gram 16 and 17, which were previously exclusive to South Korea.

There’s also a new Gram 15 and 14, as well as 2-in-1 models with 14in or 16in displays. Several key specs are consistent across the lineup, including Intel’s 12th-gen processors (Core i3/i5/i7) and 8-, 16- or 32GB of DDR5 RAM. LG says you can expect a performance boost of around 22% compared to the 2021 equivalents, although it remains to be seen how much of a difference that will make.

Most combine this with an Intel integrated GPU, but high-end models of the Gram 16 and 17 feature a discrete graphics card for the first time. Specifically, that’s Nvidia’s RTX 2050, which could make the devices a realistic option for gaming.

Both 2-in-1 devices gain additional functionality from a 360-degree hinge, but slim bezels and Full HD webcams are consistent across the range.

However, the big appeal of Gram laptops is top-tier performance within such a premium, portable body. The Gram 14 is the lightest of the bunch at 999g, but the Gram 16 (from 1.35kg) and Gram 17 (from 1.2kg) still lead the way when it comes to big-screened laptops. Convertible functionality adds some extra weight, but none of the six exceeds 1.5kg.

All are between 16mm and 18mm thick, but maintain a decent port selection. You get 2x USB-C (with Thunderbolt 4 support), 1x USB-A, microSD and 3.5mm headphone jack on all models, but the non-convertibles add an extra USB-A and full-size HDMI.

LG says the laptops “guarantee excellent battery life”, and it’s easy to see why. Even the smallest 72Wh capacity should provide a full day’s charge, while cells up to 90Wh will hopefully compensate for extra screen area and power demands on larger models.

LG says the 2022 Gram lineup will be available in “key markets” within Europe, North America and Asia from the second quarter of the year. That’s any time between now and the end of June.