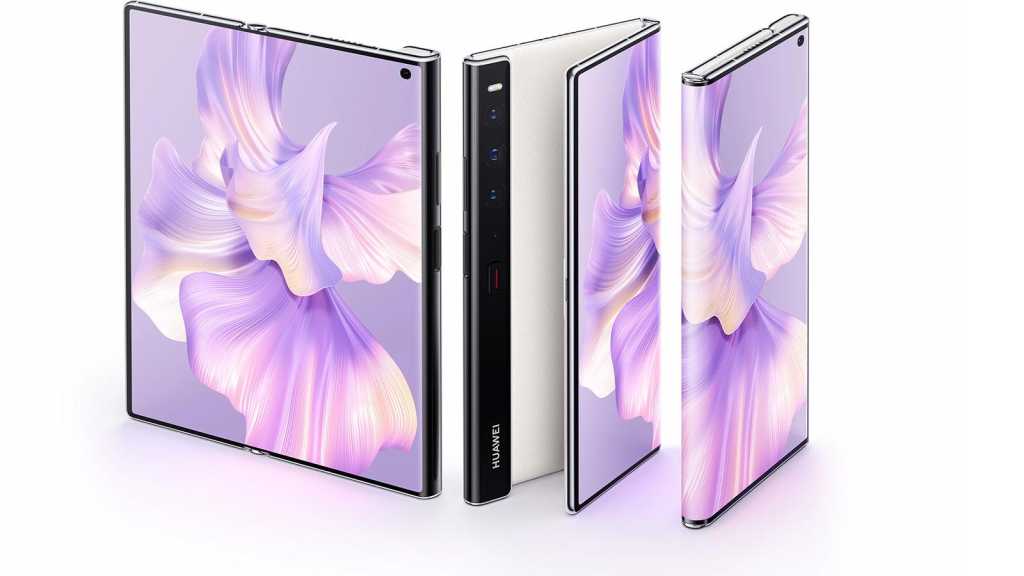 Huawei has unveiled its latest foldable phone, initially in China and now for the international market: the Mate Xs 2.

With a return to Huawei’s original inward folding design and a significantly lower price tag than before, this marks an attempt by Huawei to carve out its own unique pocket of the foldable market while becoming competitive with its rivals on price.

Here’s everything you need to know about the Mate Xs 2.

Will the Huawei Mate Xs 2 be released worldwide?

Huawei unveiled the Mate Xs 2 on 28 April 2022 at a launch event in China, subsequently announcing it for international markets at a separate English-language event on 18 May, confirming that it would be going on sale some time in June.

It should come as no surprise that the phone isn’t set to launch in the US at all, but it is on sale the UK, albeit a bit late. The Mate Xs 2 launched in Britain on 12 September, and you can buy it from the Huawei store. We’re busy reviewing the phone right now too, and will have our final thoughts on the foldable live on the site soon to help you decide if it’s worth taking a chance on.

How much does the Huawei Mate Xs 2 cost?

It won’t surprise you to hear that the Mate Xs 2 is expensive, but it’s actually cheaper than Huawei’s previous large form factor foldables. In the UK and Europe it’s available in just one version:

Meanwhile buyers in China do get a range to pick from:

Huawei’s foldable is no longer sitting pretty in its own price tier, but is much closer to its biggest rivals, even if it’s still markedly pricier outside of China:

What are the Huawei Mate Xs 2 specs and features?

As mentioned above, one of the most notable things about the Mate Xs 2 is that it uses the same outward folding design as its predecessor. That’s despite Huawei switching to an inward fold – the same style as rivals from Samsung, Xiaomi, Oppo, and Vivo – for the Mate X2.

That means the Xs 2 is relatively unique in the market. That said, the design looks broadly similar to the first Mate Xs, though has had a few subtle tweaks – especially to the camera layout – and comes in a choice of three colours: black, white, and purple.

After an initial hands-on period with the Xs 2, the push-button mechanism that unlocks the Falcon Wing hinge on the original Mate Xs persists on this new offering, however, its flush placement along the bar of bodywork running down the phone’s back, paired with a lack of texture, does mean it’s tricky to find and press without having to turn the device around to see what you’re doing.

Like other Huawei devices, the Mate Xs 2 is 4G-only. The company’s much-publicised trade restrictions mean that, for the time being, it’s unable to access 5G modems for phones, so Xs 2 buyers will have to be happy to live without the latest and fastest connectivity. Wi-Fi has been enhanced to make up for that though, with the first tri-band Wi-Fi support in a phone.

It uses the Snapdragon 888 4G as its chipset, rather than the more recent Snapdragon 8 Gen 1. That’s probably part of how Huawei has hit a lower price. While we’re sure many will see it as a disappointment not to use the latest chipset, the 888 is still more than powerful enough for everything except the most demanding gaming.

The battery varies oddly. Most versions of the phone come with a 4600mAh battery, but the top-spec 12+512GB variant uses a larger 4880mAh capacity – though either way you’re getting a bigger battery than on Huawei’s previous foldables. Charging is faster too, with 66W wired charging on every model.

This time around Huawei has included a 10Mp, f/2.2 punch-hole selfie camera on the main display, so you can take advantage of the big screen for video calls.

Like Huawei’s other recent phones, it runs HarmonyOS in China and Emotion UI internationally. That’s Huawei’s own mobile operating system, based on Android but distinct from it, and designed around interoperability with the rest of Huawei’s product ecosystem.

Check back for more pricing, and availability information as it becomes available and stay tuned for a full review. In the meantime, why not check out our review of the Mate Xs 2’s most prominent rival right now, Samsung’s Galaxy Z Fold 3.