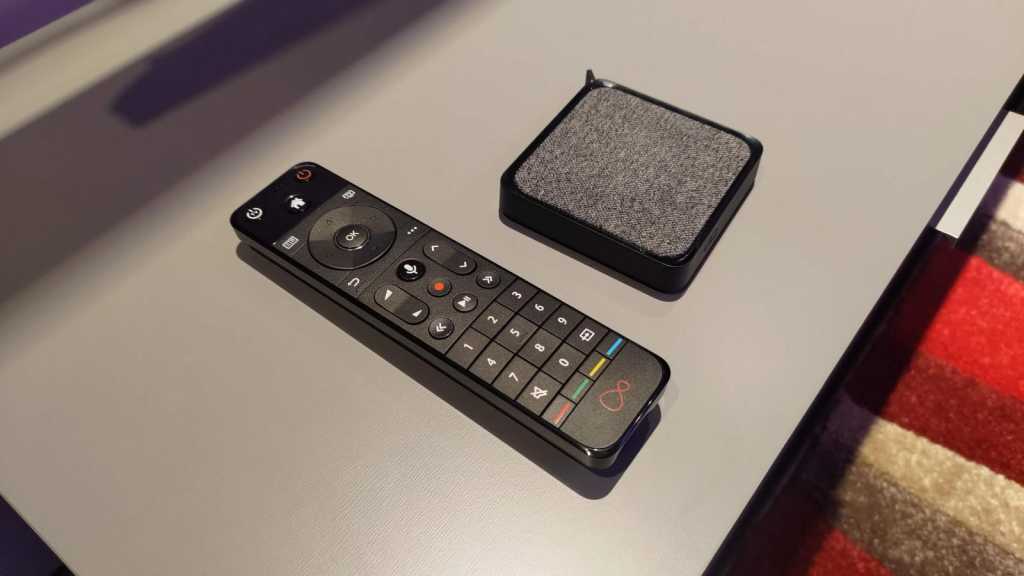 Virgin Media is launching a brand new streaming smart device called Stream, which hits UK shelves tomorrow. It will provide customers an affordable way of accessing services like Netflix and Disney+ thanks to discounts on subscriptions.

The new box will act as a rival to the Sky Stream Puck, and is available to customers who take out broadband only or broadband and home phone contracts with Virgin Media, from M50 to Gig 1 Fibre. As well as some of the most popular streaming apps, it also has a linear TV experience.

Virgin Stream plugs into TVs via HDMI, just like a standard streaming stick, requiring no hard wiring like a Virgin TV 360 box. It connects wirelessly to your internet using dual-band 802.11ac (WiFi 5). The box features a microUSB port, supporting both power and wired network passthrough.

Customers can use the Virgin Go app to access Stream on mobile devices, as well as laptops and PCs – just as customers on Virgin TV 360 can.

Stream comes with a similar TV remote to what is seen on the current Virgin TV 360 box, which connects via Bluetooth LE 4.2. You can use the remote to operate Stream with your voice, and use playback controls to play, pause, rewind and fast-forward content.

The box itself has support for 4K HDR content, though customers will need a compatible TV and a streaming subscription that supports this quality. There is also support for Dolby Digital, including Dolby Atmos passthrough.

Get 10% off of Netflix and Disney+

Stream costs £35 upfront, but the box itself will not incur a monthly subscription. Instead, customers can sign up for streaming platforms through the box on a 30-day rolling contract, and chop and change between the different platforms – all in one place.

If you torn between the Sky Stream Puck and Stream, then Virgin has a decent incentive. Customers can get 10% off of their accumulative streaming subscriptions bill every month – a good way to save money now that Netflix has hiked up its prices.

This new streaming box uses a credits system, meaning that customers can redeem credits every month on different streaming subscriptions such as Netflix.

Current Virgin TV customers cannot switch to Stream mid-contract, but they are welcome to purchase the box and use it as an additional product.

Some streaming services – such as Netflix and Disney+ – are available as standalone subscriptions via Stream, whilst others have been bundled together. For example, customers can pay for a Sky Sports Pack for £38.75 per month, which includes 8 Sky Sports channels (this is similar to a Now Sports subscription).

Amazon Prime Video and BritBox are not available to pay for via Stream, but customers can still sign in to existing accounts to watch shows and films on these platforms. Some platforms such as Apple TV+ are not available upon launch. However, representatives from Virgin did state that there will be regular updates, so there is a chance that the list of supported platforms could expand in the future.

In addition to all the streaming apps, Virgin Stream also has a linear TV experience. Virgin customers can watch most of the channels that are available via Freeview such as BBC One, ITV and Channel 4, as well as any premium channels that are added to a subscription. The majority of these channels are only available in HD.

We are waiting to confirm whether these channels are linear, or whether they are streaming via apps such as BBC iPlayer.

There are also a number of free apps available, including All 4, BBC iPlayer (for TV licence holders), ITV Hub, YouTube, Vimeo and BBC Sounds.

The homepage only displays streaming services that customers are subscribed to at one time, making recommendations more curated to that specific user. There are sections for your apps, live TV, catch-up TV and box sets and movies.

These lists are both handpicked by the Virgin Media team and generated from what is popular with customers at the time.

If you want to get your hands on Virgin’s Stream box, you will be able to sign up from tomorrow on Virgin’s website by taking out a new broadband contract.