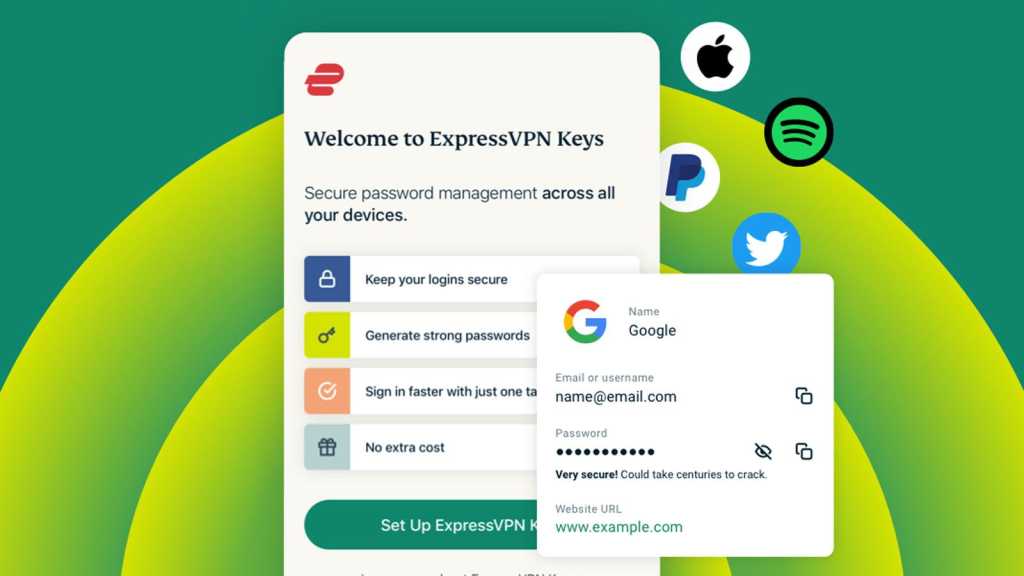 ExpressVPN has today announced a brand new feature which will be added to its VPN apps at no extra cost for its users.

Keys is a password manager that has been built in-house from scratch to securely store your website and app logins and enter them for you when signing into accounts.

Password managers aren’t new, of course, but this will be a nice bonus for ExpressVPN subscribers when it launches officially later in 2022. And it could be a reason to tempt in new subscribers: some VPN providers charge separately for their password manager (such as Nord for NordPass).

ExpressVPN is keen to point out that unlike some free offerings, it won’t place a limit on the number of logins you can store and you can continue to use the password manager even after your VPN subscription expires.

Currently, it is offering beta versions for Android and Chrome (for desktop computers) and expects to have an iOS version ready for testing at some point in May.

As you’d expect, passwords and other login information will sync across supported devices, and it will be possible to import logins from a number of popular password managers, should you happen to use one already.

Like most rivals, Keys operates on a zero-knowledge policy which means only you have access to your passwords. That’s because they’re encrypted using a password that only you know, so you mustn’t forget it.

To help you change duplicate passwords or to save you from having to think of a new one for each new account, you can use the generator feature to get a random, strong password.

ExpressVPN told Tech Advisor it has no plans to integrate Keys into its desktop apps, but that users need to have the Express VPN app installed on their PC or Mac in order to use its Chrome browser extension. “We’ve decided to prioritize browser extension because a browser extension is the best (and only) way to bring seamless auto-fill to users as they browse the web. Our goal is to provide coverage across all devices, so we developed the product to work where people need it the most: on their mobile devices and in their web browsers.”

If you want to try out the beta version, head to ExpressVPN’s website and use the links to get the Android app or Chrome extension. The company plans to release Keys officially in Q3 2022.