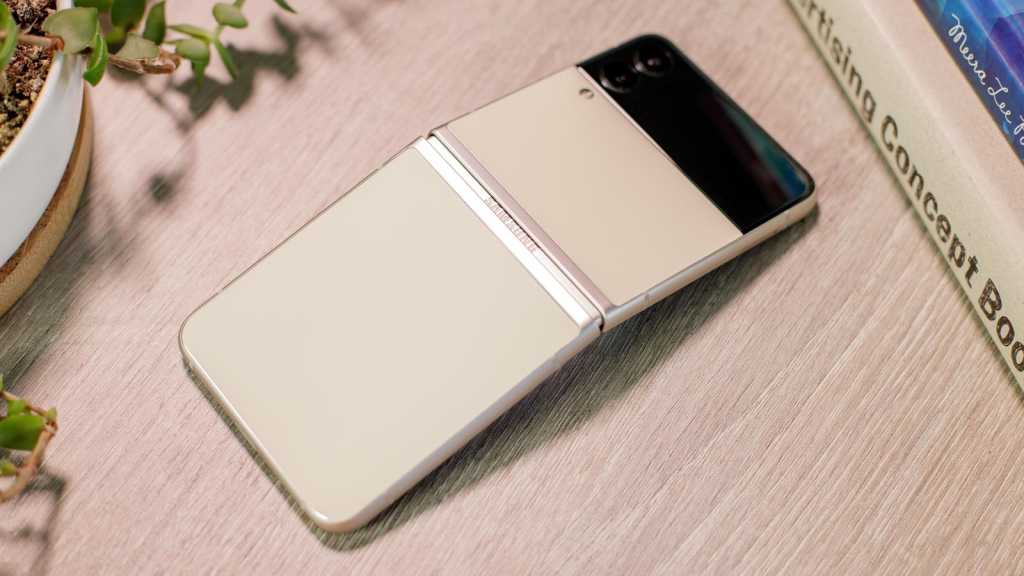 It’s more than two and a half years since Microsoft first announced the Surface Duo, but there’s still no device quite like it. Rather than folding in half vertically or opening out into a tablet, the Duo intentionally keeps its two screens separate.

This is great for split-screen multitasking, but it’s taken a long time for the software to catch up to impressive hardware. However, several recent updates and a big price cut in the US mean the Surface Duo 2 is finally a realistic option for consumers.

But it’s safe to assume the Surface Duo 3 isn’t the only new foldable Microsoft is working on. In all probability the Surface Neo will never be released, but we shouldn’t rule out other form factors.

One potential option is a portrait device that folds in half vertically – something like Samsung’s Galaxy Z Flip 3. But if it was still marketed as a Surface Duo, would there still be two separate screens? That’s what a recent concept by Reddit user Sapounii imagines, complete with a large split down the middle:

There’s no suggestion Microsoft is considering a so-called ‘Surface Duo Slim’, and it’s hard to see how this specific idea would ever get off the ground. The concept device has a similar design to the Z Flip 3, with one key exception: a thick black bar across the middle of the display.

Adopting this design would feel like blind faith in the dual-screen form factor. Not only have other companies proven a near-invisible hinge is possible, it would make the device unusable in landscape mode. Watching videos and playing games are two of the most popular ways people use their phones – the experience while doing either would be terrible here.

Remember though, this is just a concept and there’s certainly scope for Microsoft to make a phone that folds in half vertically, just not one branded as a Surface Duo. Effective software means split-screen multitasking would still be possible, albeit in a much more cramped way than on the Duo 2.

Plus, the image shows how promising the hardware could be, with a premium all-glass build and slim bezels. Samsung and Motorola are the only companies making portrait-style foldables right now, so adding further competition from Microsoft can only be a good thing. The strength of Surface hardware these days suggests it could be a compelling alternative, especially if (like the Surface Duo) it runs Android.

There’s nothing to suggest such a device is in the works, but we do have evidence of another foldable the company may be working on.

Rather than dropping down to just one display, how about adding a third? That’s exactly what Microsoft is considering, if a patent made public late last year is anything to go by.

First filed all the way back in June 2020, it shows a device with three displays connected by two hinges. It could still fold back into a single-screen setup, with ‘Display #3’ in the diagram below permanently facing outwards:

This would probably have a very niche audience; it’s hard to imagine mainstream appeal for a device which is essentially three small tablets stuck together. It raises plenty of hardware questions, but also on the software side – would it run Android, Windows 11 or something else?

Very few patents make it into products that go on sale, but it’s an interesting vision of the future of foldables. With current designs beginning to establish themselves, unusual new form factors like this might not be too far away.