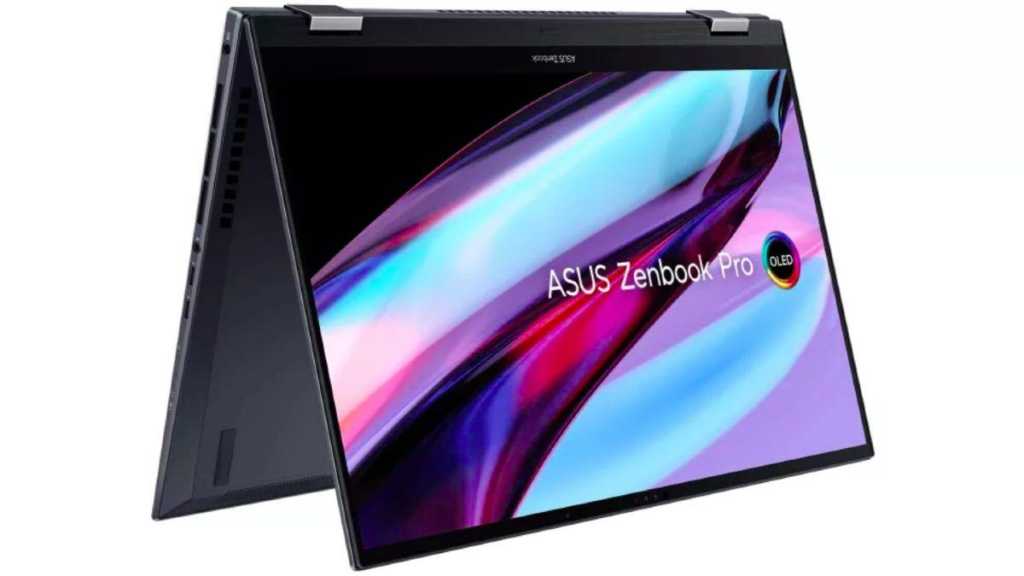 Asus has announced the new Zenbook Pro 15 Flip OLED, a convertible version of last year’s regular clamshell model. However, arguably the most significant change comes under the hood, where you’ll find the option for Intel’s Arc 3 discrete GPU.

The 15 Flip isn’t the first device using Intel’s new graphics card – that award goes to the 15.6in model of Samsung’s Galaxy Book 2 Pro. But it is the first time we’ve seen it included in a device with a 360-degree hinge. A discrete GPU and convertible functionality could prove a potent combination, although Arc 3 is Intel’s entry-level graphics card.

Asus describes the GPU offerings as “up to Arc 370M”, suggesting cheaper models will use integrated solutions (such as Iris Xe) instead. Still, it should allow for solid gaming from a device you wouldn’t usually associate with it. Alongside Intel’s latest Core i7-12700H CPU and 8- or 16GB of DDR5 RAM, performance should be excellent.

As its name suggests, the Flip 15’s display is an OLED panel. It has a generous 2880×1620 resolution, although this gives it a 16:9 aspect ratio, something which is being phased out in favour of 16:10 on many devices. However, the other key feature here is a 120Hz refresh – hopefully it’ll be able to take advantage of Windows 11’s Dynamic Refresh Rate (DRR) feature to automatically adjust and optimise battery life.

You shouldn’t have to worry too much, considering that the Flip 15 is equipped with a large 96Wh battery. But that’s one of the reasons it’s not as light as many 13in devices, weighing in at 1.79kg (3.96lb).

Other features of note include an RGB keyboard, Windows Hello support and a decent port selection, consisting of 2x USB-C (both Thunderbolt 4-enabled), 1x USB-A, HDMI and a 3.5mm headphone jack.

Thunderbolt 4 is something you won’t find on the Zenbook S 13 OLED, considering it’s Intel technology and the device is powered by AMD. Specifically, that’s the Ryzen 7 6800U from the latest Ryzen 6000 Series. Instead of an Arc GPU, you’ll have to make do with an integrated RX 680M and 8- or 16GB of RAM. But it’s not designed as a gaming machine – everyday apps and multitasking won’t be an issue.

Asus has opted for a traditional clamshell design and magnesium-aluminium alloy build here, but it’s the aesthetics that really grab your attention. The S13 OLED is available in four distinct colours (blue, aqua, white or beige), each emblazoned with the classy new Zenbook logo.

The 13.3in OLED display itself adopts a more traditional 16:10 aspect ratio, thanks to its 2880×1800 resolution. It’s just 14.7mm thick and weighs under 1kg (slightly more if you opt for a touchscreen), but that has an impact on ports: three USB-C and a 3.5mm headphone jack is all you get.

Fortunately, it doesn’t look like battery life has been sacrificed too much. Asus says the 67Wh battery will get you up to 19 hours on a single charge.

Unfortunately, there’s no word on when either of these devices will be released, or how much they’ll cost. Asus may decide to reveal more at Computex next month, which is usually a big event for the Taiwanese company.