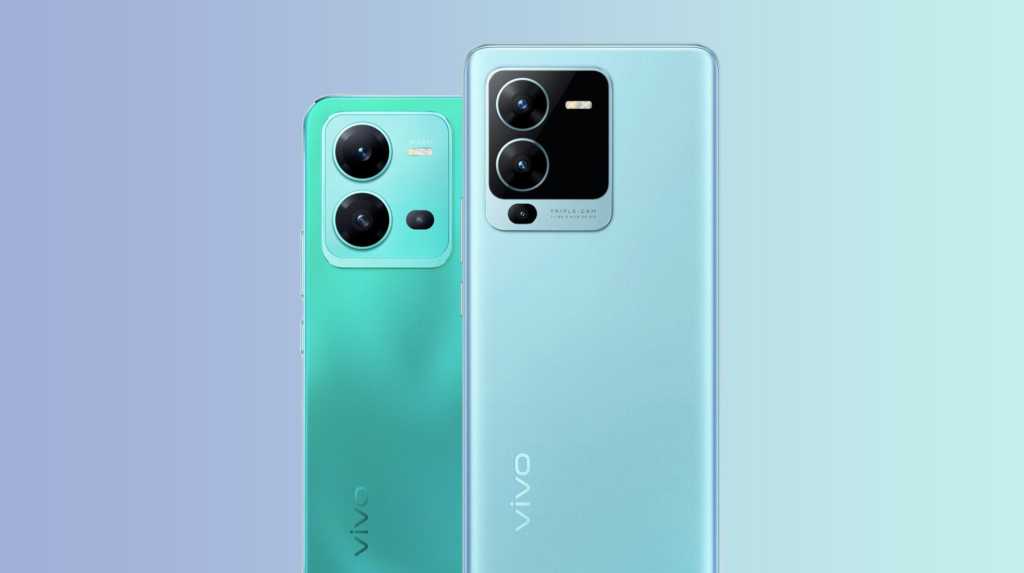 Vivo has been building a decent reputation over the past few years for solid smartphones that don’t cost the Earth, and that trend is set to continue with the Vivo V25 range, revealed today at a launch in India.

Here’s everything there is to know about the newly announced Vivo V25 and Vivo V25 Pro, including key specs and whether we can expect them to appear in the UK anytime soon.

For more on the range, take a look at our Vivo V25 review and Vivo V25 Pro review.

What happened to the Vivo V24?

While logic suggests that the successor to the Vivo V23 5G would be the Vivo V24 5G, we now know that it’s the V25 series. It’s an odd move for sure, but it’s not surprising when it comes to Vivo – the company has previously skipped the Vivo V22, jumping from V21 to V23 for seemingly no reason.

There are suspicions that it could be down to the inclusion of a 4 in the name – which has unlucky connotations in the Eastern market – but that doesn’t track with the previously-missed V22.

Either way, the next smartphones in Vivo’s V collection are the Vivo V25 and Vivo V25 Pro.

When will the Vivo V25 range be released?

Following an announcement in India earlier today, the Vivo V25 Pro is now available to buy following release on 25 August in India, parts of Asia, Latin America, the Middle East and 20 other markets – though that doesn’t currently include the US, UK or EU.

The standard Vivo V25 followed suit weeks later, going up for pre-order on 15 September with a scheduled release planned for 20 September.

A wider release isn’t a given at this stage – Vivo does launch plenty of phones that don’t make it to Europe or the UK. In fact, Vivo has only recently started releasing devices outside of Asia and selected other regions, with Europe getting some models but not others.

At the time of writing the Vivo V21 5G has arrived in the UK, but only at the end of 2021, while the V23 5G was only available through mainland Europe.

Those in the US are totally out of luck though – Vivo is one of many Chinese brands that don’t have representation in America, and that likely won’t change with the V25 series.

How much does the Vivo V25 range cost?

While the Vivo V25 range is official, pricing for the range is still a little spotty. Despite revealing both the Vivo V25 and V25 Pro at the launch event, the company focused primarily on the Pro model.

For reference, here are the prices for the last couple of V-series devices:

The Vivo V25 range is official, and if we’re being honest, it doesn’t look all that different to its predecessor – but considering the phones boast a fairly stylish design, complete with Fluorite AG Glass rear that changes colour when exposed to UV light, that’s not necessarily a bad thing.

The Vivo V25 sports an impressively thin 7.79mm body and a 6.44in 90Hz AMOLED display, while the Pro model measures in at a slightly thicker (but still svelte) 8.62mm, complete with curved edges on its larger, faster 6.45in 120Hz AMOLED display.

It’s a fun design, but as with previous iterations in the V series, the Vivo V25 range is focused primarily on smartphone photography.

Both the V25 and V25 Pro sport 64Mp OIS-equipped rear cameras alongside an 8Mp ultrawide and 2Mp macro that Vivo claims “delivers an excellent imaging experience”.

As you might expect, the Pro model takes things a step further in the camera department with improved low-light performance. The company has upgraded its Super Night Mode tech to improve the accuracy of colour and brightness in low-light images, while the Real-Time Extreme Night Vision feature allows you to manually adjust the exposure intensity in real time to further improve the brightness, noise control and overall look of the shot.

There are also multiple new shooting modes, including a Vlog Movie feature that provides tutorials on how to shoot in different scenarios, alongside an improved Multi-Style Portrait feature for stunning selfies.

When it comes to the front-facing cameras, the V25 sports a 50Mp snapper while the V25 Pro boasts a 32Mp sensor. While that may seem odd, we suspect the aperture of the 50Mp sensor isn’t quite as good as that of the Pro model, and we’re expecting better low-light performance from the more expensive sibling.

When it comes to performance, the Vivo V25 sports the MediaTek Dimensity 900 – a downgrade from the 920 of the previous generation – alongside either 8- or 12GB of RAM and 128- or 256GB of storage depending on the variant you opt for. There’s also a 4500mAh battery with 44W fast-charging tech.

Those looking for something with slightly more power should look to the Vivo V25 Pro, sporting an upgraded MediaTek Dimensity 1300 coupled with either 8- or 12GB of RAM and 128- or 256GB of storage. It also has a larger battery at 4,830mAh and with 66W charging, it’ll go from flat-to-full faster than its sibling too.

Here’s a complete rundown of specs for the Vivo V25:

And here’s a list of specs for the Vivo V25 Pro:

If you can’t wait for the release of the upcoming Vivo range in your country, take a look at our guides to the best Chinese phones, best Android phones and best phone deals to see if something else could fill the gap.