There can be no single Twitter feature more often requested than an edit button.

For years, users ranging from Kim Kardashian to McDonald’s have requested the option to edit their tweets after the fact. Now the tech giant has confirmed that the feature may soon become reality – but is it actually a good idea?

The first hints came at the beginning of the month when the company claimed that they were working on one. Of course, it was April Fool’s Day, so everybody assumed that the platform was having a bit of a giggle.

Then, it emerged that Tesla founder and controversial billionaire Elon Musk had joined the board of Twitter as the largest shareholder, with a stake of 9.2% in the platform.

He then put a poll online asking whether an edit button was something that users wanted (with some ironic misspellings of ‘yes’ and ‘no’). Following that, Twitter then showed the first glimpse of the feature in development.

1/ We’ve been exploring how to build an Edit feature in a safe manner since last year and plan to begin testing it within @TwitterBlue Labs in the coming months. Sharing a few more insights on how we’re thinking about Edit 🧵 https://t.co/WbcfkUue8e

Head of consumer product Jay Sullivan claims that the edit button will help people fix typos, broken links, and embarrassing mistakes and walk back “hot takes in the moment.”

While this will be a relief to hear for social media professionals, an edit feature could have a larger impact than simply fixing awkward errors.

Matt Levine of Bloomberg points out that trolls could post a harmless tweet about puppies, and then drastically change it into something extremely offensive, which could in turn impact future job opportunities of anyone who likes or retweets it, should an employer be trawling through their Twitter activity.

The same approach could be applied to changing the message of a tweet or turning a tweet that’s gone viral into a tool for self-promotion. That’s not even mentioning tweets embedded in articles (like right here!), which could be edited to cause problems for media organisations across the world.

It’s more worrying when we think about hackers – anyone could break into a person’s Twitter account and cause chaos by changing the information that has already been shared by government leaders, industry bodies, massive corporations, and more.

Twitter came under fire in 2018 after an MIT study showed that misinformation spread faster than real news on the site. Following the 2020 election and the coronavirus outbreak, it introduced features to flag false information – but the platform is still notorious for letting extremist views and dangerous conversations brew online, especially in the wake of Russia’s invasion of Ukraine.

The downsides aren’t all so dramatic or political – the option to edit could also take away from some of the most iconic, meme-worthy moments that the platform is known for.

There would be no more moments like Covfefe, the famous Ed Balls tweet, or The Boston Globe posting a very unfortunate misspelling about the FBI:

Twitter founder and former CEO Jack Dorsey himself even explained the potential issues with an edit button in an interview with Wired back in 2020, prior to the pandemic:

Even then, Dorsey was certain that the site would never implement an edit button. With him now gone, and Musk (somehow) involved with the board, things have changed.

People may argue that users could still screenshot tweets before they are edited, just as many people do with posts before they are deleted. However, we can’t rely on this being done for every single tweet that is fired out.

Right now, Twitter has its own frustrating charm to it. If you have a typo, you either quickly delete the tweet and repost (perhaps with a cheeky comment to ask followers to turn a blind eye if they saw the original), or you live with your consequences and just embrace it as a classic mis-tweet.

The unfiltered content is not just part of Twitter’s charm – it also can hold people accountable in an age of misinformation. If you take that away, then the site will start to blend in with the rest of the social world.

Still, if Twitter is adamant about introducing an edit button – and is working on ways to introduce it safely – then there are some things that could be done to help lessen the chance of radical edits, either in isolation or as a combined set:

This is a feature that you will find on instant messaging services like Slack and Discord. Whilst the contents of the original tweet would not be visible, people would be at least aware that it has been amended, which could alert users to any shady behaviour.

Whilst the new tweet would show as the main post, there could be an immediate comment below or in the settings which links to the original posting. Facebook has this feature available on its platform.

This is essentially the ‘Undo Tweet’ feature which is already available on Twitter Blue, the social network’s paid service. Whilst I can only speak for myself, I usually spot a typo almost immediately after posting. This feature gives users 60 seconds to amend something before it is then permanently cast into the ether. 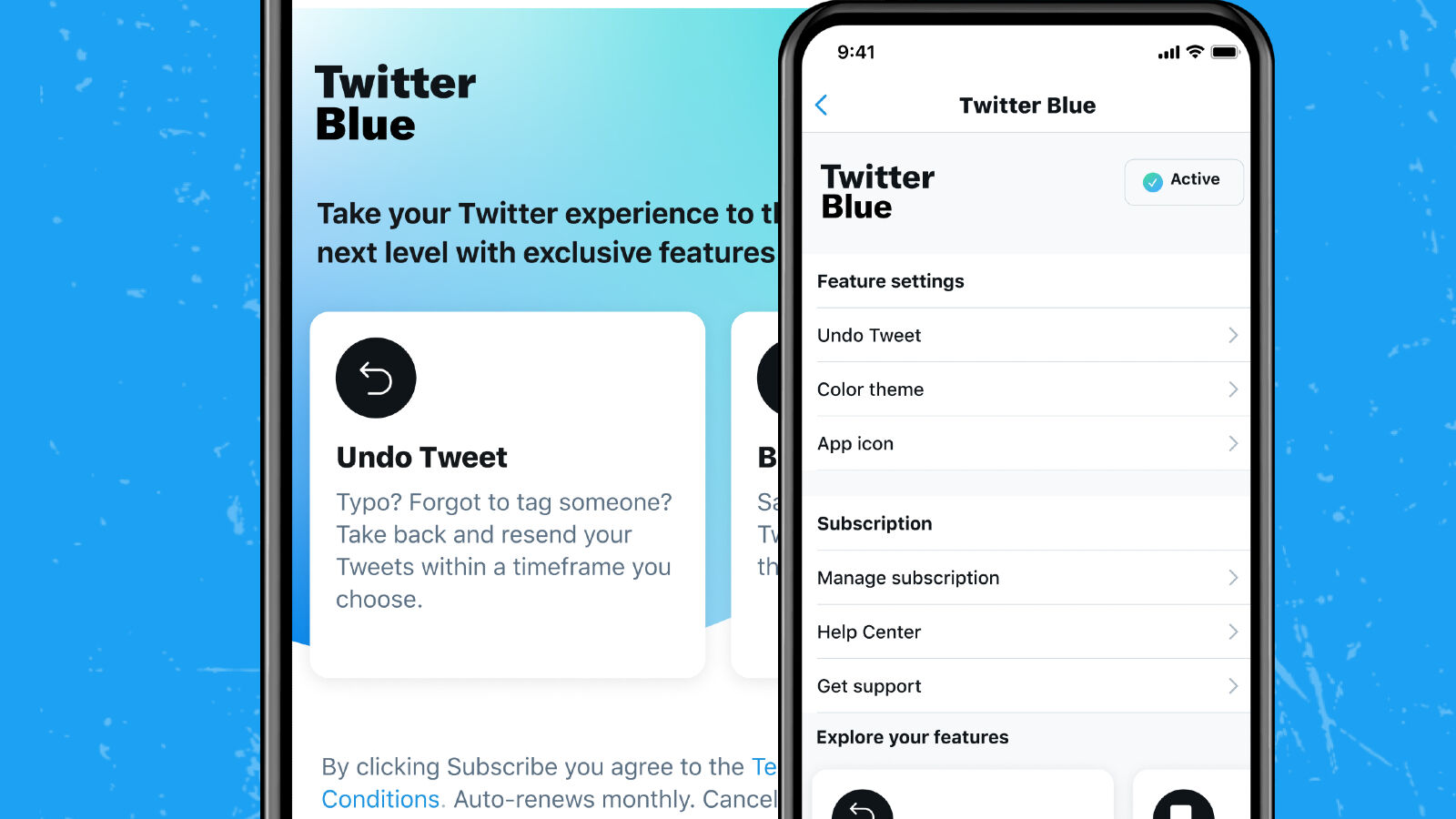 Only allow for a certain number of characters to be edited

Completely changing an entire tweet is a major worry, but if Twitter only allowed space for typos and spelling errors then there is less chance that the feature would be abused. If people do not have enough room to make the edits they want, then they would have to delete the post and rewrite it.

Put the edit button behind a paywall, or limit who gets it

While I’m all for keeping platforms as accessible as possible, putting this feature on business/verified accounts, or making it premium enough that the everyday troll would not pay for it, would deter people from using it for harm – similar to how Undo Tweet is already limited to Blue customers.

You can see us chat more about the Twitter edit button over on our weekly podcast, Fast Charge: