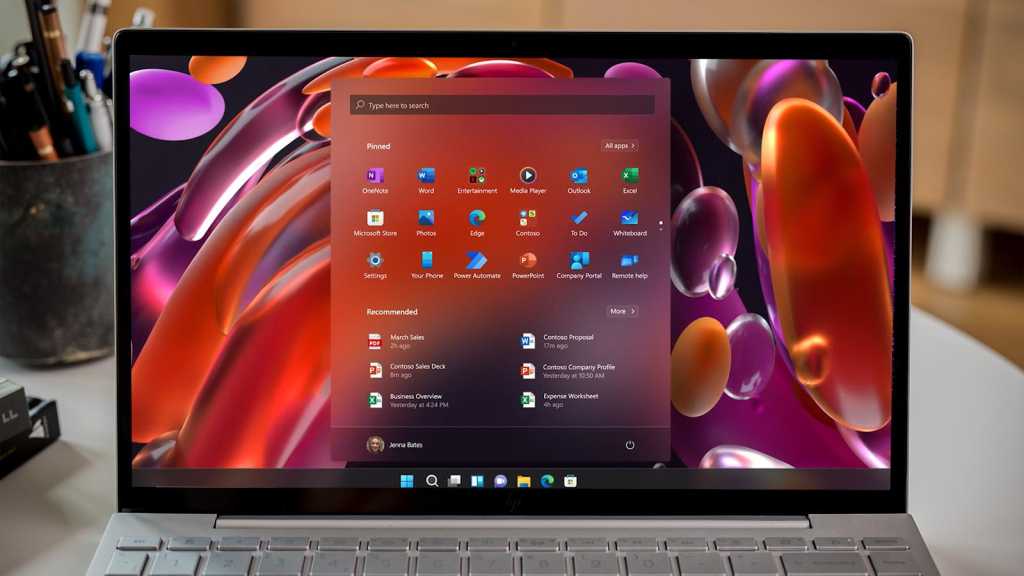 After months of teasing, Microsoft has finally announced the next batch of features coming to Windows 11. At its ‘Hybrid Work’ event on 5 April, the company revealed key upgrades to File Explorer, accessibility and Teams calls, but there’s plenty more besides.

File Explorer was redesigned with the introduction of Windows 11, but it’ll soon be getting three new features. Microsoft began testing the addition of tabs last month (a feature long rumoured for Windows 10), and it’ll be joined by the option to pin favourite files to the home screen. A quick overview of the latest activity within each document should be useful when collaborating, although this will probably require a Microsoft 365 subscription.

Further changes can be found in the Start menu, although both have been teased before. The ‘Pinned’ section will now let you group apps into folders, while ‘Search highlights’ offers extra contextual information and more relevant search results.

Microsoft previously announced a system-wide Live Captions feature, but it’s not the only new accessibility tool on the way. Voice Access takes things a step further, allowing full control of a Windows 11 device using just your voice. Alongside the Surface Adaptive Kit for Microsoft devices, it’s great to see the company making accessibility a priority.

Elsewhere, Microsoft continues to refine its productivity tools. The company introduced Focus Sessions to do just that, helping keep you on task by reducing distractions for a specific amount of time. This will now offer the option for regular breaks, while integration with the Action Center lets you quickly hide and pause incoming notifications.

New features are also being added to video calls in Microsoft Teams. These include a more realistic portrait-style background blur and eye contact, which makes it appear as if you’re looking at the camera when you’re actually looking at your screen. The screenshot below demonstrates how it might look, and mentions improved audio through noise suppression.

Although a business-focused event, Windows 11’s enhanced security features are just as relevant to consumers. Microsoft Defender’s SmartScreen benefits from better phishing detection, while Smart App Control blocks malicious or untrusted apps before they can spread malware on your device.

Microsoft is yet to confirm when these features will be added to Windows 11. Some have been rumoured for the 22H2 update, but others may arrive sooner.

Microsoft announced Windows 365 in 2021 as a way for employees to access cloud-based PCs from anywhere. At the 5 April event, it was confirmed that three new features will be added to the service.

The first of these, known as Windows 365 Boot, lets you log directly into the Cloud PC each time you turn on your device. That’s an improvement over the current system, where you have to sign into your regular desktop first. But moving between the two will also now be easier, thanks to a new Task Switcher. In theory, this will make the process as simple as moving between open windows.

But perhaps the most significant new feature is Windows 365 Offline, which lets you continue working on your Cloud PC even if your internet drops out. Changes will then be saved once the connection is restored.

However, it’s not yet clear when these features will be added to Windows 365, or if they’ll be available across all plans. Microsoft also announced plenty of other features for enterprise customers.