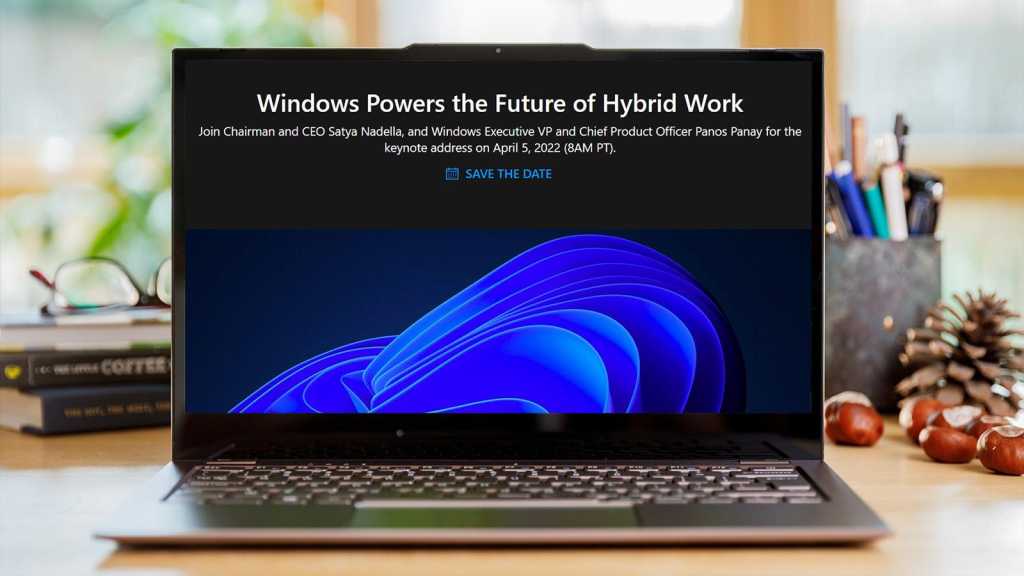 Microsoft has embraced virtual events during the pandemic, and there’s another one just around the corner. The company’s April keynote shifts the attention back to software, less than a year after Windows 11 was first announced.

The event is simply titled ‘Windows Powers the Future of Hybrid Work’. It’ll be presented by Microsoft CEO Satya Nadella and Chief Product Officer Panos Panay, both of whom were prominent figures in the Windows 11 launch.

Microsoft hasn’t given much away regarding what will be announced. Being hosted on the company’s business site suggests it’ll focus on enterprise and commercial customers, but there’s likely to be something of interest to consumers too. Here’s everything we know about the event so far.

We don’t know for sure how long the keynote will last, but it’s likely to be under an hour.

So far, there’s only one confirmed place where you’ll be able to watch live. That’s on Microsoft’s US site, which is accessible from around the world. Here, you’ll also find the option to save the details to your calendar.

It’s possible Microsoft will also livestream the event to the official Windows YouTube channel, as was the case for the Windows 11 launch. However, that’s yet to be confirmed.

What to expect from the Windows 11 hybrid work event

Microsoft hasn’t revealed much about what to expect from the event, simply stating it’ll focus on hybrid working. The stream is hosted on the company’s business site, suggesting it won’t be primarily focused on consumers, but there’s likely to be something of interest for all Windows 11 users.

That’s likely to be lots of new features, and it’s possible these will be official branded as the 22H2 feature update expected to be officially announced. The latest rumours suggest it’ll be released in July, so a reveal now

Rumoured features include tabs in File Explorer, the return of drag-and-drop to the taskbar, new touch gestures and wallpaper stickers. We may also see third-party apps supported in Widgets.

We may also see features added to Windows 365, Microsoft’s cloud PC subscription service. An update to the web versions of Microsoft Office apps has been mooted for a while, while it wouldn’t be a hybrid work event if Teams didn’t get a mention.

New hardware is highly unlikely, especially given the range of Surface devices released in 2021. The only core product due an update is the Surface Laptop Go, but its successor is expected later in the Spring.