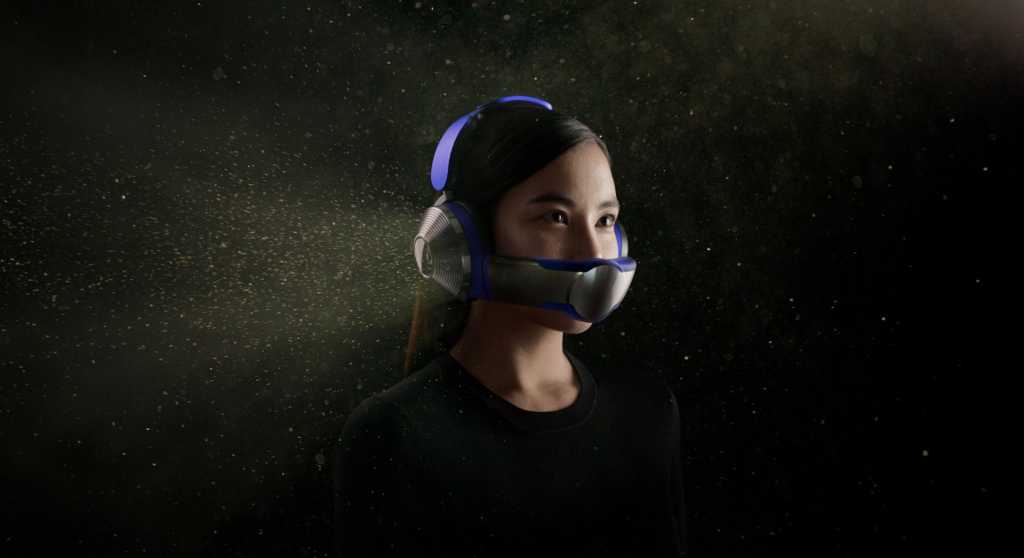 In a move that’ll surprise many Dyson fans, the vacuum company has taken its first step into the world of audio with the announcement of Dyson Zone, a pair of over-ear headphones with a difference. Spending millions on R&D, Dyson has built its air purification technology into the headphones to lessen the rising air and noise pollution many of us are experiencing on a daily basis.

Intrigued? You should be. Here’s everything you need to know about the Dyson Zone air-purifying headphones, from release date and pricing speculation to what the new hybrid headphones offer.

If you want a detailed breakdown of the experience on offer, take a look at our hands-on impressions of the Dyson Zone.

When will the Dyson Zone headphones be released?

While the Dyson Zone air-purifying headphones have been announced, we’re still some time away from a potential release

Dyson has committed to an Autumn 2022 (or Fall for those in the US) release, but more specific plans are yet to be revealed. That means we’ll see the headphones released sometime between September and November 2022 – quite a wait from its initial March 2022 reveal.

Dyson says we’ll hear more about availability in the coming months as we get closer to release, and we’ll update this section as we hear anything.

How much will the Dyson Zone headphones cost?

Dyson has yet to confirm just how much the Dyson Zone headphones will cost, but based on the quality of both the air purifying and audio experiences on offer, we imagine the cans could cost more than high-end headphones like Sony’s £259/$349 WH-1000XM4.

That’s especially true when you consider Dyson’s standard air purifiers start at £299/$299 – and that’s without a top-end audio experience on offer. If we combine the price of average top-end headphones and Dyson’s entry-level air purifier, we could be looking at a potential £559/$649 price tag.

Let’s hope it’s not that premium, eh? There is the argument that if Dyson wants the first-of-its-kind product to succeed then it has to get into the hands of as many people as possible, but just how aggressive Dyson will be with its pricing is yet to be seen. 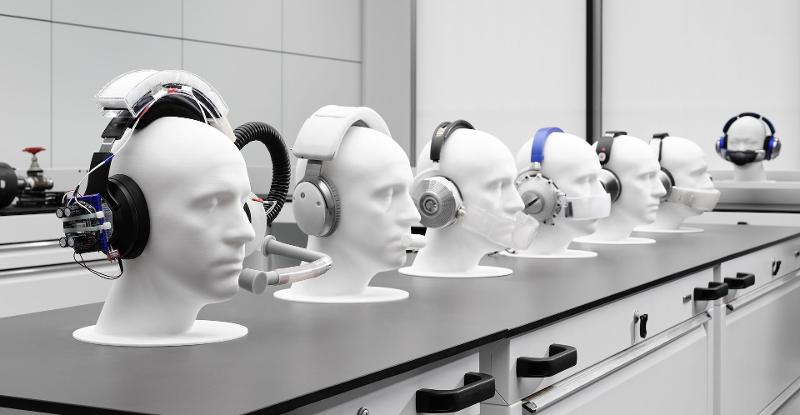 So, what is it that makes the Dyson Zone headphones so unique?

As we’ve alluded to, it’s the first pair of headphones to combine audio with air purification, with the bid to tackle air and noise pollution for those on-the-go, particularly those in cities where noise and pollution are constantly on the rise.

In terms of design, the cans themselves look fairly standard – though with Dyson design flare and a grille similar to that present on the Dyson Hot & Cool air purifying fan.

That’s because as well as housing all the headphone tech, each can features a mini air purifying system that sucks in up to 2.5L of air polluted air per second and ‘cleans’ it using electrostatic media that effectively pulls particulates as small as 0.1microns from the air.

That cleaned air is then delivered directly to your nose and mouth via a visor that magnetically attaches to the headphones. It does look a little ‘Bane’ in use, but Dyson is confident that it won’t be a barrier to many as we’ve adjusted attitudes to face coverings in recent years as we deal with the pandemic.

The visor doesn’t make contact with your mouth or nose; instead, it gently blows a ‘plume’ of fresh air through a mesh grille that’s nicer on the nose and mouth than a direct jet of air. There are four settings available – low, medium, high and automatic – with the latter automatically adjusting suction power depending on the air quality and other metrics using built-in air quality sensors. 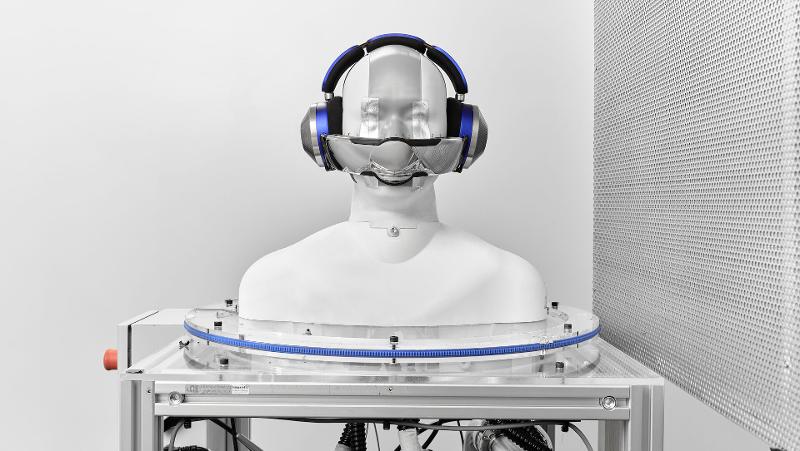 Air quality information, and more, is also available to browse via the My Dyson app where you’ll also be able to control other functions of the cans and adjust the audio equaliser too.

The visor isn’t permanently attached to the headphones. Instead, it snaps into place using magnets, and there’s an additional ‘conversation mode’ that allows you to pull the visor down to chat with people nearby. Once dropped, it’ll also disable the fans and enable a transparency mode that’ll let you clearly hear what’s going on.

Of course, they’re headphones as well as an air purifying system, and they’re high-end at that. The Zone cans sport 40mm drivers designed in-house by Dyson which deliver what it claims is “audio production-grade” quality.

There are 11 microphones housed on the headphones that monitor exterior, motor and interior noise and feed that through a system that’ll cancel it out low-pitched noises, with top-notch passive attenuation focusing on cancelling high-pitched sounds. The result should be a noticeably quieter daily commute, with strong bass that doesn’t impact on the vocals.

Battery life isn’t quite as exciting, with between 1.5-4.5 hours of use depending on the level of air purification you opt for. Thankfully, things improve if you want to use them as a standard pair of headphones, managing 40+ hours on a charge. The company also claims that it can regain 60% charge in just 20 minutes, which should keep you untethered.

Will you be buying a pair of Dyson’s air-purifying headphones at release later this year? Let us know on Twitter or Instagram.