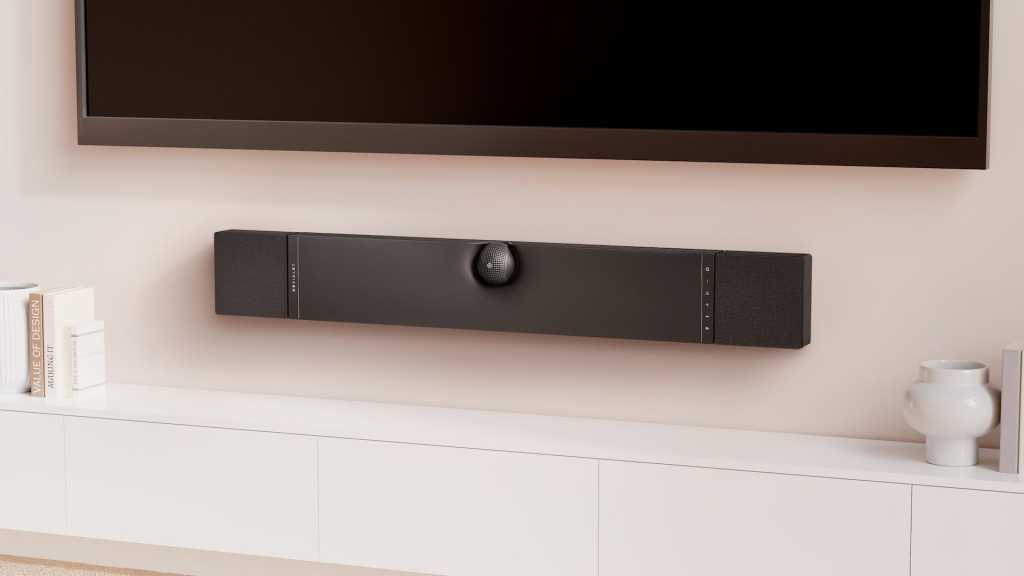 Luxury French audio brand Devialet has announced the latest addition to its growing audio roster. It comes in the form of a new high-end all-in-one soundbar dubbed Dione, and in true Devialet fashion, it’s unique in both form and audio performance.

First up, it’s one of the thinnest soundbars around measuring in at 77mm tall – an impressive feat when you consider the full 5.1.2 surround sound setup on offer from the all-in-one. Though that’s not quite as thin as the recently launched Bowers & Wilkins Panorama 3 at 65mm.

While the soundbar is largely black and nondescript, it features a unique orb front and centre. It’s a nod to the company’s Phantom aesthetic according to Devialet, maintaining its front-facing orientation no matter the position of the soundbar for a luxurious effect.

It’s not just aesthetically pleasing though; Devialet claims that the underlying Orb technology allows the central sphere to not only adapt its position according to the orientation of the soundbar but to ‘maximise sound restitution’.

In layman’s terms, it’s able to detect whether it’s on a flat surface or wall-mounted and can adjust sound output accordingly. 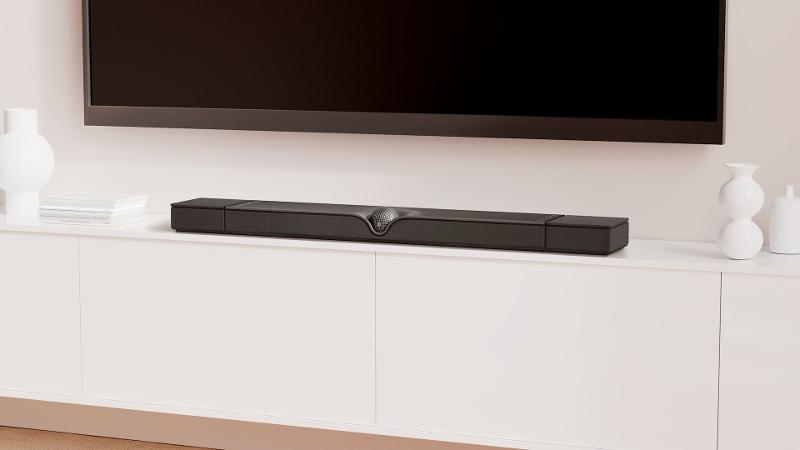 But while it’s nice to have a good-looking soundbar in the living room, it all comes down to audio performance.

Those who have prior knowledge of Devialet products won’t be surprised to find out that the soundbar has a whopping 17 Devialet-designed neodymium drivers, including nine full-range speakers and eight long-throw subwoofers in Devialet’s signature push-push configuration to deliver “powerful, deep bass whatever the volume”.

That’s more than the aforementioned Panorama 3 and Sonos’ top-of-the-range Arc soundbar, too.

There’s also Devialet’s signature audio tech to take into consideration. The Dione features Space, which can upscale any content into 5.1.2 audio content for improved spatialisation, alongside ADE (Advanced Dimensional Experience) which uses beamforming tech to provide a more immersive experience and AVL (Adaptive Volume Level) which can dynamically equalise sound levels depending on the environment it’s in.

Throw in support for Dolby Atmos content, support for the Devialet app, wide-ranging connectivity options including HDMI 2.1 eARC with CEC, TOSLINK, AirPlay 2, Spotify Connect, UPnP and Bluetooth 5.0 and you’ve got a truly premium soundbar – though the lack of Chromecast support is somewhat surprising. 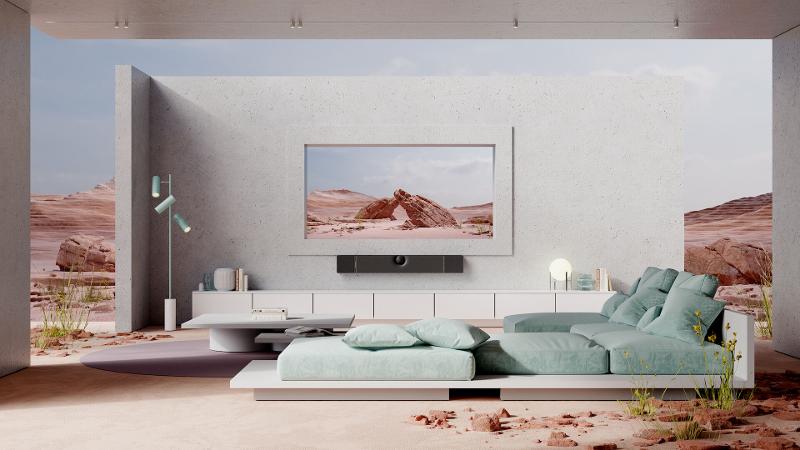 The Dione isn’t the cheapest soundbar around, available for a not insignificant £1,990 in the UK, but that shouldn’t be much of a surprise considering the tech and design on offer.

If you are tempted, the Dione soundbar is available to pre-order from Devialet’s website ahead of wider UK release in April, at which point it’ll be available at stores like Harrods and Selfridges.

If you’re on the hunt for something more affordable, take a look at our selection of the best soundbars.