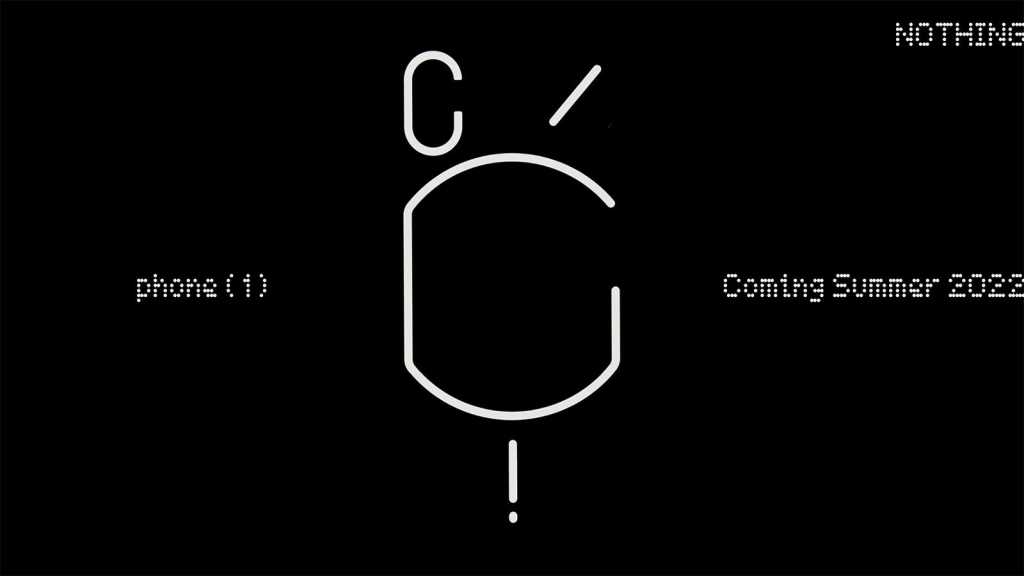 Those who’ve been following Nothing’s story have long suspected that the company might be working on a smartphone and as part of its 23 March announcement, the Nothing Phone (1) was confirmed to be coming to market this summer.

Nothing’s March event, titled ‘The Truth’ saw CEO Carl Pei tease the company’s first smartphone and second-ever product – following on from last year’s Nothing Ear (1) true wireless headphones. For the time being, Pei didn’t show off any official hardware but did release a teaser image (above) that’s meant to represent the device.

While the image’s symbology doesn’t spell anything out in black and white*, the placement of the elements depicted certainly resembles conventional smartphone hardware.

There’s what looks like a pill-shaped camera module in the top left (reminiscent of the iPhone X‘s or, more recently, the likes of the Honor 50‘s), what could be a wireless charging coil in the centre, power input running in through the middle of the phone’s base and an unknown detail in the top right.

According to Pei, the Nothing Phone (1) is “built for seamless connectivity and defined by iconic design,” suggesting similar aesthetics (defined by Teenage Engineering) to the company’s Ear (1) headphones; incorporating minimalism and transparent elements into the final product.

Running atop Android, Nothing OS reportedly “captures the best features of pure Android, distilling the operating system to just the essentials, where every byte has a purpose.” The experience clearly showcases a distinct style and focuses on similar principles to the user experience found on phones from Pei’s former company, OnePlus.

Nothing OS sounds as though it’ll offer a lightweight Android experience, paired with snappy interaction, dressed with distinct font work, iconography and sound design that marries up with Nothing’s wider brand aesthetic. Nothing’s phone will also come with three years of Android OS updates and four years of security updates.

While the Phone (1) isn’t set to make its debut until summer 2022, Pei did confirm that Nothing OS will be made available “on select smartphone models” in the form of an Android launcher coming in April; giving eager fans the chance to try out the company’s new mobile user experience before the phone itself launches.

Nothing’s 23 March event did also announce an additional round of upcoming community investment, where independent parties eager to support Nothing who missed out on the initial US$1.5M seed funding round will be able to contribute towards the company’s new equity-based goal of $10M.

Pre-registration is open from 23 March, with the investment round opening up on 5 April.

Check out our dedicated feature on all things Nothing Phone (1) for the latest developments as it makes its way to market, this summer.