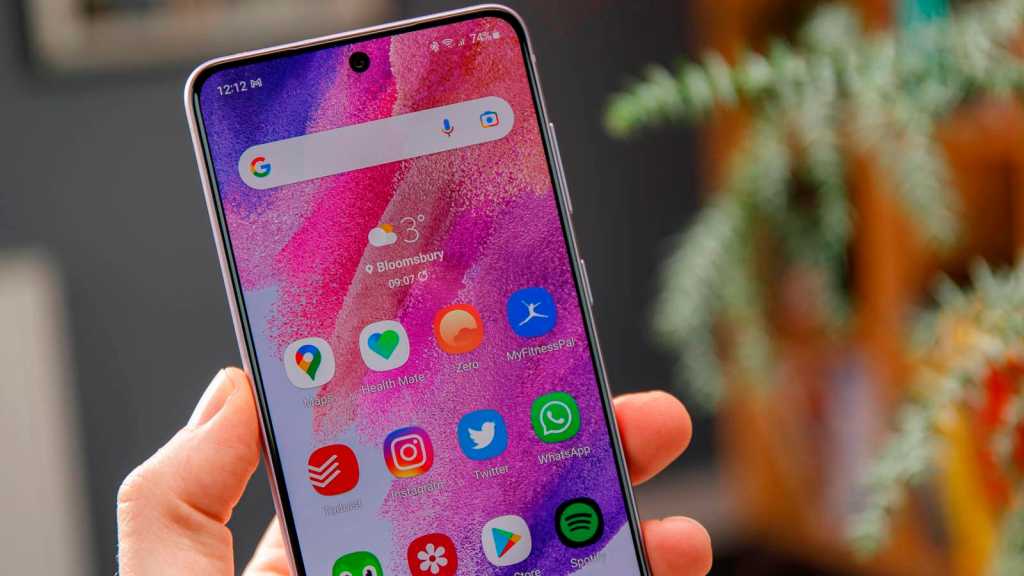 Samsung surprised the world back in 2020 when it unveiled a Fan Edition version of its Galaxy S20. This featured a slightly reduced spec sheet compared to its full-fat sibling, but brought the overall flavour of a Galaxy device to those who didn’t want to spend the ever-increasing amounts that it costs to bag a flagship phone these days.

This was followed by the Galaxy S21 FE a year or so later, and we were looking forward to the Samsung Galaxy S22 FE too, but right now we’re not sure whether or not we’ll get our chance.

When will the Samsung Galaxy S22 FE be released?

We had expected Samsung to launch the Galaxy S22 FE some time around October 2022, shortly after the launch of the Galaxy Z Fold 4 and Galaxy Z Flip 4, but that obviously didn’t happen, and there’s a risk it won’t launch at all.

If the phone is still on the way, it only has a short window to launch in. The Galaxy S23 line is expected to arrive on 1 February, and you’d think the S22 FE surely has to come out before those models arrive.

One leaker thinks otherwise, reporting that that phone’s launch is “almost confirmed” (machine-translated from Korean), but that it seems unlikely to be launched either this month or at the same Unpacked event as the S23. That means that, perversely, the S22 FE may now launch after the S23 phones debut – but would that prompt Samsung to instead brand is at the S23 FE?

To give us some more idea of what to expect, here’s when the previous versions made their debuts:

As you can see, there was a little more than a year between the two devices, but this was mainly down to the S21 FE being heavily delayed due to a combination of Covid-related disruptions to production and the worldwide shortage of processor chips.

Has the S22 FE been cancelled?

The bad news is that there’s a chance the S22 FE isn’t coming after all, with multiple sources reporting on its possible cancellation.

Korean leaker Lanzuk warned the phone wouldn’t launch in 2022, and pointed out that this was the same situation that the Note line was in before it was unceremoniously dropped and folded into the Galaxy S22 Ultra, suggesting that there’s a chance the S22 FE may be cancelled entirely – though the leaker didn’t go so far as to predict that.

Adding fuel to the fire, fellow leaker Chun tweeted in April 2022 that the S22 FE is “not even in development just yet.” Then SamMobile reported based on “multiple sources” that the phone is cancelled, adding that based on its own research it can’t find any sign of a phone numbered SM-S900, which would have been the Galaxy S22 FE’s model number. Worse still, the site suggests that not only will Samsung not release the S22 FE, but that it’s actually canned the FE line entirely.

Korean site The Elec reports slightly differently. It confirms that the S22 FE has been cancelled, blaming that on the success of the S22 Ultra – that phone has sold better than expected, and so Samsung is reallocating components to increase production. On the other hand the site reports that this is only a temporary setback for the FE, and that Samsung will launch a Galaxy S23 FE next year as planned,. with an expectation to produce 3 million units.

Conflicting with all that, leaker RGcloudS (admittedly a source we don’t know too well, so take this with a pinch of salt) tweeted in December that the S22 FE is still on after all, and is instead replacing the A74 in Samsung’s 2023 lineup, even going so far as to predict some specs that we’ll go into below.

How much will the Samsung S22 FE cost?

The phone likely isn’t launching, but we can use the previous models as a baseline of what to expect if the S22 FE somehow does still launch. So, here’s the pricing we’ve seen so far:

While the S20 FE offered both 4G and 5G versions, this settled into the more standard 5G platform for the S21 FE and therefore the S22 FE. Hopefully Samsung will hold its prices for the new model, meaning you should expect shelling out around £699/$699/€749 for the entry-level configuration.

What specs and features will we see in the Samsung Galaxy S22 FE?

As the S22 FE now looks unlikely to launch, there’s little in the way of definitive information regarding what it would have contained.

We did see some interesting rumours though, with a surprising one from Notebookcheck that spotted a post on Chinese social media site Weibo where a tech tipster reported Samsung was considering using the MediaTek Dimensity 9000 chipset in the new phone for 2022.

MediaTek has been building its reputation in recent years, and the Dimensity 9000 marks the first flagship level SoC from the Taiwanese company. It’s on par with the Snapdragon 8 Gen 1, making the S22 FE a potential powerhouse if it does arrive with the new chip on-board.

There is some uncertainty whether the rumoured device is the Galaxy S22 FE or a Galaxy A53 Pro. As the latter doesn’t seem to exist yet (there have so far been no Pro versions of the A-series phones), this either means Samsung is thinking of adding a further tier to its products, or the FE models could be using the MediaTek chips going forward.

Adding weight to this, Business Korea reports that Samsung was looking to use MediaTek chips in both the S22 FE and next year’s Galaxy S23 – though we now know that the S23 will be Snapdragon-only. The report does say that Samsung is likely to use MediaTek chips in “about half of the Galaxy S22 FE smartphones,” though doesn’t predict whether the remainder will be made up of Snapdragon chips, Samsung’s own Exynos chips, or a mix of the two.

Further complicating things, in RGcloudS’s report predicting that the S22 FE will now replace the A74, the leaker makes a different chip prediction: that the FE will use the as-yet unannounced Exynos 2300 chip, one of Samsung’s own pieces of silicon.

Aside from the processor, there have been few other rumours around the Galaxy S22 FE. In fact the only one comes from the same source, who nods to the main camera using Samsung’s own 108Mp Isocell HM6 camera sensor.

We think there’s a good chance that you might have seen a similar spec sheet to that of the Galaxy S21 FE, with the same excellent triple-camera array, gorgeous 6.4in AMOLED display with 120Hz refresh rate, Full HD+ resolution, and centred punch-hole aperture for the selfie camera.

We’ll update this article as more details become available, so be sure to check back periodically. If you want to see phones that you can actually buy, check out our guides to the best Android phones and best Samsung Galaxy phones.