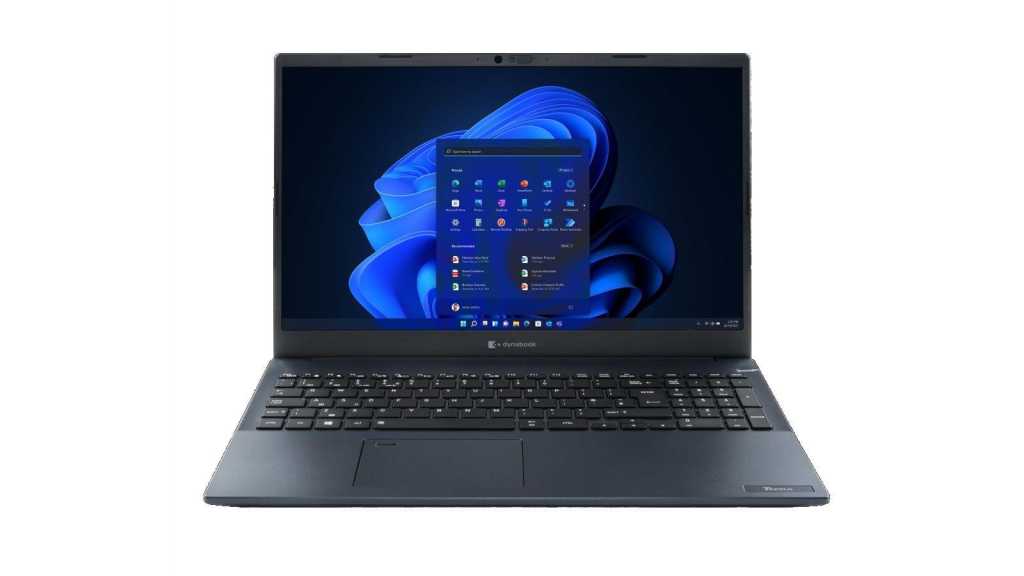 Toshiba rebranded as Dynabook worldwide in 2019, but its classic product ranges aren’t going anywhere. That includes the business-focused Tecra range, with two new laptops announced today. The A40-K and A50-K are designed with flexible working in mind, but don’t sacrifice top-tier security and capable internals.

Both are powered by Intel’s latest 12th-gen processors – a huge upgrade compared to the 8th-gen chips you’ll find in their predecessors. There’s a Core i7 CPU at the high-end, but it’s not clear what entry-level models offer. Likewise, 32GB of DDR4 RAM and 1TB SSD are quoted as the maximum available. We’ve reached out to Dynabook for clarification on the specs of cheaper models.

Display size is the main difference between the two. The A40-K has a 14in screen, compared to 15in on the A50-K. This allows for a separate number pad next to the keyboard. Both offer a choice of 720p or 1080p resolutions, capped at the standard 60Hz refresh rate.

There’s also the option of a touchscreen display and fingerprint sensor, located within the touchpad.

Dynabook specifically highlights the portability of the devices, with both under 20mm thick and the A40-K weighing 1.45kg. However, the larger A50-K comes in at 1.65kg – many 15in laptops are much lighter.

There’s a good reason for this: durability. The A40-K and A50-K both meet the latest military standards (MIL-STD-810H) for toughness. As well as being physically robust, these Tecra laptops can withstand extremes of temperature, humidity and vibration. You also get what Dynabook is calling a ‘spill-proof keyboard’. The company is so confident here that it offers a free repair and full refund if either device breaks within the one-year warranty.

The 53Wh battery in both devices is said to offer up to 10.4 hours of battery life, although real-world usage may be a chunk less than that best-case figure. The good news is support for fast charging, which Dynabook says means empty to 40% in 30 minutes.

You get plenty of ports too, something which is often sacrificed on modern laptops. Two USB-C are joined by one USB-A, HDMI, Ethernet and a microSD card slot. Other features of note include dual-mics, stereo speakers and Windows 11 Pro out of the box.

The Tecra A40-K and A50-K will both be available from the end of April, but only US pricing has been announced so far. A $969.99 starting price makes the larger A50-K slightly cheaper, while you’ll pay $1,019.99 for the entry-level configuration of the A40-K.

The new Tecras are the second major Dynabook launch in just a few weeks. Earlier in March, three high-end Portégé laptops were also unveiled. The X40L-K, X30L and X30W convertible sare all aimed at enterprise and businesses, with starting prices ranging from $1,379.99 to $1,799.99.

Key features include Intel’s latest 12th-gen CPUs, the latest DDR5 RAM and lots of ports. They’re also all extremely lightweight, with some models dipping under 1kg. Like the Tecra laptops, they’re expected this April, although regional availability may vary.

All five new devices face stiff competition when it comes to business laptops, although the Portégé X30W could be a contender for our best 2-in-1 laptop chart. It’s clear the appeal of these laptops extends far beyond just business use.