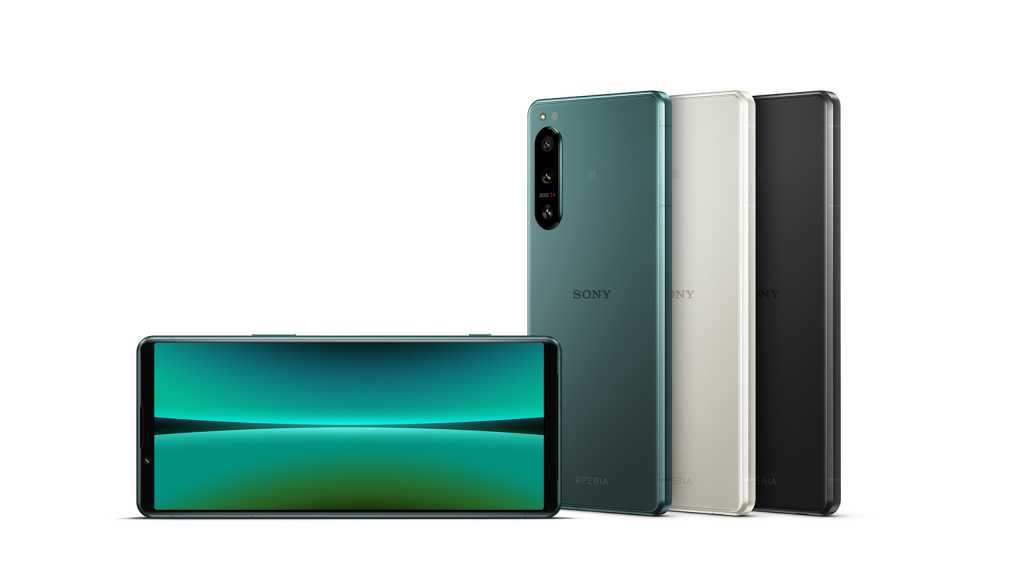 Despite rumours it had been scrapped, Sony is sticking with its small flagship Xperia 5 phones after the announcement of the new Xperia 5 IV at IFA 2022 in Berlin.

A spiritual successor to the Xperia Compact phones of the 2010s, the Xperia 5 IV (that’s ‘five mark four’) stuffs in most of what you’d find in this year’s Xperia 1 IV, losing only screen size and resolution, and the moving optical range of one of its camera lenses.

Here’s everything you need to know about the Sony Xperia 5 IV.

When will the Sony Xperia 5 IV be released?

The Sony Xperia 5 IV will be released in late September according to Sony, with no firm date yet announced. It’s coming to the UK and Europe, and we are waiting to hear if it’ll come to the US.

How much will the Sony Xperia 5 IV cost?

UK pre-orders direct from Sony are live now, and ordering will net you a free pair of Sony LinkBuds S wireless earbuds worth £149. It’s also available on contract from O2 for £34 per month for 3GB data and a £30 upfront cost.

What are the Sony Xperia 5 IV specs and features?

The Xperia 5 IV is basically the Xperia 1 IV but smaller, though with a 6.1in FHD+ HDR OLED display compared to the higher 4K resolution 6.5in of its larger sibling. It also uses Qualcomm’s Snapdragon 8 Gen 1, not the newer 8+ Gen 1 that has delivered better power in phones like the OnePlus 10T.

The 5 IV even has the same size 5000mAh battery as the 1 IV and is the first Xperia 5 phone with wireless charging and reverse charging. It charges at 30W wired, but there’s no charger brick or USB-C cable in the box.

I’m a little cautious about the battery here given I used the Xperia 1 IV for several weeks and its main problem was running and charging incredibly hot – hopefully the thermals are safe in the dinkier 5 IV which might have less room to dissipate heat.

On the plus side, the phone packs in IP65/68 water and dust resistance, Gorilla Glass Victus front and back, and a 3.5mm headphone jack that supports Hi-Res audio playback. Wireless Hi-Res is also here – this thing is fully featured.

Sony is also touting the camera ability of the 5 IV, unsurprising given the Xperia brand has leaned heavily into optics at the high end. Eye AF (auto focus) and object tracking are ported over from the Xperia 1 IV, which itself had adopted it from Sony’s Alpha cameras.

All three of the Xperia 5 IV’s 12Mp rear lenses can record at 4K 120fps in slow motion and the selfie camera can even record in 4K HDR, with Sony bigging up the live streaming capability of the phone for gamers. But the phone also inherits the 1 IV’s confusing array of different photo and video apps, with a main camera app but also Photo Pro, Video Pro, and Cinema Pro, each with varying modes and controls.

Add to that Music Pro, which claims to be able to replicate studio-quality mic recordings, and you have a fully featured device that won’t be for everyone and will have a steep learning curve for anyone wanting to get the most out of it.

I appreciate Sony is sticking to its guns with the Xperia line and producing phones no other company will. The Xperia 5 IV is attractively smaller than most with the same screen size as the Google Pixel 6a, but with a taller 21:9 aspect ratio to watch films full screen, cinema-style.

Disappointingly, this stuffed-to-the-brim mini flagship will only get two Android platform updates and three years of security updates. When Samsung is managing four and five respectively it makes it hard to swallow – particularly when Sony’s target Xperia market seems to be people with specialist needs who might quite like to hold onto a phone as a professional tool for more than a couple of years.

It also goes against the eco-friendly message the company leant into when it stressed its packaging is plastic-free and the phone doesn’t ship with a charger or cable.

It will be available in black, white, and green, and we will have a full Sony Xperia 5 IV review soon on Tech Advisor. Our best Sony phone chart gives you an idea of what to expect.

We’ll be updating this article as more details become available, so check back regularly to see what we uncover. In the meantime, you can also read our roundups of the best Android phones and best phones coming in 2022.