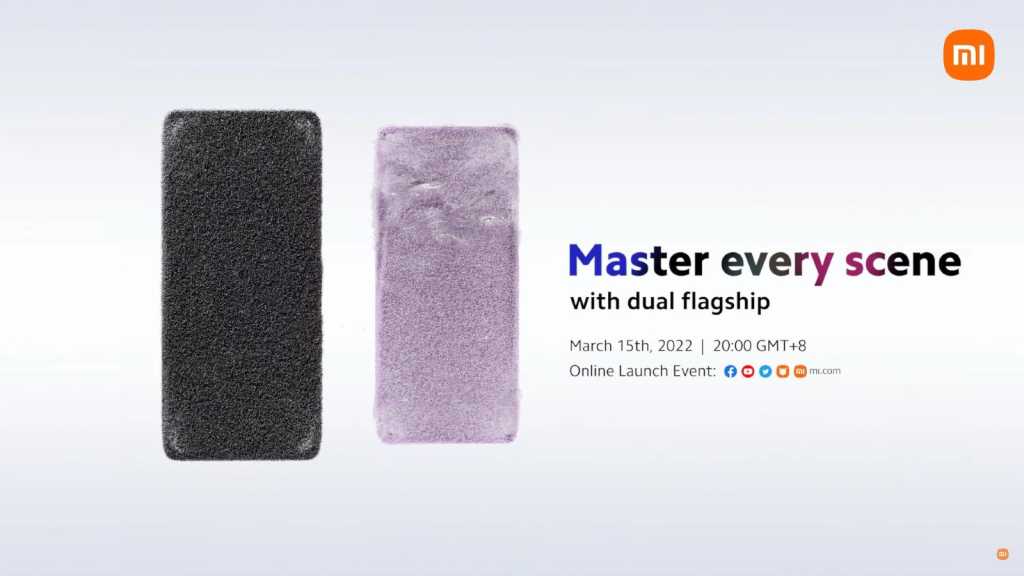 After a China-only release at the end of December 2021, the Xiaomi 12 series will be launching globally.

Packing Snapdragon 8 Gen 1 chips and some enviable camera tech, these phones are anticipated to be some competitive models in the Android space. If you would like to tune into the launch as the phones are announced, then we have everything you need to know.

You can also take at our Xiaomi 12 round-up for all the spec information we have on the phone range so far.

When is the Xiaomi 12 series launch?

The global launch of the Xiaomi 12 will take place today, Tuesday 15 March 2022 at the following times:

How to watch the Xiaomi 12 series launch

We’ve embedded the stream below, so you can bookmark this page and watch along when the event is live.

What will Xiaomi announce at the 12 series launch?

Both the 12 and 12 Pro boast that flagship Snapdragon 8 Gen 1 chip, whilst the Pro model features three 50Mp cameras. We should also find out the global pricing and release dates for the phones at this event.

Leaks have also suggested that we may see the 12 Lite, 12 Mini, and 12X Pro eventually, but we doubt that these will be unveiled at this launch event.