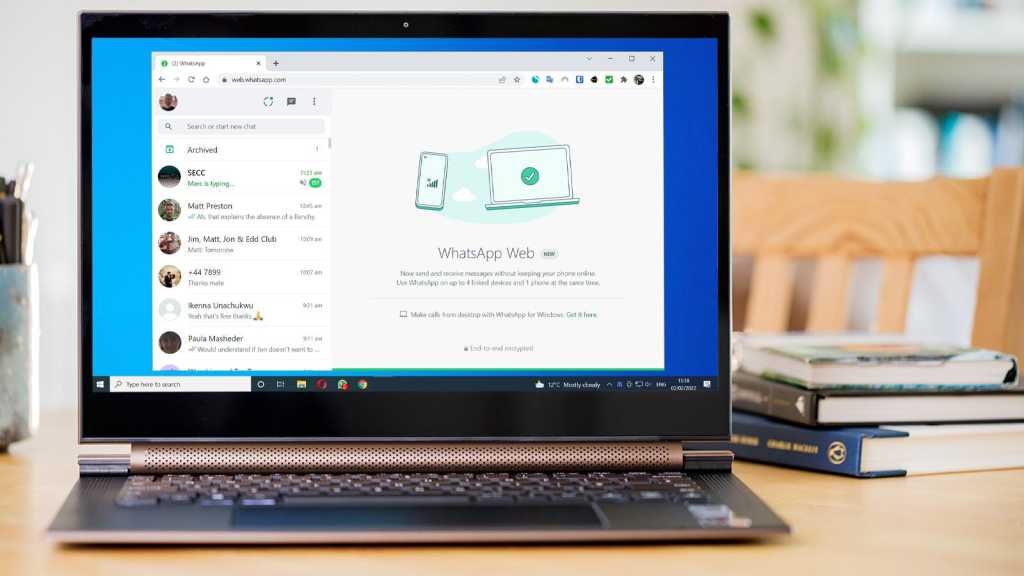 Although you can’t yet use WhatsApp on more than one phone at a time – something that frustrates many of its users – it is possible to be signed in on multiple devices, such as laptops, PCs and tablets.

That’s thanks to a fairly new feature that allows you to access your messages on a computer even if you don’t have your phone nearby. It also means that a lot more people are using WhatsApp in their browser as it’s far quicker to type replies on a desktop keyboard than on your phone screen.

It’s certainly convenient, but a web browser is also the least secure way to use WhatsApp.

Messages are still end-to-end encrypted, but the web ‘app’ is the riskiest one to use. That’s because – like all web apps – it’s served directly to users and doesn’t get checked for malware by third-party app stores. In theory, you could inadvertently install a malicious browser extension that could compromise that code and pose a security risk.

However, starting today, you’ll be able to install a browser extension called Code Verify that takes away the risk of using a tampered-with WhatsApp Web. You’ll find it in the extension stores on Chrome, Firefox and Microsoft Edge.

When you go to web.whasapp.com, it checks that the code has not been altered in any way and confirms this so you know it’s safe to use. This extra layer of protection means WhatsApp offers the highest level of security (when using the web app) of any end-to-end encrypted messaging service.

Code Verify comes from WhatsApp’s parent company Meta, and is auto matically pinned to Firefox and Microsoft Edge browsers, but Chrome users will have to pin it manually. You’ll need to do this so you can see the green indicator on the extension’s icon that tells you everything is ok. (If it isn’t, it’ll be amber or red.) 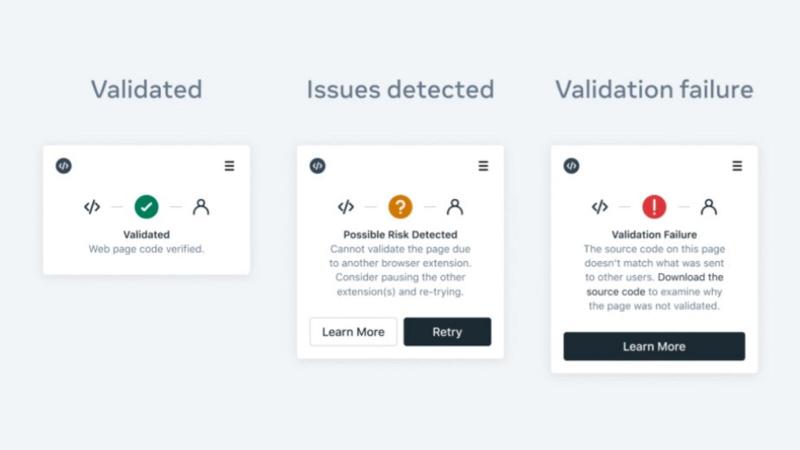 Verifying code is nothing new, but using a browser extension which automates the process whenever you go to the WhatsApp Web is, and the Code Verify extension itself is being open sourced so that it can be used for other web apps besides WhatsApp.

Open source also means anyone can look at how the extension works and see that it doesn’t share any data or metadata with WhatsApp, can’t read the messages you send and receive. In fact, neither WhatsApp nor Meta will even know you’ve downloaded the extension as it’s completely separate from WhatsApp.

In any case, this is great news for WhatsApp Web users, as they’ll be able to see at a glance whether or not it’s safe to use on any given day.