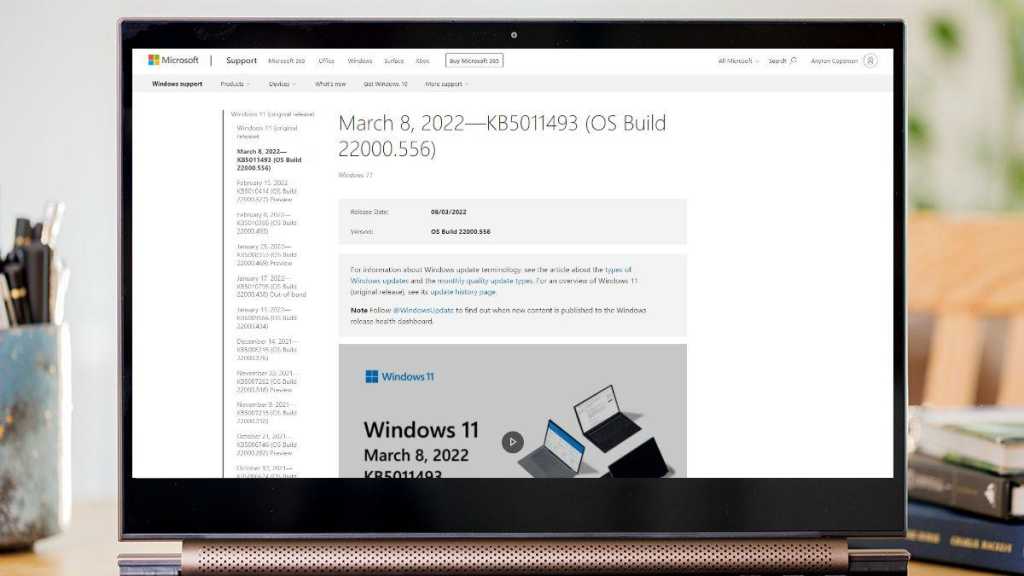 Microsoft has released its latest round of monthly security patches, with the March versions targeting a total of 71 vulnerabilities. 41 of these focus on Windows, most of them split between Windows 10 and Windows 11. Two are even marked as critical, so it’s worth updating your device as soon as possible.

However, Microsoft has taken the unusual step of adding new features in a security update, with version KB5011493 adding two key features to the Windows 11 taskbar. The return of the time and date on all external monitors (in its traditional bottom-right corner location) is a Windows 10 feature that was removed with the introduction of its successor. Interestingly, Microsoft describes its reintroduction as a “bug fix”.

Another change sees the current weather now integrated into the taskbar. You might think this is another Windows 10 feature, but the Windows 11 version sees it double as a button to launch Widgets. This automatically opens when you hover over it, which can be problematic for some users.

It’s also worth highlighting one of the key bug fixes in Windows 11’s KB5011493 update. Under certain circumstances, Windows 11 wouldn’t delete all personal files when performing a factory rest. This specifically occurred when folders within File Explorer contained any repaired data, but it’s now been resolved.

Since the release of Windows 11, AMD-powered devices have suffered from performance issues on two separate occasions. The first came in October, shortly after the new OS was released, before another problem was reported in January. Both also affected Windows 10, with patches fixing the problem but unable to identify the case.

However, AMD has now managed to do just that. In an official support article, the company says it has determined the specific problem related to the Trusted Platform Module (TPM), which could “lead to temporary pauses in system interactivity or responsiveness”.

A permanent fix will require an update to the BIOS of affected devices, which AMD says will be available in May 2022.

Looking further ahead, Windows 11’s 22H2 feature update is expected to arrive in July. But Microsoft has scrapped its plan for new features only once a year, with the February update likely to be the first of many.