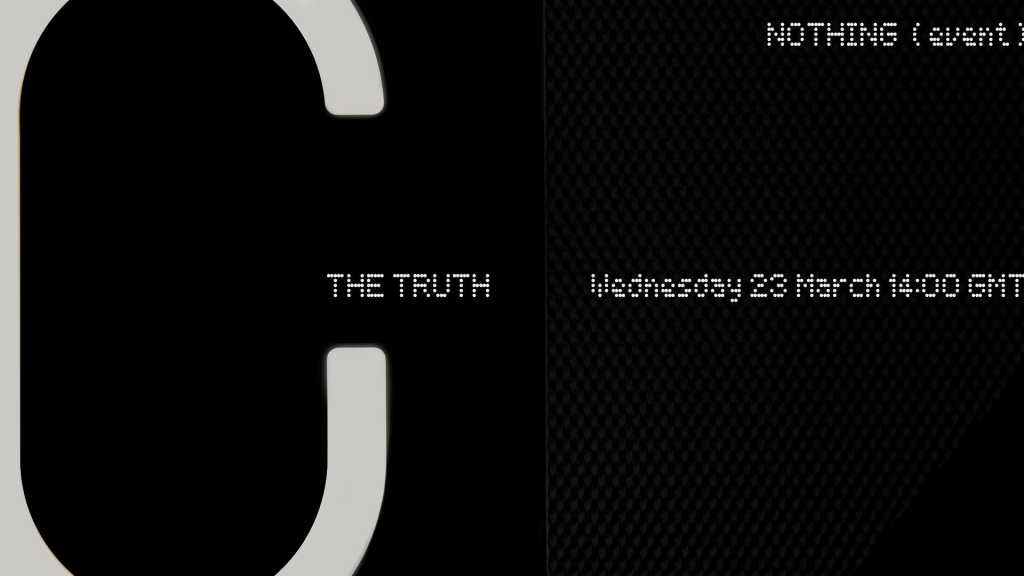 Nothing has confirmed that its first event for 2022 will take place on 23 March. Entitled ‘The Truth’, it could be where the firm announces its first smartphone.

The company, founded by OnePlus’s Carl Pei, has so far only launched a pair of wireless earbuds but we’ll soon find out what’s in store for this year. With Pei’s experience in the phone industry, speculation about a Nothing phone has been present since the start.

The timing is interesting, not least because a photo showing what we can confirm is Pei in the VIP area of Qualcomm’s booth at MWC (Mobile World Congress) was posted on Twitter by @evleaks just two days ago.

It appears that Qualcomm’s CEO Christiano Amon is showing Pei a black phone, perhaps a prototype or reference design.

Sadly, there’s little else to gain from the image but Nothing has reiterated that it is working on creating “new product categories in partnership with Qualcomm Technologies and its Snapdragon platform.”

The Snapdragon platform powers plenty of other devices, though, including smartwatches, tablets and more. A phone seems the most likely though as, after all, it’s been over a year since the firm acquired the brand behind the Essential Phone.

Following the naming system for the Nothing ear (1) wireless earbuds, the smartphone could be called the Nothing phone (1).

There’s little to gain from the event invite above, beyond ‘C The Truth’ being a play on the phrase ‘see the truth’ and the texture that forms the background of its right-hand side resembling fabric. This could perhaps be used on the back of a device or for a case.

The main thing we know about The Truth event is that Nothing will be looking for a second round of community investment. The first round – just over a year ago – hit the $1.5m target extremely quickly, setting a record for $1m raised and leaving plenty of would-be investors disappointed, having missed out.

This time around it should be a little easier, with a much larger target of $70m. As well as ‘new product categories’ the money will be used to establish the company’s planned London Design Hub, led by ex-Dyson Head of Design, Adam Bates.

“With this round of financing, we have the fuel to realise the next phase of our vision of a seamless digital future,” said Carl Pei.

While the event might be focused on investment, Pei and his team may reveal what types of devices will be coming to its “series of seamlessly connected products”.

You might be interested in what Pei said on Apple’s past and present framing Nothing’s future at MWC this year, too.