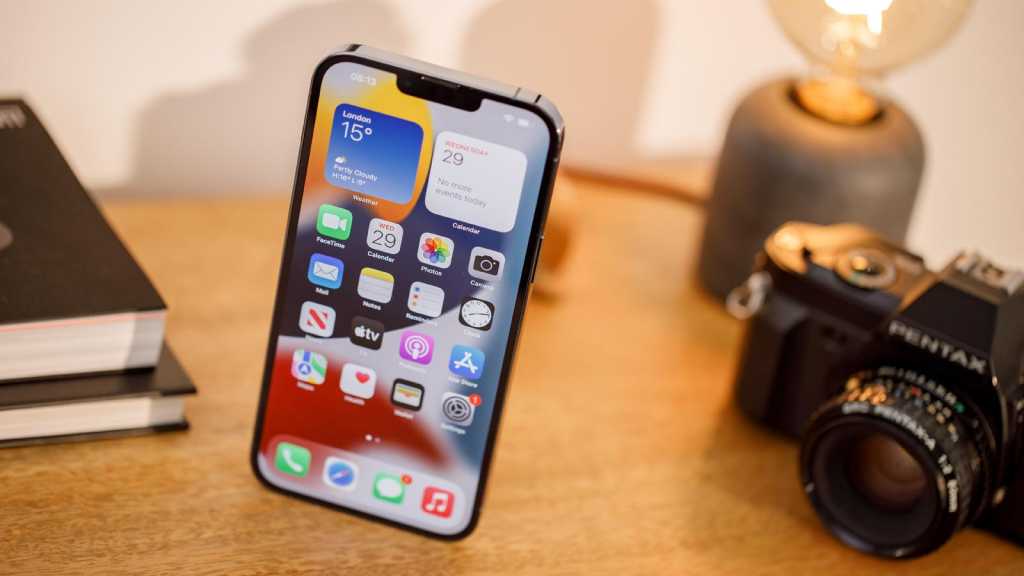 At Apple’s spring launch event, where it announced the iPad Air 5, iPhone SE 3 and a brand new Mac Studio, it also unveiled two new green colours for its iPhone 13 range.

It said that the new phones will ship with iOS 15.4, the latest software update which allows Face ID to work even if you’re wearing a mask.

If that sounds a bit like déjà vu, you’re not going mad. Previously, it was possible for mask wearers to use Face ID, but only if they were also wearing an Apple Watch.

It was the presence of the Watch which unlocked the phone: Face ID wasn’t actually used. But with this update, Apple has worked out a way to scan just the upper part of your face to identify you, so once iOS 15.4 is installed, you’ll be able to unlock your iPhone when wearing a mask even if you don’t have an Apple Watch.

We’ve written a separate guide on how to enable the feature – it’s pretty simple, as you might imagine.

Apple didn’t specify an exact date on which the update will drop, only saying it will be available “next week”. It may choose to release it on the same day – 18 March – the new green iPhones go on sale, but it could be as soon as Monday 14 March. Just keep an eye out in Settings if you’re desperate to have this capability.

There are a few other goodies in iOS 15.4 including a new Siri voice, 36 new emoji, expanded language support for Visual Search and its new Tap to Pay feature.

The latter is only in the US for now, but allows compatible iPhones to be turned into mobile payment terminals – something that could well be useful for microbusinesses as they will no longer have to have a separate device (such as those from Square or iSettle).

There’s also a new safety feature for AirTags: a notification that warns people not to use them to stalk people. It may not sound much, but it bolsters the anti-stalking features already added to iOS recently.

iOS 15.4 is compatible with all iPhones, right back to the iPhone 6S.