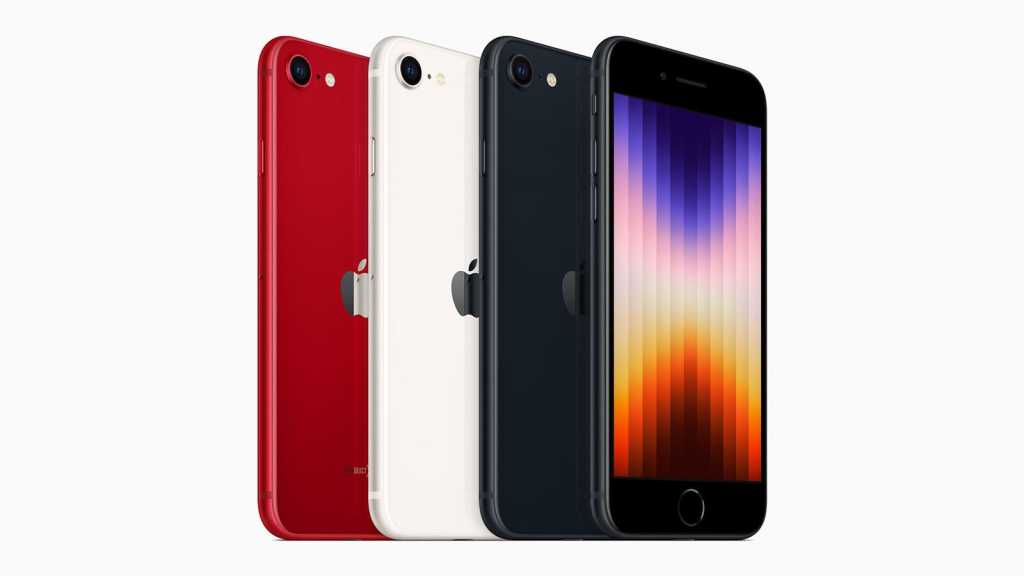 The new iPhone SE is here.

Or is it? To be honest, it looks quite a lot like the last one, released in 2020, which really looked a lot like the iPhone 8, which came out in 2017. Although, if I’m being honest, that didn’t look so different from the iPhone 6, which launched way back in 2014.

If I’m feeling charitable, that makes this a five-year-old design, but really it’s more like eight. That’s a design language that comes from a time when Google still made Nexus phones, Samsung made Notes, and LG, HTC and BlackBerry still made phones at all.

There are advantages to this, of course. It’s a comfortable design and a familiar one. There’s space for the Home Button, which means Apple stills sells one iPhone with Touch ID for those understandably reluctant to give it up forever, and users are saved the inconvenience of learning to control their phone almost entirely with swipes.

There are also accessibility benefits to retaining a physical button, though it feels like a bit of a fob to those with accessibility issues to tell them they should put up with aged aesthetics and a tiny, sub-HD display in order to be catered to.

It gets worse. Not only has Apple retained this, *ahem*, “classic” design, it’s decided to charge more this time around (at least in the US). While 2020’s iPhone SE started from £419/$399, the new model begins at £419/$429; at a time when many in the SE’s target market are feeling the pinch of rising living costs. Those Home Buttons must not come cheap, apparently.

There are strengths to the new iPhone SE, of course, and it’d be remiss of me not to mention them. Wireless charging and an IP67 water-resistance rating, not to mention a glass and aluminium body, help the SE stand out from the mid-range crowd.

It also uses the same A15 Bionic chipset as the iPhone 13 series, and as a result, will be comfortably more powerful than any Android in its price range.

Even here there are question marks, though. Once again Apple has omitted Night Mode from the 2022 SE’s camera app – despite the phone possessing plenty of power to support the feature – and there’s no sign of the Cinematic video recording either.

With an A15 inside the phone, it should happily handle either, suggesting Apple has chosen to artificially hobble the SE’s camera to keep people buying more expensive iPhones too; especially unfair given the camera hardware is already comparatively modest: a single rear lens that’s also a hangover from the iPhone 8.

If there’s a real advantage here though, it’s longevity. While a few Android manufacturers – especially Samsung – have made real strides in promising long-term software updates to devices, few have extended those update promises all the way to their cheaper phones.

Shipping with iOS 15, the 2022 SE is likely to continue receiving software support for five years or more, and will be a safer bet for the price-conscious who want to use the same phone from now until 2027, by which time the design will be 13 years old.

To put that in perspective, this is what iPhones looked like 13 years ago:

It’s a perversion of the natural order that Apple – of all companies – is pushing ugly hardware while promising performance, while its rivals continually experiment with aesthetics.

That’s even true for cheap phones. The Realme 9 Pro and 9 Pro+ both cost less than the new SE, but feature a novel UV-reactive design that changes colour in sunlight. Love the look or hate it, at least Realme can be bothered to try.

Then again, even Apple wouldn’t need to try especially hard. It already has the iPhone 12 mini and 13 mini design ready to go. They’re even smaller and lighter than the new SE but feature larger displays and a design that belongs in this decade.

Apple has the rest of its portfolio to consider too, and is no doubt worried that an affordable SE with an updated design would cannibalise the already meagre sales for the two mini models.

To be honest, it’s probably made the right call and this SE will probably sell well, just like the last one did. But part of that is down to a captive audience of Apple users who just need an affordable iPhone, and are stuck buying whichever version Apple deigns to grant them.

If that’s you, then I’m here to tell you: you deserve better. There are better cheap phones out there – but I’m afraid they all run Android.