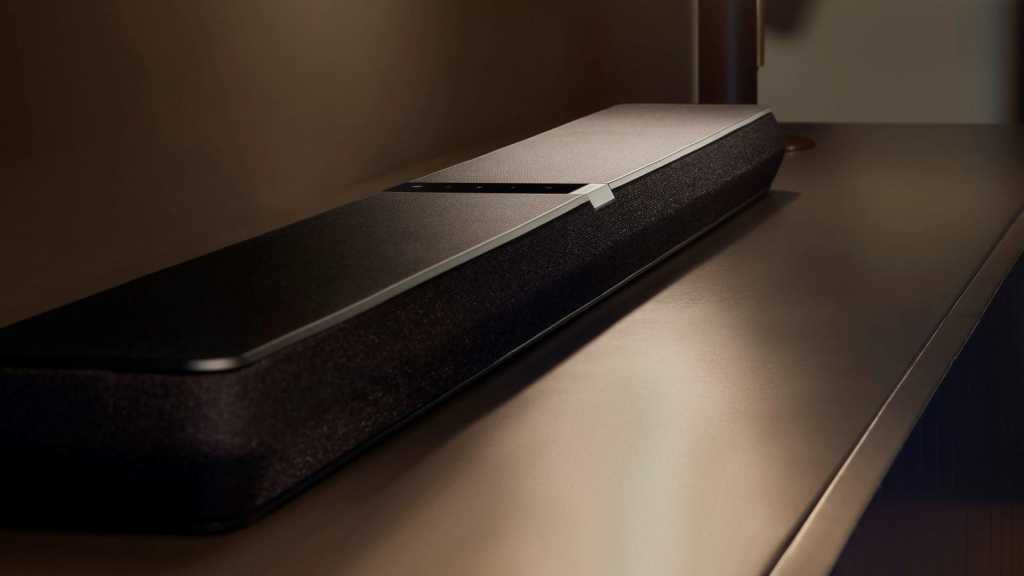 Years after the release of its predecessor, Bowers & Wilkins has finally updated its premium soundbar. The B&W Panorama 3 is set to arrive this month – and it’s the firm’s first to offer Dolby Atmos.

Following on from the resurrection of the Zeppelin wireless speaker last year, the Panorama 3 aims to deliver “the ultimate one-box immersive audio experience”. Landing almost a decade after the Panorama 2, it is pitched at customers who simply want a plug’n’play upgrade to the sound from their TV.

To this end, the Panorama 3 isn’t designed to be used with other speakers like a subwoofer or surround sound satellites. Instead, Bowers & Wilkins has designed it to have everything you need in one neat package.

The soundbar has no less than 13 individual drive units – that’s two more than the Sonos Arc – which are arranged in a 3.1.2 configuration with a total output of 400W.

B&W says the soundbar is designed to “excel with spatial audio soundtracks” with 50mm drive units “carefully angled on the top of the soundbar enclosure to deliver optimal immersion,”. It’s not all down to speakers though; the drive units are “accompanied by a sophisticated Dolby Atmos decoder and processor to deliver great sound from spatial audio soundtracks on TV, film, game and music streams.”

Speaker tech aside, there’s HDMI eARC as well as optical for connections, and the Panorama 3 supports wireless standards such as Apple AirPlay 2, Spotify Connect and aptX Adaptive Bluetooth. 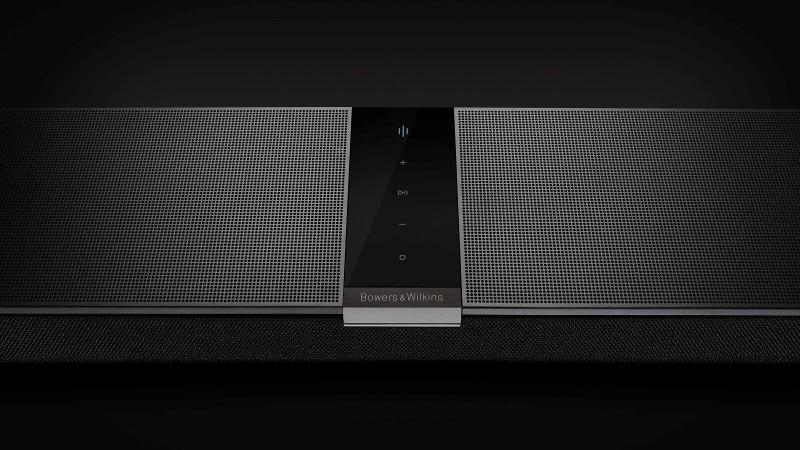 Built-in microphones and support for Amazon Alexa mean you can take control of the Panorama 3 with your voice, but the firm has no current plans to add Google Assistant. It has been confirmed that a firmware update shortly after launch will add multi-room support so you can use the Panorama 3 with other Panoramas, Zeppelins and Formation speakers.

The design is just 65mm high and the speaker only comes in black in order to be as discreet as possible. A ‘hidden’ touch-sensitive control panel on the top of the Panorama 3 (see above) lights up when you put your hand near it.

It also comes with a wall-mounting bracket in the box for anyone who doesn’t have their TV on a physical stand. At 1210mm wide, it’s designed to roughly match the size of a 55in TV.

The Panorama 3 is available from today for £899/US$999/€999 from the Bowers & Wilkins and selected retailers with stock expected to ship towards the end of March, we’re told.