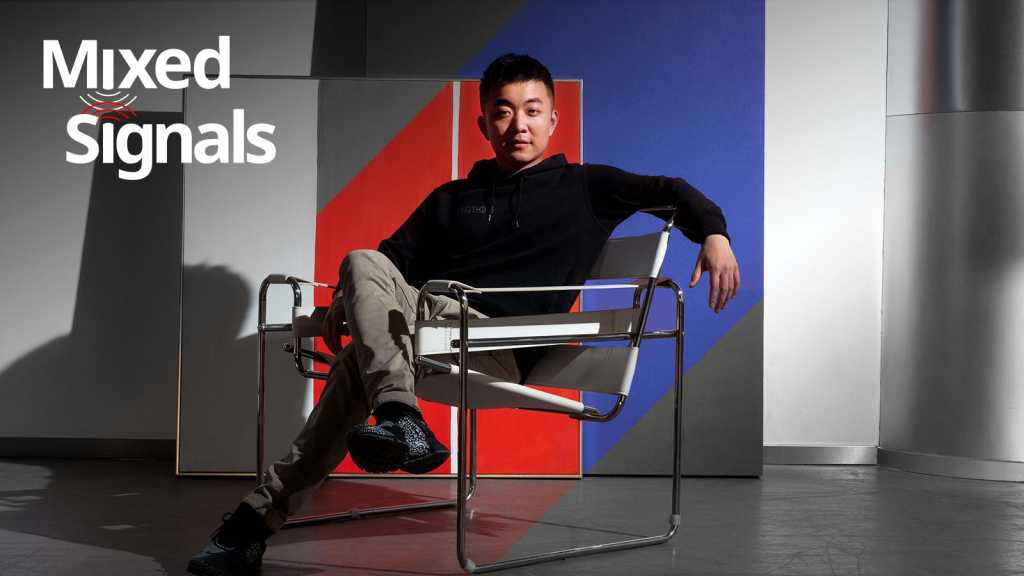 In the midst of Mobile World Congress 2022, I was able to attend a press roundtable with Qualcomm Europe’s President, Enrico Salvatori, alongside Carl Pei, Co-founder and CEO of Nothing; hoping to learn more about this latest relationship and the products or projects that we can expect from the pair.

Contrary to the hopes and expectations of the tech press and enthusiasts alike, intimate details of Nothing’s long-rumoured smartphone weren’t divulged at this particular meeting, with Pei saying little on the subject beyond, “we’re not commenting on future categories.”

However, TechCrunch later reported that Nothing was apparently showing off a proof-of-concept behind (other) closed doors at the show, suggesting a phone might make its debut sooner rather than later.

Salvatori spent the opening moments of the 15-minute session extolling Pei and his company by saying, “Carl, with his new initiative, has definitely been a dear partner for us. Sharing the same DNA in terms of innovation, testing, trying, exploring new areas, and so very happy to be with him today.”

As reported by the likes of Forbes, the partnership that Salvatori is referencing was first announced in October last year, after the London-based startup secured an additional US$50M in Series A funding; destined for product research and development.

The chipmaker’s involvement reportedly includes supplying Nothing with its Snapdragon hardware for use in ‘future products’, implying mobile applications; leading many to assume a smartphone was next on the cards. Less likely alternatives that could still manifest include XR devices – akin to Meta’s Quest headsets – or laptops running on the company’s connected mobile compute platform.

In contrast to Qualcomm, which had numerous announcements to share during this year’s Barcelona-based trade show, Nothing remains a mysterious entity in the consumer tech space. Even by Pei’s own admission, the silence on either side of the release of its debut product – last year’s Nothing Ear (1) true wireless headphones – has been nothing short of deafening.

“It feels great to be back!” He began. “I’ve been quite quiet for the past one and half years, but I’m happy to be back… happy to start telling the world what we’re building over here.”

Pei laid out the foundation of his move into the technology market before voicing how he hopes Nothing will address the shortcomings that consumers face, based on the lacklustre offerings up by today’s biggest players.

“As a kid, I was a real tech fan. I was one of the first kids in my school to have an iPod and I was the first with an iPhone; I was also the first kid who bought an Android phone out of everybody I knew.”

As for the relationship between consumers and the industry right now, he explained, “I feel like the entire society has a more and more negative view of technology. It’s not inspirational anymore and that’s the founding purpose of Nothing… How can we make people believe that technology can actually make our lives better like it was many years ago?”

‘Ecosystem’ seems to lie at the heart of Pei’s game plan. While to some, examples like Samsung and even Huawei exist, in Pei’s eyes, nobody has created as cohesive a product ecosystem as Apple’s.

“There’s no alternative to Apple, and what I mean by that is their ecosystem. So all their products work well with each other… but if you look at a Windows PC and a pair of speakers from Sonos etc. you don’t have that same integration as the Apple ecosystem; so why can’t there be another option on the market?”

He continued, “Personally, I think what makes Apple really strong is their software and hardware integration… That’s what we’re trying to build, that product ecosystem and connectivity layer that just brings that level of experience: another choice.”

While it’s difficult to see how Nothing’s approach will revitalise consumers’ interest in technology without being able to see a roadmap for this all-important ecosystem, it’s that clear Pei working from a pretty tried and true framework.

Even if this isn’t the order in which Apple played things, the pairing of a smartphone and a set of true wireless buds makes for an obvious first step – with regards to building a consumer product ecosystem. Beyond that, however, right now nothing is certain but the unforeseen.